More than decorated skulls: What is the Day of the Dead and how is the holiday celebrated?

community » Discussions » Category » News & Politics » Discussion » More than decorated skulls: What is the Day of the Dead and how is the holiday celebrated?

The Day of the Dead holiday is not part of Halloween. It honors the dead with offerings, food and more. It has roots in Aztec and Catholic beliefs.

Dia de los Muertos or Day of the Dead is much more than orange flowers and decorated skulls. The holiday dates back to the Aztec empire and honors the dead. 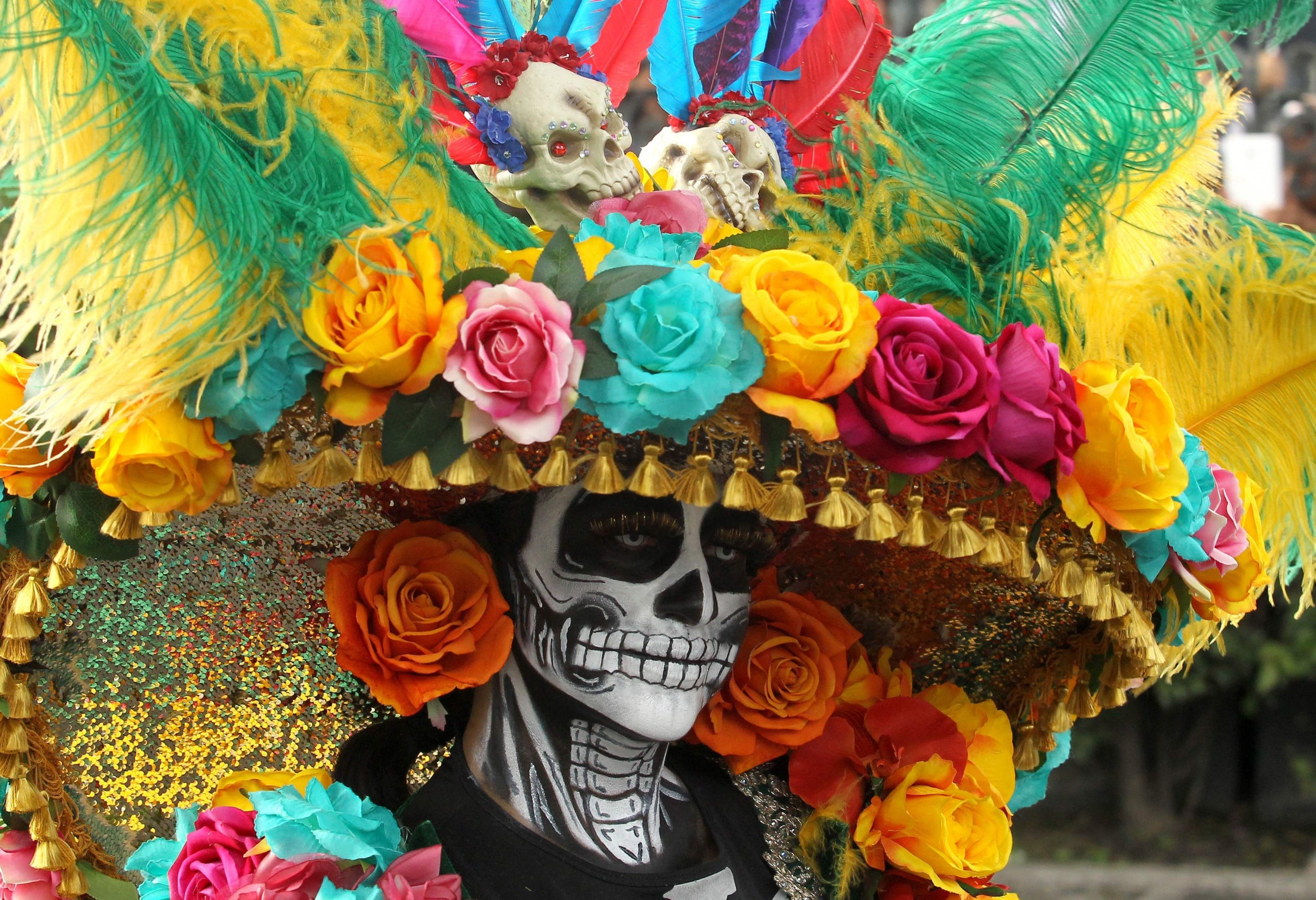 Over 2,000 years ago, the Aztecs believed the spirits of their ancestors passed on to the underworld. When a loved one died, the Aztecs placed skulls on Aztec temples to honor the person and skulls still remain part of a tradition passed down over centuries.

Some are quick to equate the holiday to Halloween due to the painted skulls and decorations, however the Day of the Dead has distinct customs and beliefs. The holiday has roots in Aztec and Catholic beliefs and is usually celebrated on Nov. 1 and Nov. 2.

The Day of the Dead: Details of the Aztec holiday to remember lost loved ones, explained

Before the COVID-19 pandemic, each year Amar de la Cruz traveled to celebrate the holiday with her family in Mexico City. De la Cruz said the Aztecs and her indigenous family see death as something to be celebrated and often unleash monarch butterflies right after someone dies. She said the Aztecs believed the souls of the deceased returned as monarch butterflies or humming birds.

"It's not Halloween and it's also not a holiday where we just paint skulls. We are honoring Catholic and Aztec traditions and we are celebrating great souls that died and moved on," De la Cruz told USA TODAY. 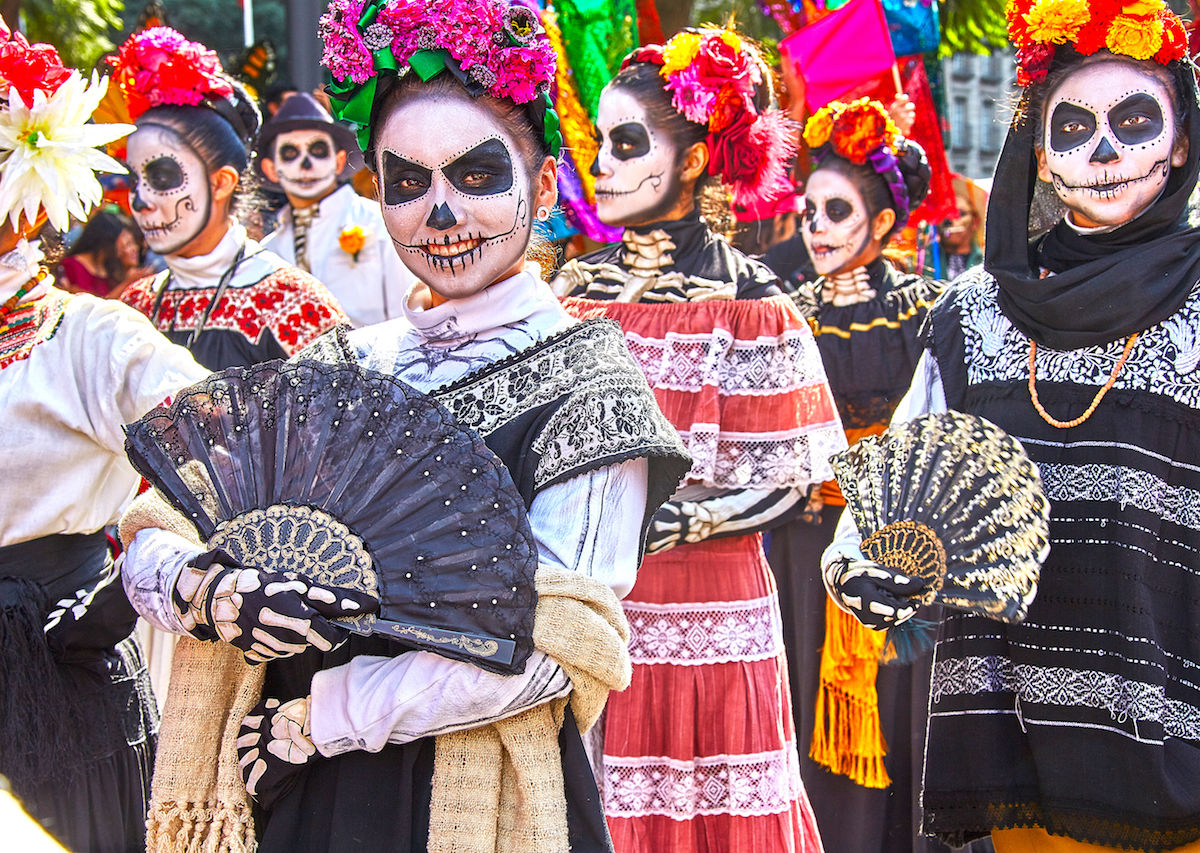 How is Day of the Dead celebrated?

The Aztecs had their own month-long Day of the Dead festival that fell during the month of August on their calendar. In the post-Spanish conquest era, the celebration was moved to November to coincide with the Catholic holidays of All Saints Day and All Souls Day.

Over time, the Day of the Dead celebrations were infused with both Catholic and Aztec customs, according to Rebecca Cuevas, professor of Mexican studies at the University of Northern Colorado.

The dead are often honored with "ofrendas," or offerings, including candles, food, photographs and Mexican marigolds, known as cempasuchiles. Catholic symbols including crucifixes are a large part of Dia de los Muertos and celebrants offer Catholic prayers to honor the dead as well.

Cuevas said most Mexican families cook tamales, rice, and sweetbread rolls and place the meals near a table or a grave to commemorate their loved one. The belief is that the deceased will "feast and be merry" with the foods displayed.

"Each flower, each meal and decoration is offered to honor our ancestors and those who have recently died. The prayers and the offerings are a mix of our indigenous and religious beliefs," Cuevas told USA TODAY. "The meals and plans for Dia de los Muertos is planned weeks before."

Who is the 'lady of the dead'?

"She ruled the underworld and in our history was often depicted with a smiling skull which is why you see so many painted and grinning skulls during the holiday. They represent the goddess and departed souls," Cuevas said.

The Mictecacihuatl origin story goes something like this: She was sacrificed as an infant and grew into adulthood in the underworld. She became the queen once she married Mictlantecuhtli, the king.

She plays a huge role in the Day of the Dead traditions and is believed to be present at every gathering to recognize those who have died.

What are common 'ofrendas' given?

Ofrendas are placed around a temporary altar for loved ones, the purpose is to honor the deceased and provide them with "items they need for their journey," Cuevas said.

Families often place photos, drinks, food and personal items like a scarf or shirt down on the altar. Some include the four elements such as water, wind, earth and fire to their ofrendas. Cuevas said families leave water for the spirits' thirst and papel picado, which is a traditional paper banner, to represent the wind. Food is in honor of the earth and candles are meant to be fire to light the way for the spirits.

"My uncle died three years ago and as an ofrenda we made his favorite soup, placed bread and photo of his family at his altar. We often place large candles so his spirit can find the way to the altar," De la Cruz said. "All our customs may sound silly but it's our way of honoring those who have left."

It's not uncommon to see bottles of tequila at altars or find marigold flowers on sidewalks so spirits can find their way to their families, Cuevas said.

"It's a beautiful holiday over two days and it's unlike I think any holiday or customs out there. The ofrendas, the food and the connection to our ancestors is a powerful thing," Cuevas said. "For us it's more than just a holiday or festival, it's sacred."

I think i first heard of this mexican festival when i watched the movie Under The Volcano back in the 80's.