The problem for evangelicals is that the Bible is quite clear around the issues connected to social justice. Ignoring these issues requires completely ignoring the teachings of Jesus. It is fascinating to me, in a grim way, that the very people who claim to be holding onto the true form of Christian faith are in fact committed to destroying it. 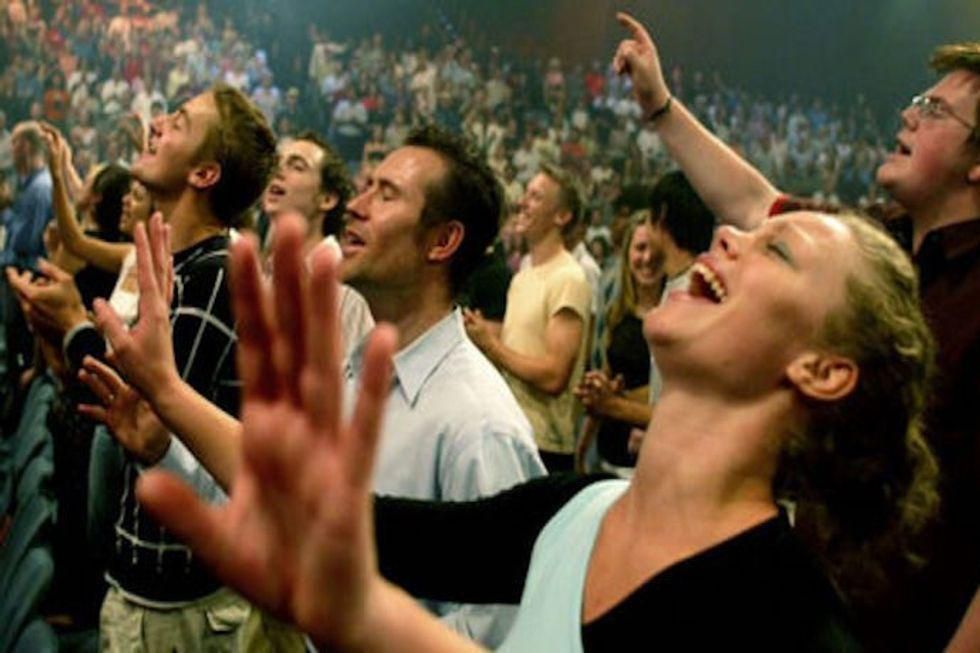 Like so many people in the working poor, I have lost a lot more than I have won in this life. I have been laid off four times. I have lost a house and a car. I owe more on my student loans at 45 than I did at 25. Like millions of others in the working class, I have never stopped working — I've done every job you can imagine and I will continue to fight for a better life for my daughters, and my working-class brothers and sisters until my last breath. As an ordained minister trained at an evangelical seminary, I find that motivation to fight for the least of these within what is called the "social justice gospel." In recent years, however, that gospel has been twisted by the evangelical Republican machine, which now seeks to instill the belief that social justice is the gospel of godless socialism and communism.

This article   first appeared in Salon .

Over the last few years, the evangelical movement has gone to great lengths to vilify any message coming out of any church that connects with the social justice movement. In a brief statement widely circulated in the evangelical world, prominent Christian leaders and pastors have claimed that the social justice movement is a danger to Christians, "an onslaught of dangerous and false teachings that threaten the gospel, misrepresent Scripture, and lead people away from the grace of God in Jesus Christ."

The problem for evangelicals is that the Bible is quite clear around the issues connected to social justice. Ignoring these issues requires completely ignoring the teachings of Jesus. It is fascinating to me, in a grim way, that the very people who claim to be holding onto the true form of Christian faith are in fact committed to destroying it.


Connecting the social justice agenda to socialism is an intentional lie — although of course it's true that Christians can be socialists, and vice versa. The Christian faith pushes its followers to fight for equality of opportunity, and teaches a belief in the possibility for every individual to be better, if given the chance. Our faith calls for providing every human being a chance to succeed while offering the basic need of forgiveness, grace, mercy, and love.

No one exemplified this calling more than a dear friend of mine who died a couple weeks ago. Her name was Gale Hull, and she created the finest example of a mission organization I have ever come across. Her organization, Partners in Development, started its work in Haiti and brought its mission to Guatemala, Peru and rural Mississippi. Her beautiful idea of "whole-person change" provided the opportunity for thousands to have a better life and inspired thousands more to be better people.

Gale understood that people needed an opportunity. Through a mortgage program, micro-business loans, child sponsorship and free medical care, families thrived. People within the program pay for their own homes with money they earn from their own businesses while having their basic needs of education and health met. That is the type of social justice that lies at the foundation of the Christian faith.

I have worked as a career and life coach for first-generation immigrants and low-income folks for more than 20 years, and I can say with authority that most people just want an opportunity to succeed. The people I have worked with desire an opportunity to earn their keep, provide for their family and, most important of all, the chance for life, liberty and the pursuit of happiness.

These political distortions within the evangelical movement are far advanced, and will be difficult to overcome. I still want people to understand that hateful and judgmental language has nothing to do with the core of Christian faith and everything to do with false evangelical hypocrisy. The truth is that the Christian faith should be used as a shield for the oppressed and a sword against the oppressors. The working poor have been completely ignored by the evangelical movement and it's time for people of good faith to find themselves some new leaders. Preferably among people who want to follow the teachings of Jesus Christ, not the teachings of Donald Trump.

There are millions of people in the U.S. who remain in the working class, struggling to make a living and pull ourselves up just a little. We will continue to work our tails off. We manage your buildings, install your toilets, build and clean your homes, deliver your packages, teach your children, bag your groceries, serve your food and do the rest of the grunt work no one else wants to do. Many within the working class will keep fighting for the American dream, and will keep on losing a lot more than they win. Some of their dreams will be lived out by their children, and too many will not. But the fight never ends. My dream is that people of faith and people of conscience, especially if they have voice, power and influence in our society, will begin to align with the idea of equality of opportunity. That would be doing God's work for real.

I agree with the article, but I dont see why anyone thinks this is new. This demonization of "social justice" by evangelicals has been going on for quite a few years now.

That is why they are evangelicals. The don't have to follow any set doctrine.

They can do and say whatever they want without any pushback from any organization.

( christianity ) died eons ago.  But has recently recommitted suicide when it entered the pact with Trump.

In recent years, however, that gospel has been twisted by the evangelical Republican machine, which now seeks to instill the belief that social justice is the gospel of godless socialism and communism.

OK, well to be fair, at least some of the earliest Christians might actually have been communists. They just weren’t godless communists.

Lucien, a Greek satirist of the early 2nd century, poked fun at the Christians in his work “The Passing (or “Death”) of Peregrinus.” Lucien is generally considered an unfriendly source for a historical examination of early Christians, and this passage reveals that he thought they were kind of ridiculous, but also that they may have held what property they had “in common.”

You see, these misguided creatures start with the general conviction that they are immortal for all time, which explains the contempt of death and voluntary self-devotion which are so common among them; and then it was impressed on them by their original lawgiver [i.e.: Jesus] that they are all brothers, from the moment that they are converted, and deny the gods of Greece, and worship the crucified sage, and live after his laws. All this they take quite on trust, with the result that they despise all worldly goods alike, regarding them merely as common property.

The thing is, communism can only work if absolutely everyone is on board with the idea. If they aren’t, then you have to resort to tyranny, which has been the modern world’s experience of communism on a national scale. I’m not looking to forcibly confiscate everyone’s belongings and make them public property, and neither was Jesus, though he did suggest it to some people he encountered.

And this is a shame, because the business of a Christian community is - and should be - social justice. We can have conversations about what that precisely means and how we should go about it, but probably the most basic, undisputed teaching of Jesus’s ministry is to take care of other people, especially strangers. It was also one of the foundational moral principles of the ancient Hebrews.

The evangelical vitriol for social justice in recent years smacks of a very un-christian ethos of greed and general cold-heartedness.