Biden Has a Summit With Xi, but No Strategy for China

community » Discussions » Category » Op/Ed » Discussion » Biden Has a Summit With Xi, but No Strategy for China

By:   By John Bolton

Whether China learned anything from the Cold War about prudent political management of a large strategic arsenal is unknown, but the signs are worrying. One telling move: Beijing refuses to engage in serious arms negotiations while rapidly accumulating such assets. Mr. Biden has so far been unwilling to insist with both Vladimir Putin and Mr. Xi that bilateral Russian-American nuclear deals are relics of the Cold War. No American strategist should consider limiting U.S. nuclear capabilities...

America has no China strategy 10 months after President Biden’s inauguration. Monday’s Zoom meeting between Mr. Biden and Xi Jinping only highlighted that void. Dulcet tones and torrents of presidential words are no substitute for clear policies. Beijing could perceive White House emphasis on “ cooling tensions ” as a green light to continue its assertive behavior. What explains the absence of U.S. direction? Insufficient presidential engagement? Conflicting advice? Indecision?

Whatever the reason, there is a pressing need to articulate a China policy. That’s not only because the White House has to lead a vast U.S. bureaucracy but because the nation faces momentous choices requiring informed public debate. For too long, foreign and defense policy have received inadequate attention. Principally because of China, but also in light of threats from Russia, smaller rogue states and terrorist groups, we no longer have the luxury of playing down these matters. And China is the anvil on which national security debates will inevitably turn.

Mr. Biden’s focus on climate change may partly explain the eclipse of national-security planning. Climate envoy John Kerry has likely spent more time dealing with top Chinese leaders than senior State Department, Pentagon and National Security Council officials combined. From the outset the administration insisted that climate issues would be “compartmentalized” from other problems. This was  never realistic , and fear of missing out on global-warming deals with Beijing has overshadowed real national-security issues. If Mr. Biden expected breakthroughs at the Glasgow climate summit, his aspiration proved feckless. The outcome, including the bilateral China-U.S.  communiqué , was underwhelming, little more than a reaffirmation of Mr. Kerry’s April  agreement .
China strategy doesn’t immediately require a 1,000-page opus. It does require addressing core bilateral issues. Two stand out.

First is the defense of Taiwan, a de facto American ally and important trading partner, an enormously consequential country for Japan, and a key link in the “first island chain,” the geographic defense line between the Chinese mainland and the Pacific Ocean. But many Americans don’t know Taiwan from Thailand. To protect Taiwan, not to mention East and Southeast Asia generally, we need animated and sustained U.S. public support. Mr. Biden didn’t provide it Monday. He simply mouthed longstanding bromides.

The enormous damage caused by withdrawing from Afghanistan would be multiplied if Washington left Taipei to Beijing’s mercies. If Mr. Xi believed U.S. indecision and weakness suggested Washington would yield, he would be encouraged to provoke a crisis, hoping to subjugate Taiwan without a fight. Rather than risk a less feckless president after Mr. Biden, Mr. Xi may feel he has three years to act. How do we deter him during that period? The question is intricate and dangerous, requiring considerable creativity. Mr. Biden has shown precious little.

Second , China’s expensive buildup of strategic weapons and manifold other military capabilities existentially threatens America as well as allies. It may determine whether our 75-year-old global nuclear umbrella, and the international stability it provides, will survive or wither away, succeeded by far wider nuclear proliferation. The pressures on India to increase its own nuclear assets and Japan to acquire nuclear weapons will be considerable, with consequences for Asia and the world. Pentagon planning in a world with two major nuclear adversaries will be akin to multidimensional chess.

Whether China learned anything from the Cold War about prudent political management of a large strategic arsenal is unknown, but the signs are worrying. One telling move: Beijing refuses to engage in serious arms negotiations while rapidly accumulating such assets. Mr. Biden has so far been unwilling to insist with both  Vladimir Putin  and Mr. Xi that bilateral Russian-American nuclear deals are relics of the Cold War. No American strategist should consider limiting U.S. nuclear capabilities in a deal with Russia while allowing China unrestrained growth. Even trilateral strategic-weapons arrangements may be insufficient, although broader multilateral nuclear negotiations boast a record only of failure.

Neither Taiwan nor strategic arms are a hot campaign topic, and China is not yet at the forefront of public consciousness. Nonetheless, issues reminiscent of China’s 1958 attacks on Quemoy and Matsu and John F. Kennedy’s 1960 drumbeat about a “missile gap” with the Soviet Union could soon again be top of mind. To ensure America’s eventual strategy is workable, political leaders need to debate the challenges so citizens can appreciate the implications of the choices they will have to make.

If Mr. Biden doesn’t use his Presidency’s bully pulpit to launch that debate, his potential opponents should. 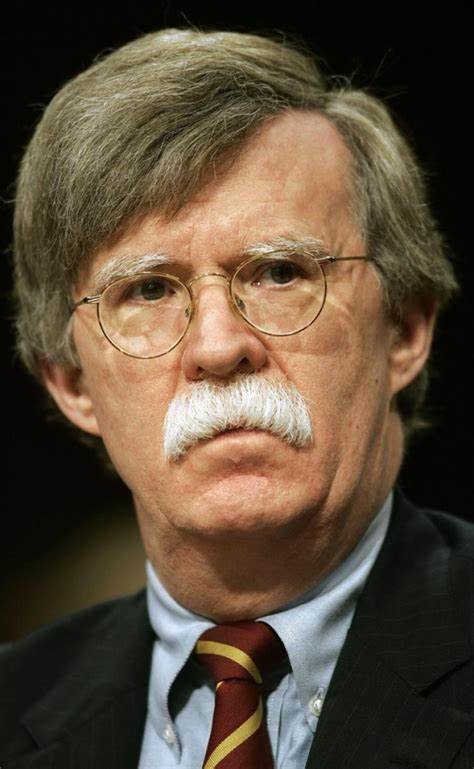 Mr. Bolton is author of “The Room Where It Happened: A White House Memoir.” He served as the president’s national security adviser, 2018-19, and ambassador to the United Nations, 2005-06.

Biden didn't even ask about the pandemic's origins. Xi began the conversation with a taunt, calling Biden an old friend after Biden said we have known each other a long times, but we are not friends.

I agree with Laura Ingraham who just last night called for a cogressional review of everything said by both parties in this "meeting."

Please articulate a legit military/natstrat policy for China. One that make sense and is within the real of possibility.

Professor Principal
3  Buzz of the Orient    3 weeks ago

What I took note of from the video conference was the difference between Xi seeking a relationship between the two nations using the word "cooperation" as his hope and goal, and Biden using the word "competition hoping it does not revert to conflict".  On reading the article above, I can see why Bolton was removed from Trump's administration - he really IS a warmonger.  Surely everyone can see how incredibly he is stirring up paranoia and confrontation.

Bolton indicates that it is America's job to fight against terrorism and threats against Democracies wherever they occur throughout the world (as Blinken is attempting to do in Africa right at this moment) but America is quick to criticize China for successfully preventing terrorism in its own country.  Such hypocrisy does not escape notice.

The Republicans have done a superb job in forcing Biden to be uncompromising with China so that they can call him a pussy on China should he make any move to lessen the damnation of China which would give them a lift at the midterms.

But I fully understand the necessity for the USA to always be on the verge of a war, always prepared for a war, even trying its damndest to PROVOKE a war, because the American economy DEPENDS on its continual arms manufacturing industries.

I am convinced that Xi will make a move on Taiwan before Biden leaves office. It will be coercion initially, but if all else fails the military will be used. That would be an embarrassing moment for Joe Biden, but I know it's coming under his watch.

I don't think he will, but if he does and Biden gets America involved what is bound to happen will be even worse for Biden.