Trump, in a statement released to the press, outright lied about Biden's move, and about his own performance and that of other U.S. Presidents. 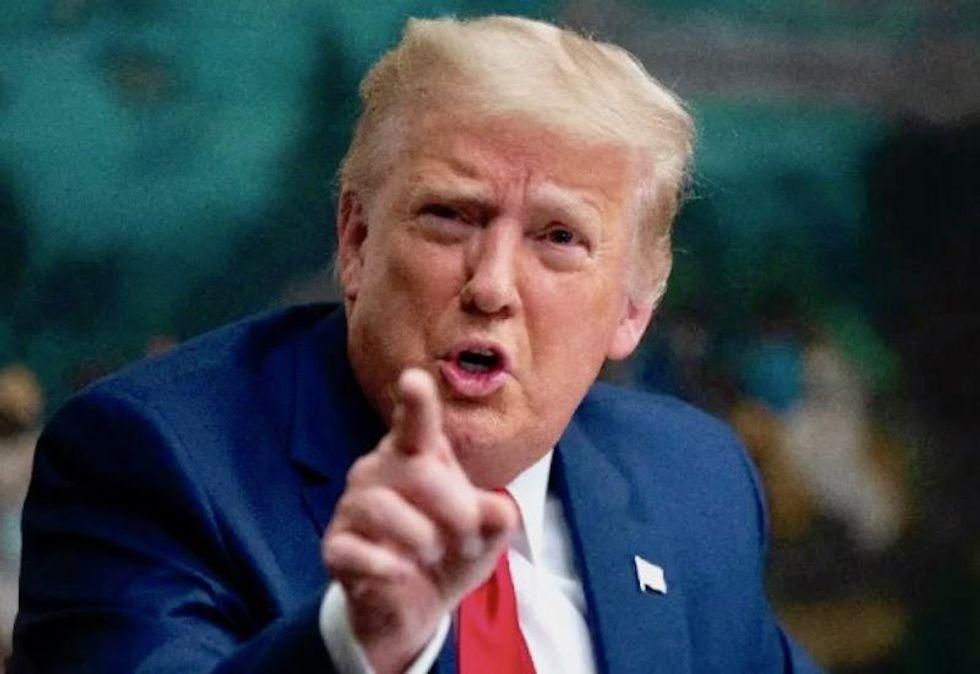 President Biden Tuesday morning announced he has authorized50 million barrels of oilto be sold from the U.S. Strategic Oil Reserves, a move that should help lower oil and gas prices that have risenbecause of OPEC+ policies. Biden is making the move in conjunction with similar moves by five other countries: China, India, Japan, South Korea and the U.K.

“We expect the industry to be passing through these savings to consumers as quickly as possible," a White House official said, asThe Wall Street Journalreports.

“The president stands ready to take additional action, if needed, and is prepared to use his full authorities working in coordination with the rest of the world to maintain adequate supply as we exit the pandemic," the White House added.

Trump, ina statement released to the press, outright lied about Biden's move, and about his own performance and that of other U.S. Presidents. 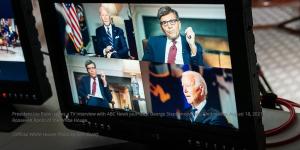 RAWSTORY+
How mainstream media distorts the reality of Biden's agenda

“For decades our Country's very important Strategic Oil Reserves were low or virtually empty in that no President wanted to pay the price of filling them up. I filled them up three years ago, right to the top, when oil prices were very low. Those reserves are meant to be used for serious emergencies, like war, and nothing else," Trump falsely claimed.

As The New York Times' Peter Baker notes, the Strategic Oil Reserves (technically the Strategic Petroleum Reserve,) were far from empty when Trump took office, but they were far less full when he left:

That's not the only lie Trump told.

The Strategic Petroleum Reserve is authorized to holdup to 714 million barrels(in 2009 it was 727 million barrels), so they were nearly full when Trump took office. He also exposed his ignorance about how the federal government "buys" the oil. The oil is effectively traded to the government as payment (royalties) for drilling leases so presidents not wanting to "pay the price of filling them up" is false as well.

Here's a graphfrom the U.S. governmentshowing how many barrels of oil are in the U.S. Strategic Petroleum Reserves, starting in 1980. At no time were they "low or virtually empty," not ever. The chart is highlighted to indicate the day Trump was sworn in to office:

The Reserves have been tapped about 20 times since they were first created in 1975, including to reduce the deficit in 1996 and 1997, in 2011 during the Arab Spring, and as loans to oil companies.

IN OTHER NEWS: Trump has only one question for 'whack job' candidates he's endorsing -- and that's McConnell's 'biggest problem'

Trump has only one question for candidates he's endorsing -- and that's McConnell's 'biggest problemwww.youtube.com

He has to try and stay relevant

And the left is doing a damn good job at doing just that.

The only thing anyone needs to know about Biden's release of the oil reserves is that it will do nothing to reduce the price of oil.

It has pissed off OPEC which is talking about reducing their already meager increase in production.

OPEC+ delegates said the release of millions of barrels from the inventories of their biggest customers is unjustified by current market conditions and the group may have to reconsider plans to add more oil production when they meet next week.

The tussle threatens the biggest ructions in the geopolitics of oil since the price war between Saudi Arabia and Russia in early 2020. At stake is the price of the world’s most important commodity as politicians and central bankers contend with the strongest inflationary surge in more than a decade. It also shows the strained relationship between Washington and Riyadh, traditionally a cornerstone of U.S. relations in the Middle East.

The situation remains in flux and the plans could change but the U.S. is considering a release of more than 35 million barrels over time. The pending announcement was described by people who requested anonymity prior to official statements.

This whole, "But Trruuummmmppppp!!!!!!!!" bs to deflect from the incompetent incestuous pedophile the Democrats put into office is getting really old. What is Biden going to do when his release does nothing; and the real problems he put into place diminishing the US capabilities of producing and refining oil cause the prices to continue to go up? Cue the "But Trruuummmmppppp!!!!!!!" button again; it is the only thing Democrats have.

The only thing anyone needs to know about Biden's release of the oil reserves is that it will do nothing to reduce the price of oil.

Then why is Trump lying about it ?

The damn world doesn't revolve around Trump. Ignore him and he will go away. But the media and the damn left are too TDS driven to let it go.

Ignore him and he will go away.

No, he wont. He is mentally ill.  And anyway, most of the Republicans in Congress are under Trumps spell. Should we ignore them too?

Trump was a media and leftist creation during the 2016 Republican primaries in order to get a Republican that Hillary could beat. The media hung on Trump's every word, and froze out coverage of all other Republican candidates.

There is no bad press for Trump. Keeping his name in the headlines will not diminish his support; but it will continue to put a spotlight on the incompetent incestuous pedophile the Democrats put into office.

If it is a choice between Trump, Biden, Harris, or some far leftist Democrat twit yet to be named next presidential election- the left had better get ready for 4 more years of screaming at the sky. Biden and the Democrats have tanked this country so badly they are making Trump look good- mean tweets and all.

If the media had half a brain (which it doesn't) it wouldn't concentrate on TDS driven Republicans that have already lost conservatives and party members (aka Liz Cheney); but on those Republicans that have kept Trump at arms length. Get their names into circulation and put them to the forefront. Stop covering every last damn thing Trump does; and stop covering any Democrats or leftists that can't leave Trump behind. That includes dropping coverage of the TDS driven Jan 6th commission.

Or keep doing what they are doing and they will get Trump for four more years.

Which republicans would that be?

Trump was a media and leftist creation

Trump was the creation of white grievance

Ignore him and he will go away.

That will only work if the millions of conservative Republican Trump loyalists ignored him which is about as likely as hell freezing over. I would love to never think about that disgusting pile of orange shit again, but as long as he has millions of sycophantic supporters who gobble up his bullshit with gusto that's never going to happen. They are the truly TDS infected, Trumps Deranged Sycophants.

One or two that have taken up residence right here at NT. But you will never get Ronin to admit that or tell them to stop it with the hero worship. He would rather spend his comments telling John that he needs to get over it

They know they cant defend Trump on any logical basis so they just attack Democrats. First it was Obama and Hillary Clinton and now it is Biden and Kamala Harris. If Amy Kloubuchar starts looking like a national contender they will start calling her a communist.

They are intellectually bankrupt.

It would be 3 days worth if the normal 18 million barrels a day didnt exist. Thats not the case, is it?

Really? You think so? Let us all know when oil prices come crashing down. There is a deficit of oil available on the market right now; and the US, and the rest of the world, are consuming at a much faster rate than it is coming out of the ground. In fact the rate of consumption is continuing to increase even with the Pandemic continuing.

If every country with a reserve releases their oil at the same time- that is a week, maybe less, of consumption for the entire world. Then what?

Think the Saudis and OPEC won't carry through with their threat to reduce their planned increase? Think the Russians are suddenly going to change their minds and starting pumping more? Joe's knee pads aren't nearly thick enough to get either to budge.

Biden is failing to address the real problem which is that the US is no longer producing enough damn oil. Since Biden's policies are the reason behind that; nothing is going to change.

Sounds like someone has a serious case of BDS.

the incompetent incestuous pedophile the Democrats put into office

Where's your proof? Getting back at the libs who accused trmp of incest and pedophilia?

No surprise considering the source.