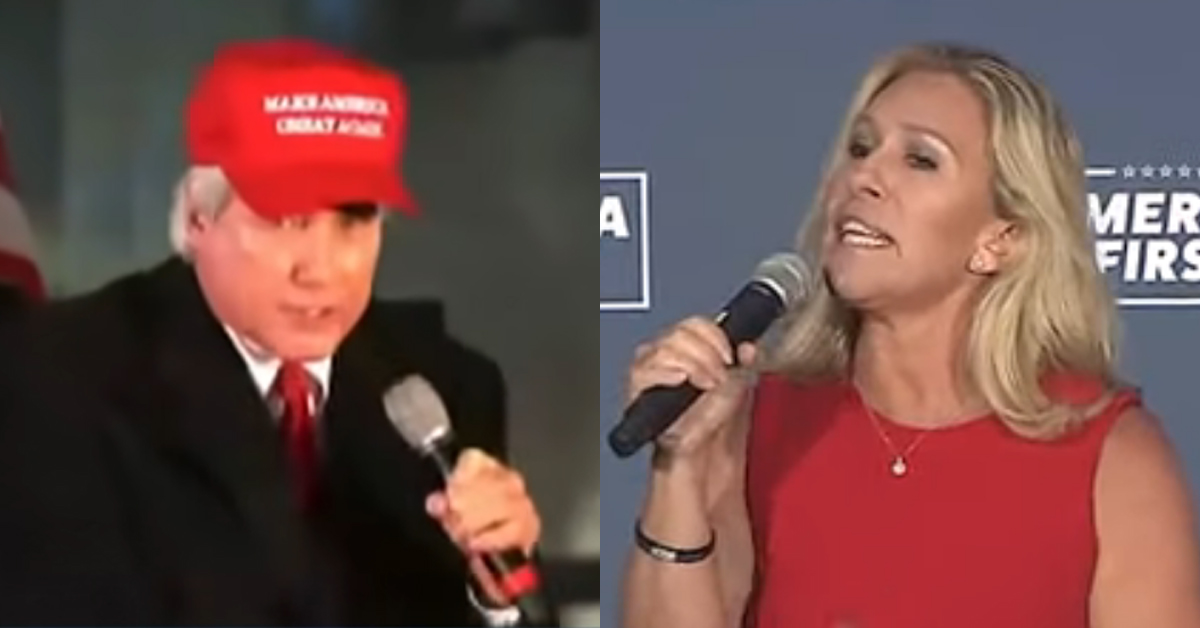 It’s funny how things change with enough time and just the right set of political circumstances.   The New Yorker’s   Charles Bethea   clearly agrees, since he put together a flawless illustration of the broken relationship between   Lin Wood   and Congresswoman   Marjorie Taylor Greene   (R-GA)

Need an explainer? That’s fine, we’ve got you covered.

Before Wood rose to public notoriety for his role in pushing former President   Donald Trump ‘s 2020 election conspiracy theories, there was a period when he worked as   Kyle Rittenhouse’s   attorney. He   also legally represented Greene   last year while her campaign committee was entrenched in defamation legalities.

As it turns out, both of Wood’s clients unceremoniously dropped him over the past year:

Following his acquittal over for shooting 3 people during last year’s unrest in Kenosha, Rittenhouse has been strongly denouncing Wood’s conduct from when they used to work together. Rittenhouse slammed Wood over his   “insane” conspiracy theories , accused Wood and   John Pierce   of   politically exploiting him , and he claims the two of them were   more concerned about using his case to raise money   than trying to help him.

Wood and Greene have been having their own squabble in the past few months, and the latter has used Wood’s alleged mistreatment of Rittenhouse to put him on blast.

Ever since Greene replaced Wood as her lawyer in the defamation suit, Wood has   claimed that she stiffed him on payment   for his services. This dispute took a bitter turn over time though as Wood started accusing Greene of failing to help him overturn the 2020 election, which led to   a feud between the two .

Over the course of their fight, Greene has attacked Wood for his alleged exploitation of Rittenhouse. This reached a new crescendo on Tuesday when Greene called Wood a grifter, a failed political operator, and that he “should go to jail for what he did to Kyle.”

Between this and Wood’s   new fights   with   Sidney Powell   and   Michael Flynn , he may be running out of allies.

I guess the wack job Lin Wood hasnt done anything for MAGA lately, and the wonder boy Kyle Rittenhouse has.

MTG stays in the forefront of the timely issues !