THIS DAY IN HISTORY:   Monday, November 29, 2021, is the 157 th   anniversary of the Sand Creek Massacre, where approximately 230 Cheyenne & Arapaho were killed at the hands of 675 U.S. soldiers, known as the Colorado territory militia. Among the dead were at least 105 women, children and elders.

The soldiers were commanded by Colonel John M. Chivington to attack a village of about 750 Cheyenne and Arapaho along the Sand Creek River in Colorado.

For years, the United States had been engaged in conflict with several American Indian tribes over territory rights. The Treaty of Fort Laramie in 1851 had given the American Indians extensive territory, but the Pikes Peak gold rush in 1858 and other factors had persuaded the U.S. to renegotiate the terms of the treaty. In 1861, the Treaty of Fort Wise was signed by Southern Cheyenne and Arapaho chiefs.

The treaty took from the Southern Cheyenne and Arapaho much of the land given to them by the earlier treaty, reducing the size of their reservation to about 1/13 th   of the original amount.

Although the peace seeking chiefs signed the treaty to ensure the safety of their people, not all of the tribes were happy with the decision. In particular, a group of Indians known as the Dog Soldiers, made up of Cheyenne and Lakota, were vehemently opposed to having white settlers on what the Indians still referred to as their land.

The Sand Creek Massacre had a great impact on the Cheyenne and Arapaho’s traditional knowledge, language, ceremonies, and many other cultural traditions. Thirteen Cheyenne chiefs were killed, along with four Cheyenne Society Headmen and one Arapaho Chief. These individuals were these tribes’ connection to their culture and their way of life. Without these individuals, there were fewer people left to pass down traditions, language and songs.

It was another dark chapter in American history. This tragedy, and others like Wounded Knee and the Bear River Massacre, are often left out of the recollection and teaching of United States history.

It is important for the people of the United States to be aware of the tragedies inflicted upon Indigenous People that occurred at the hands of the U.S. government. This is why the Cheyenne and Arapaho people gather every year on the anniversary of the event. They have been doing this since 1999.

The Cheyenne and Arapaho hold a healing run every year, the Spiritual Healing Run, that is typically open for anyone to participate in. However, this year, only a select few Indigenous people will be participating because of the ongoing Covid-19 pandemic.

This event is meant to provide a space for healing and a space where those who were lost this day in history can be remembered and honored. This event is held every year at the Sand Creek Massacre National Historic Site which was established in 2007.

Chivington was also a Methodist pastor. Gotta love them Christians.

He was no christian, at least not one Jesus would recognize...

He was no christian, at least not one Jesus would recognize...

There were thousands of them so I guess Jesus didn't recognize a portion of the US, Canada, Central and South America.

Awww shyte - forgot this is a political slam page - ain't gonna be getting any comments on these threads fer shure, fer shure.

The history in Colorado and a couple other states hasn't changed much since the 1850's where everyone hated the Native Americans because - well, simply because the Native Americans had rolled over so long for the white's "political" expediency of taking without giving.  Can you imagine any city taking your land, that was yours by LEGAL CONTRACT (that would be called a Treaty), of 1 acre and giving you 1/3 of an acre as compensation?  Don't think you'd stand for it either.

Can you imagine any city taking your land, that was yours by LEGAL CONTRACT (that would be called a Treaty), of 1 acre and giving you 1/3 of an acre as compensation?  Don't think you'd stand for it either.

The events that took place at Sand Creek were loosely detailed in the 1970 revisionist western "Soldier Blue". I saw the movie as a 13 year old and one of the things I recall is the audience standing and cheering when the Indians attacked the cavalry troops.

One of the most one sided re-writings of plain history ever watched.... Nobody stood up and applauded where I watched it, but you could here the low voiced comments rooting for the indians...

Is the Sand Creek massacre taught in US history classes in k-12 ?

I wonder what the 1776 Project thinks of it?

It was at the high school I went to, but that was in the early 70's.

Mine too junior high late 60's... but that was when they actually taught real history....

A lot depended on what part of the country you grew up in. I grew up in small town rural Arizona that taught subjects like civics, social studies, and US history from grade school on up. The liberal teachers were not really welcome and usually only lasted a short time before their contracts were not renewed and they moved on. The ones that stayed on were the local raised teachers and/or the more conservative ones.

Sadly, I was educated in the DoD school system - Dad was career Army - and I only went to a few "public" schools.

None of the schools I attended - DoD/Public - taught the Indian massacres in history and that was in the 50's/60's.

I went to school in the 40s and 50s mostly to Indian schools so we actually did hear and read about some of the battles/massacres that took place not at the schools but from our elders many of which were alive and remember the battle.

We knew a lot about what is considered the last battle of the Indian wars. The Battle of Sugar Point, Leech Lake MN. 1898. Also the Sandy Lake Tragedy of 1850. None of this was taught or even mentioned in the white schools. It was our tribe/elders that told us of the real history. The Indian Boarding schools were taught by religious nuts and their main mission was to ''kill the Indian and save the man''... 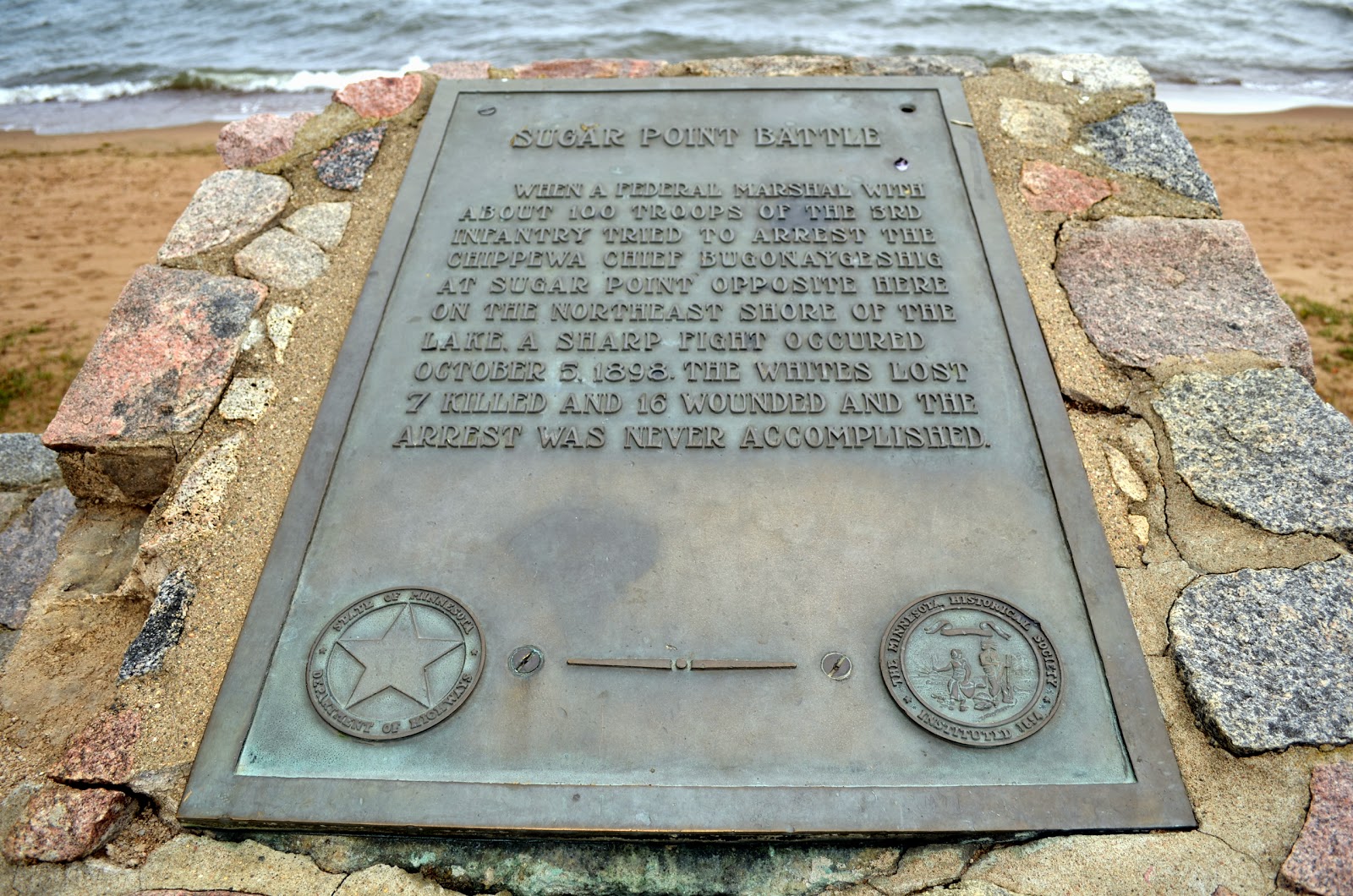 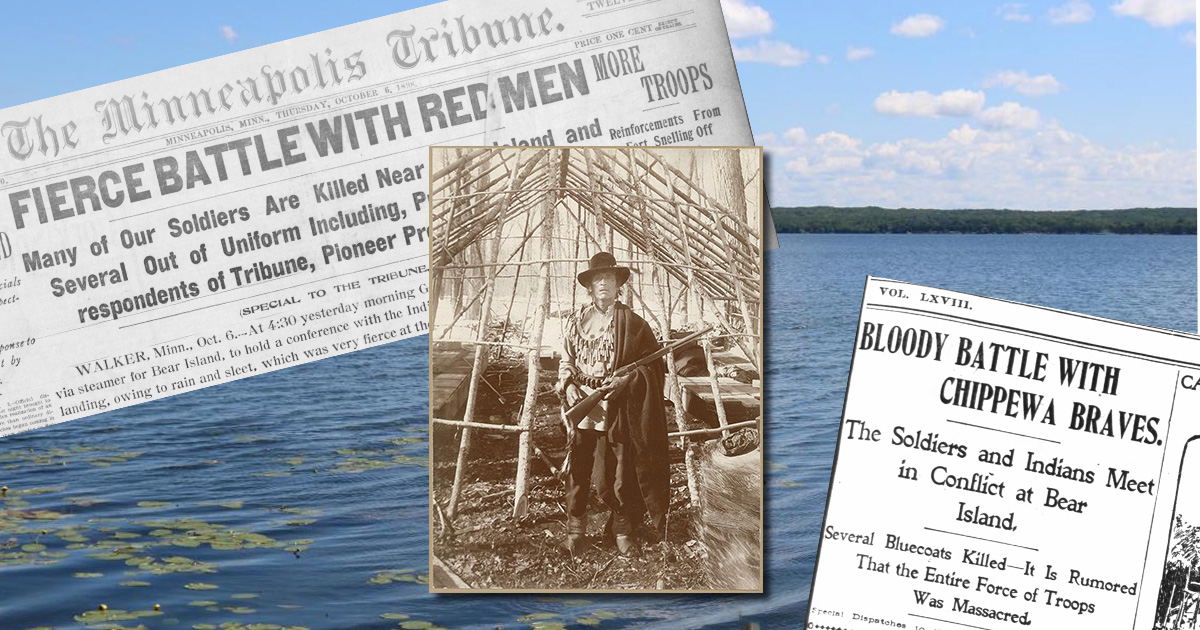