British Trade Secretary Anne-Marie Trevelyan will push to lift Trump-era tariffs on a trip to Washington.

British Trade Secretary Anne-Marie Trevelyan will push to lift Trump-era tariffs on a trip to Washington. 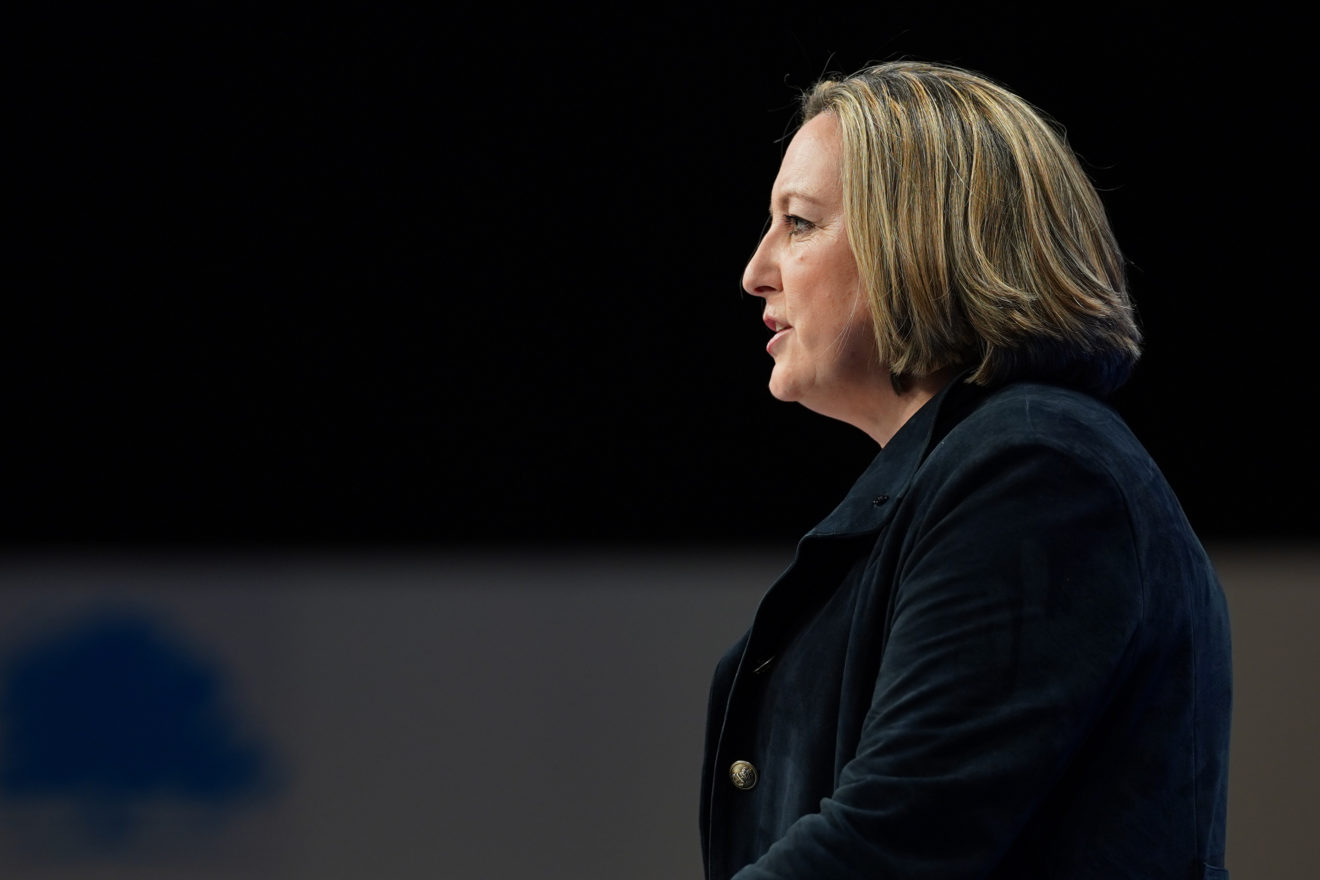 LONDON — The U.K. wants to win over the Biden administration on trade this week — but it's got its work cut out for it.

New International Trade Secretary Anne-Marie Trevelyan is heading to Washington in her first overseas visit since taking on the job in September, while junior Trade Minister Penny Mordaunt is touring western states.

The effort illustrates the eagerness in Britain to develop trade ties with its transatlantic partner and work toward that elusive Brexit prize: a free trade deal — even though U.S. President Joe Biden has little interest in pursuing talks.

But the new drive also risks being overshadowed by a separate trade row: the so-called Section 232 tariffs former President Donald Trump slapped on steel and aluminum on the grounds of national security. The Biden administration did a deal with the EU to relieve the tariffs but, so far, the U.K. has been left out in the cold.

Reports last week claimed the refusal from Washington to lift the tariffs was a bid to put pressure on London not to make rash moves over Brexit, amid turmoil over trade relations in Northern Ireland and the resulting risk to peace in a nation that saw decades of sectarian conflict.

There are fears in and around the British government that those claims are accurate, despite Mordaunt branding suggestions the two are linked a "false narrative."

The White House is said to deny that the two issues are tied, but the U.S. government did not respond to a request for comment.

Whether linked to Brexit or not, Trevelyan will push to get the tariffs lifted when she meets her U.S. counterpart Katherine Tai on Tuesday, and during a crucial meeting on the issue with U.S. Commerce Secretary Gina Raimondo on Wednesday.

Back home, the pressure is rising to get a steel deal done. In a letter to Trevelyan seen by POLITICO, the Labour Party's Shadow Trade Secretary Nick Thomas-Symonds urged his opposite number to clinch an agreement to protect manufacturing jobs ahead of Christmas.

He noted that EU steelmakers are set for a "significant advantage" over those in Britain once the deal with Brussels kicks in, adding: "This situation is urgent as customers in the United States will be factoring this into their plans for next year now. Steel is a foundational sector for our national economy and with jobs and livelihoods across the whole of the U.K. dependent on it."

One idea is for Trevelyan to argue to her counterparts that keeping the steel tariffs in place is actually what's putting peace in Northern Ireland at risk.

The U.K. is subject to tariffs on steel exports to the EU that Brussels imposed to prevent other nations from dumping on the Continent after Trump put the Section 232 charges in place, pro-Brexit trade consultant Shanker Singham explained. As a result of the Brexit agreement, that means the U.K. paying tariffs on steel being sent to Northern Ireland too.

In practice, few believe those tariffs are being paid. But Singham argued the situation is exacerbating tensions over trade between Great Britain and Northern Ireland that threaten to tear the Brexit deal apart, and said the U.K. needs to explain that picture to the Biden team.

"The EU and Ireland are clearly winning the political battle in Washington by miles because they've been able to convince the U.S. administration of something that makes no sense," he said.

Others are less tactful. Pro-Brexit Conservative backbencher Andrew Bridgen accused Biden of wanting to "interfere in U.K. affairs," adding: "Due to his misguided actions, the 'special relationship' is at an all-time low."

The row might not be about Brexit alone, seeing as manufacturing is a hot-button political issue in the U.S. and affects crucial election states. It's also the case that the U.S. has not done a deal with Japan to relieve the tariffs, despite expectations it would have done.

But there is little doubt among observers that the U.K. should have followed suit with ease once the EU did its deal. "Many had expected that once the U.S. and the EU found a solution to the steel tariffs dispute, the U.K. would be able to come to a roughly similar agreement," said Holger Hestermeyer, an expert in trade disputes at King's College London.

The steel issue will be crucial to the visit. But the British government is also hoping to shine a light on other more positive areas of the transatlantic trade relationship.

For example, the trade department issued a report the night before Trevelyan was due to leave, claiming U.S. businesses created some 1.48 million U.K. jobs in 2019 — 60 percent of which were outside London and the rest of the more prosperous southeast.

The department also pointed to work the two nations can do at the World Trade Organization and in countering global trade distortions, and noted that British farmers will be able to export lamb to the States from 2022 after Washington agreed to lift a long-standing ban.

"We share a thriving trade partnership with the U.S., which is driving investment into all corners of the U.K. helping to level up our economy, and create jobs and prosperity," Trevelyan, who is passing through New York first to meet with possible investors, said in a statement.

The other objective is for Britain to do more trade directly with individual American states, some of which have economies bigger than most nations around the world. In her two-week trip, Mordaunt will stop in California, Georgia, South Carolina, Tennessee and Oklahoma, among others, and will return for more in early 2022, with an aim of visiting all 50 in the coming months.

Business groups are resigned to the fact that a full-fat trade agreement with Washington is not on the horizon. But there is still hope work can be done, with the BritishAmerican Business trade association using the visit to call for a new trade and economic council to boost discussions.

This article is part of POLITICO 's premium policy service Pro Trade. From transatlantic trade wars to the U.K.'s future trading relationship with the EU and rest of the world, Pro Trade gives you the insight you need to plan your next move. Email [email protected] for a complimentary trial. More from ... Emilio Casalicchio

This will piss off the steel minors up here. LOL!