Beck, who was on Fox's top-rated Tucker Carlson Tonight promoting his new book The Great Reset, claimed that an international "reset" is underway that is moving Western civilization toward a fascist dystopia and that there is proof of it in Washington State - upcoming Covid-19 "internment camps."

Tucker Carlson ended his wild interview with Glenn Beck on Tuesday night with a mild clarification regarding one of Beck's more bombastic claims.

Beck, who was on Fox's top-rated Tucker Carlson Tonight promoting his new book The Great Reset, claimed that an international "reset" is underway that is moving Western civilization toward a fascist dystopia and that there is proof of it in Washington State - upcoming Covid-19 "internment camps."

"The Great Reset is not a conspiracy theory, it is something that the Davos people have put together along with the World Economic Forum," claimed Beck, while Carlson listened intensely, "and it is running rampant through every Western capital and every Western country."

"Tomorrow morning at 9:30, the Washington state Covid detainment emergency, they are going to have a state board of health discussing from 9:30 to 3:30 tomorrow allowing health, local health officers to use law enforcement to force an emergency order in involuntarily detaining a person or group of persons' families to be isolated in a quarantine facility following the refusal to voluntarily comply with requested medical examinations, testing, treatment, counseling and vaccination. This is an internment camp."

"Washington state has done it before, they haven't obviously learned their lesson from World War II," Beck continued, Carlson would later say he couldn't verify this claim, but remains open-minded.

"This again is all about total and complete control," Beck argued. "I was wrong. For a long time, I thought this was about socialism. It is not. It is a brand of fascism."

Beck, who currently hosts a popular talk-radio show, continued for several minutes, unwinding his doomsday theory which he claims will end the West by 2030.

Beck's book, co-written by Justin Haskins, has the tagline, "Joe Biden and the Rise of 21st Century Fascism" and on the cover is Biden, Klaus Schwab, head of the World Economic Forum, and Jewish billionaire Geroge Soros — a favorite target of Beck.

"They are going to bankrupt the entire West and only the elites are going to be able to have money, the food they want, the jobs they want, et cetera, et cetera," Beck concluded. "We will be left in the dust. We must educate ourselves right now." Carlson, for his part, left Beck unchallenged in his unfounded and wild assertions, but added at the end:

"We've got and let of communication about the law that Glenn mentioned in Washington state. We've not been able to track that down, obviously, things have happened in the last years we never would have imagined are true. So, of course, our minds remain open and we will continue to look."

Watch above via Fox News

Is it going to be totally up to "liberals" to put an end to this kind of insanity, or are normal conservatives going to lift a finger to put a stop to this nonsense?

Why should conservatives do anything when the liberals are in a full scale self induced free fall?

Is it going to be totally up to "liberals" to put an end to this kind of insanity (such as we see portrayed in this article), or are normal conservatives going to lift a finger to put a stop to this nonsense?

Its a simple question.

normal conservatives going to lift a finger to put a stop to this nonsense?

Normal conservative know him as the quack he is... WE ignore him cause he isn't worth our time.... I just wish Liberals would stop trying to paint us all with such crap... Ignore him and he goes away...

But that is the Liberal way, select the wildest quackery imaginable and claim we all believe the bullshit...

Tucker ditched the bow tie for the long tie.  Why did he do that?  As far as Beck----well, there it is, there you have it.

This too.  The so called 'new conservatives' seem to know very much about fascism.  There is a reason for this.  Could it be that they're simply tilling the field?

In reality though, conservatism is dead.  Been dead for decades.

"This again is all about total and complete control," Beck argued. "I was wrong. For a long time, I thought this was about socialism. It is not. It is a brand of fascism." 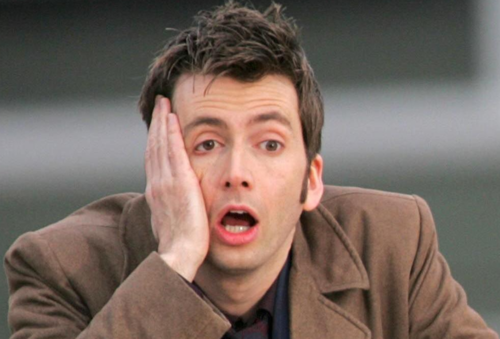 Beck is not growing more rational with age.

Or----Beck and the 'new conservative movement' has one purpose and one purpose only and that is to protect the super rich and punish everyone else.

At this point I have concluded that quite a few conservatives and the R party in general has lost its way.   Lots of conspiracy theory and just downright bizarre beliefs (e.g. that Trump really won ...) that defy reason.

We need an adversarial system but one that is based on facts and reason.   What we are evolving to is a system based on lies.   And Trump has emboldened this by showing that an effective liar can get his way.   Even illustrated that if one lies with great confidence and holds true to the lie that one can get millions of people to actually believe what is absolutely demonstrable bullshit.

If Washington state sets up or purposes Covid internment camps for those that haven't been vaccinated, we'll know Beck was right, if not we'll know he's FOS. I'll take a wait and see attitude.

He would be then right only about that single event.    The extrapolation into fascism (on top of coming from ' socialism '

I LIVE in Washington State...  AND although there is a certain level of fascism being installed in Washington State over the last few years, I don't believe there are any plans for internment camps, yet... This is also a PROGRESSIVE LIBERAL STATE.... Probably the most autocratic state in the union....

But then again I'm a libertarian... ANY effort to create a detainment camp anywhere in this state here would raise such a stink you would hear it WORLDWIDE....

Where does this insanity come from?