Rocket plume, orbital mishap, or something else?

community » Discussions » Category » Other » Discussion » Rocket plume, orbital mishap, or something else?

This cruised over my backyard earlier, about 6:50 PM Central.

It was a point of light much like a satellite in size and speed, but with a large gaseous spiral around it, all moving together in an otherwise cloudless sky. It was bright and obvious, and the whole thing was about the size of a volleyball held at arm's length. It moved north to south in the western sky, about 45 degrees above the horizon, and was out of sight in a matter of minutes. 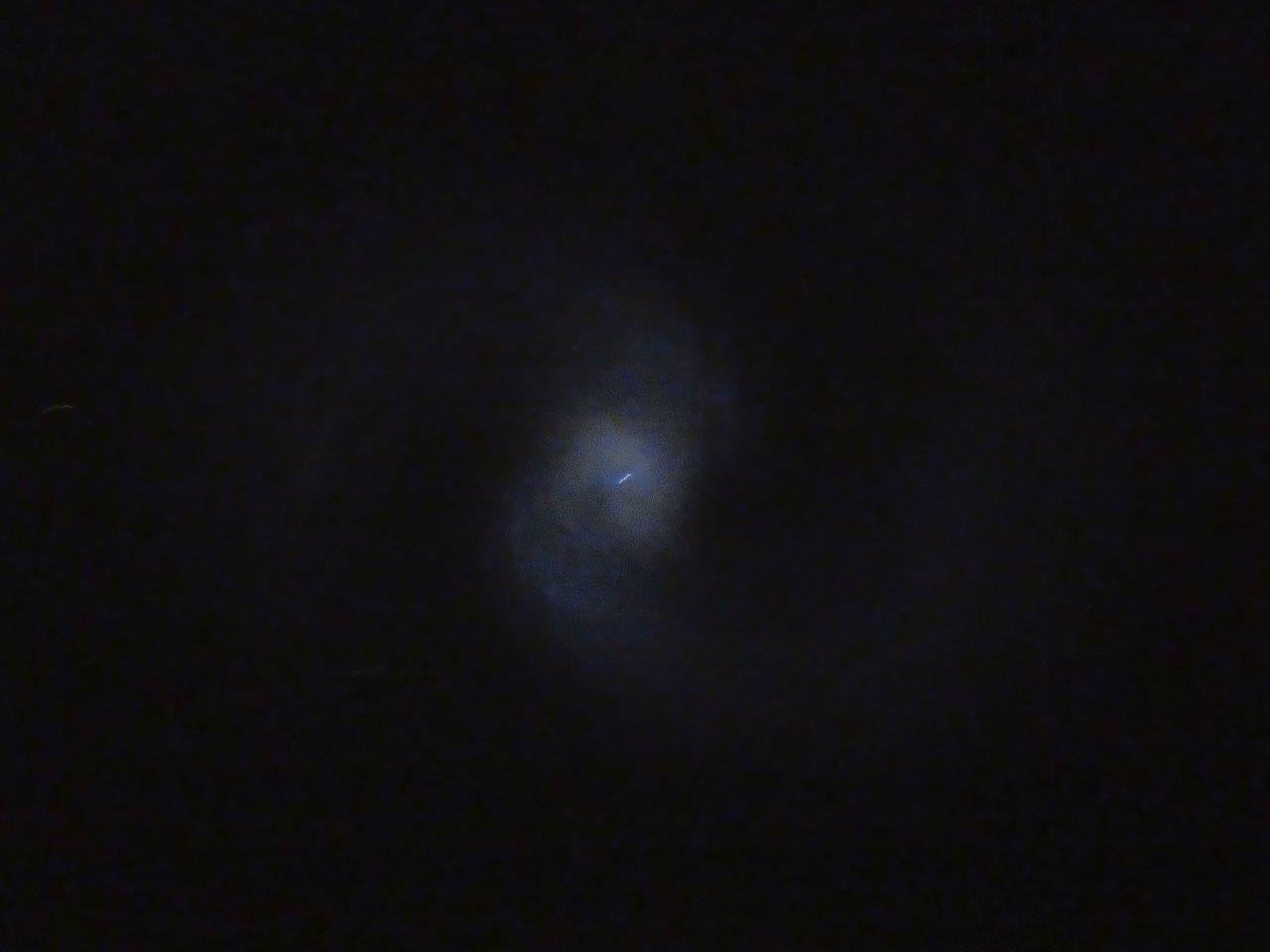 Here it is with a contrast adjustment... 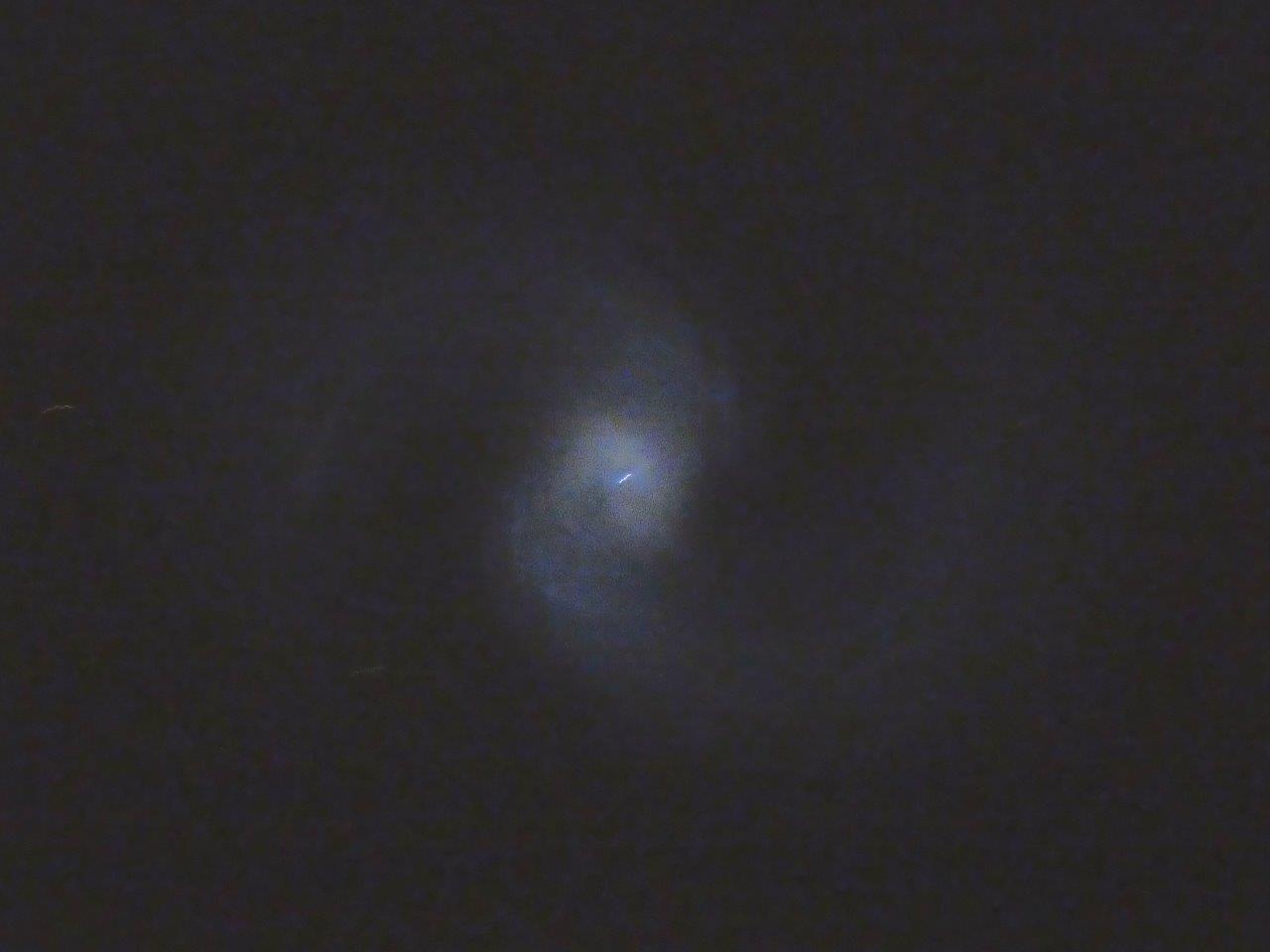 I'm pretty sure the rectangular shape of the central point is a camera artifact.

At first I thought it might have been a rocket plume, but from north to south? Could something have blown up in orbit instead?

I wish the image quality was better, but I was in a hurry to get any kind of shot at all.

What do you think that was? Could a thruster pack on a large satellite have ruptured and expelled its gasses? Something else?

Nothing scheduled for today.  Weird.

The Space X launch from Florida this evening.

I forgot today was Monday, lol.

The first liftoff is set for Monday, when a rocket topped with an Italian surveillance satellite is currently scheduled to leave Cape Canaveral Space Force Station at 3:11 p.m. PT (6:11 p.m. ET). Then, a Starlink launch is on tap Tuesday from adjacent Kennedy Space Center, followed by mission for the National Reconnaissance Office from California Wednesday. SpaceX could attempt three Falcon 9 rocket launches in next two days (msn.com)

The photo was taken from my street this evening.

Errr Monday was yesterday.. today is Tuesday....well for us anyway... great photo... lucky to have that in your backyard..

Not exactly in my backyard, Cape Canaveral where Space X is launched from is 140 miles from us but we get quite the show.

Yeah that's close enough to qualify for in your backyard...bit like when we say it's just down the road... that can mean about 200 kms...

Would have been great to see though...

today after being scrubbed 5 times?

today after being scrubbed 5 times?

Yes, and it was canceled yesterday because a cruise ship sailed into the area. Its GPS was following bikini clap beach goers.

I wonder if what I saw was the second stage burn to send it into a higher orbit? If so, then it must have already made an orbit or two to be visible in the western sky from the middle of the country, instead of being out over the Atlantic.

Cool sight, though. My pictures don't really do it justice.

A TV station down in Springfield posted some viewer pics of it. Most of them look over-exposed, or maybe over-edited, but here's the link...

VIEWER PICTURES: What is that in the sky Monday night?

Here's the text below the photos...

SPRINGFIELD, Mo. (KY3) - So what is that mysterious light in the sky?

Viewers across the Ozarks shared images of the light in the sky around 7 p.m.

Experts say it was likely from the SpaceX Falcon 2 launch earlier in the evening. The rocket dropped its first-stage booster to a fiery descent back to Earth.

Dr. Greg Ojakangas from Drury University specializes in astrophysics. He offered this take.

“Since it was within an hour of sunset or so, the contrail would have been in the sunlight, so it all makes sense,” said Dr. Ojakangas. “And there was a SpaceX launch tonight. Since it is a sun-synchronous orbit, it would indeed have gone north, but I would not have expected to see the SpaceX first stage contrail this far north. The orbital burn of the second stage makes sense, that would be a lot farther from Florida. Maybe the upper stage spiraled after it delivered the satellite to orbit, due to some leftover fuel.”

Don't' let some Astrophysisys fool you, Dig. All of us in the know, are positive it was the ''Ozark Howler''... 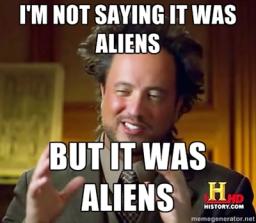 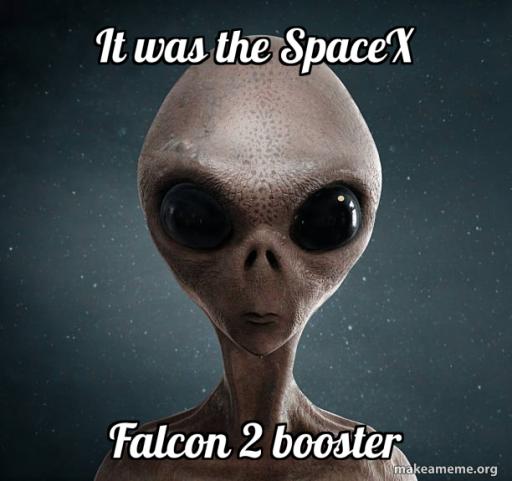