Jeff Zucker stepped down after being asked about his relationship with a colleague following an investigation into former anchor Chris Cuomo.

Jeff Zucker stepped down after being asked about his relationship with a colleague following an investigation into former anchor Chris Cuomo. 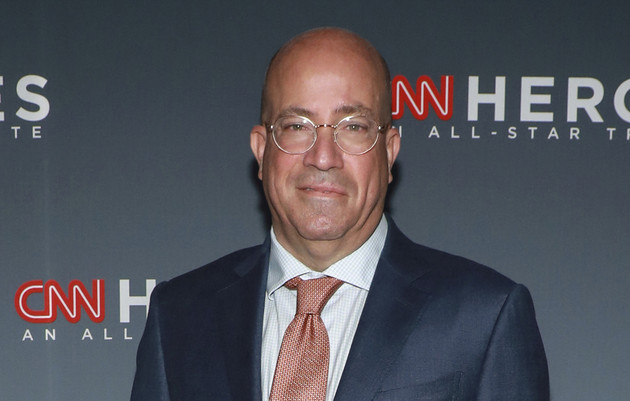 CNN President Jeff Zucker resigned abruptly on Wednesday, saying he had been engaged in a consensual relationship with a colleague that he didn't disclose.

"I was asked about a consensual relationship with my closest colleague, someone I have worked with for more than 20 years," Zucker wrote in a memo sent to company staff, obtained by POLITICO. "I acknowledged the relationship evolved in recent years. I was required to disclose it when it began but I didn't. I was wrong."

Though Zucker did not name the woman with whom he was having an affair, Allison Gollust, chief marketing officer at CNN, put out a separate statement acknowledging her role in it and confirming it was consensual. Gollust was briefly an aide to former New York Gov. Andrew Cuomo, who resigned in August 2021 amid a flood of sexual harassment allegations. Months after Cuomo's resignation, his brother Chris Cuomo was fired from CNN after it emerged he had privately helped the then-governor navigate the fallout of those charges.

In his memo, Zucker said he was asked about his relationship during an investigation into Chris Cuomo's conduct. Two sources with knowledge of the situation not authorized to speak publicly said that Cuomo's legal team, which continues to negotiate his exit from the network, raised issues about the relationship between Zucker and Gollust. Cuomo's legal team asserted that Zucker was hypocritical to suggest Cuomo had a personal conflict of interest when the relationship with Gollust represented a potential conflict as well. Puck News' Matt Belloni reported that CNN recently also received a letter from Cuomo's lawyers demanding preservation of communications between Zucker, Gollust, and Cuomo.

Cuomo and his legal team did not respond to multiple requests for comment.

The news came as a shock to staffers at CNN, though there were signs in recent days that things were not quite normal at the top of the company. Multiple sources said Zucker, normally a hands-on leader who regularly emails and interacts with reporters and anchors at CNN, was not on the network's daily morning editorial calls, which were led by executive vice president of programming Michael Bass.

"Everyone here is heartbroken and shocked," one staffer said. "People are blaming this on Chris. Not a lot of love between CNN and Chris Cuomo for a while."

Jason Kilar, the CEO of CNN's parent company, emailed CNN staff on Wednesday announcing that Bass, and vice presidents Amy Entelis and Ken Jauz would serve as interim co-heads of the network until the company's merger with Discovery is completed in the coming weeks . Kilar also flew to the network's New York and Washington, D.C., bureaus to talk with staff about Zucker's departure.

"Did your personal feelings at all and any past conflict you have with Jeff play into this at all?" an attendee asked.

Kilar defended his actions from tough questions from a number of prominent on-air network personalities including Kaitlan Collins, Jake Tapper and others.

"Talking about 'what you do everyday' — Jeff is a very critical part of that," one CNN White House reporter said. "If you listen to the 9 a.m. calls, if you talk to anyone in this room … that's how they feel."

Another CNN staffer noted that Zucker's departure was likely to color the launch of CNN+, the network's new streaming service.

"Every story that gets written about us is going to be this," another employee said during the meeting.

Kilar did disclose a number of key details about the decision. He confirmed he previously did not know about the relationship between Gollust and Zucker, and said CNN's new owners at Discovery were not involved in Zucker's not-so-willing resignation.

Zucker started working at CNN in 2013 and before that was president and CEO of NBCUniversal. Gollust said she was remaining at the network.

I don’t get it. Somebody needs to explain this to me.

Why should anyone care about the CEO being in a relationship with another executive? He’s not allowed to meet a nice girl at work and fall in love?

To be clear, there is no allegation here of sexual assault or harassment. It’s not like she’s 17 or an intern. He’s 56 and she’s 49. Neither one of them are married. What is the problem? Why does he have to resign?

Other than company policy requires the relationship to be disclosed, this makes no sense to me either.    Even breaking company policy should not result in resignation.

Panties are quite wadded into bunches these days.

Exactly.  If the relationship does not garner her any special privileges, who cares if they are involved.  The heart wants what it wants.

and who does he report his personal affairs to?

Seems ridiculous to me.

CNN ratings are in the tank.

Their "major stars" have all had scandals; and many have been fired.

CNN has a new owner now. Zucker has his hands in everything. He is directly responsible for its decline. It is surprising they allowed him to resign rather than firing him.

Gee, depending which category you want to parse, CNN is either 3rd or 2nd out of three.

Which means nothing in the large scheme of things.

Their "major stars" have all had scandals; and many have been fired.

It's all meaningless anyway.

Combined viewer ship is roughly 4.4 million viewers, or 0.0132% of the US population.

Seems a stupid thing to try to make a point about.

Freshman Guide
3  Right Down the Center    5 months ago

CNN seems to have some weird company policies. Not telling them about a consensual relationship is a firing offense. The relationship doesn't seem to be the issue, just not telling them. They probably wanted details. Seems a bit creepy. Yet having a wank while on a zoom call is no big deal. Pardon the pun.