community » Discussions » Category » Sports » Discussion » An Ontario boy got hit in the face with a puck at an NHL game. Then he got an 'unforgettable' surprise

BUZZ NOTE: An integral part of this story is the news video this is part of it, and it can be accessed by clicking on the "SEEDED CONTENT" link just below this message, which will take you to the original source article.  It's possible that you might have to bear a short commercial first. 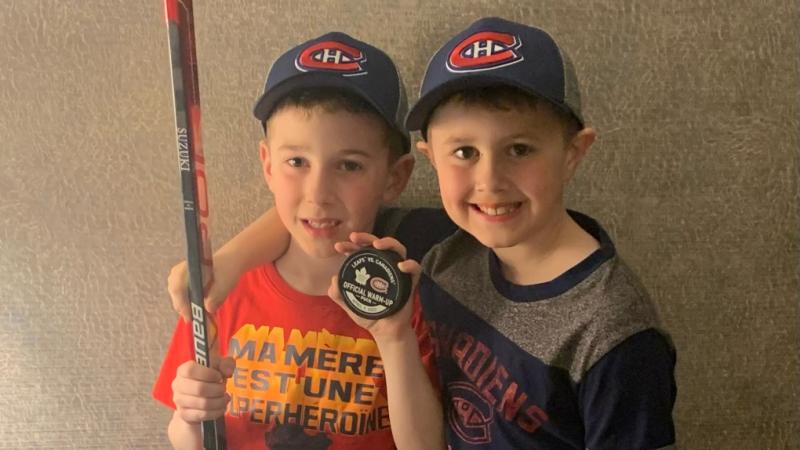 (Supplied by the Beauparlant family)

It's not the way seven-year-old Hunter Beauparlant might've imagined meeting his idol.

"He was crying and bleeding at the time", Hunter's father Steven told CTV News Toronto.

It all started during the warm-up before Saturday night's Toronto Maple Leafs vs. Montreal Canadiens game at Scotiabank Arena in downtown Toronto.

"My sons both made up some signs for the game," Beauparlant said," to possibly get a selfie with Nick Suzuki."

The sign was spotted by Habs forward Nicholas Suzuki, who came over and tossed the young fan a puck.

"He grabs a puck off the ice and tosses it over the glass" he said. "And my son was kind of starstruck. He was just staring at it and he ate it right on the lips." 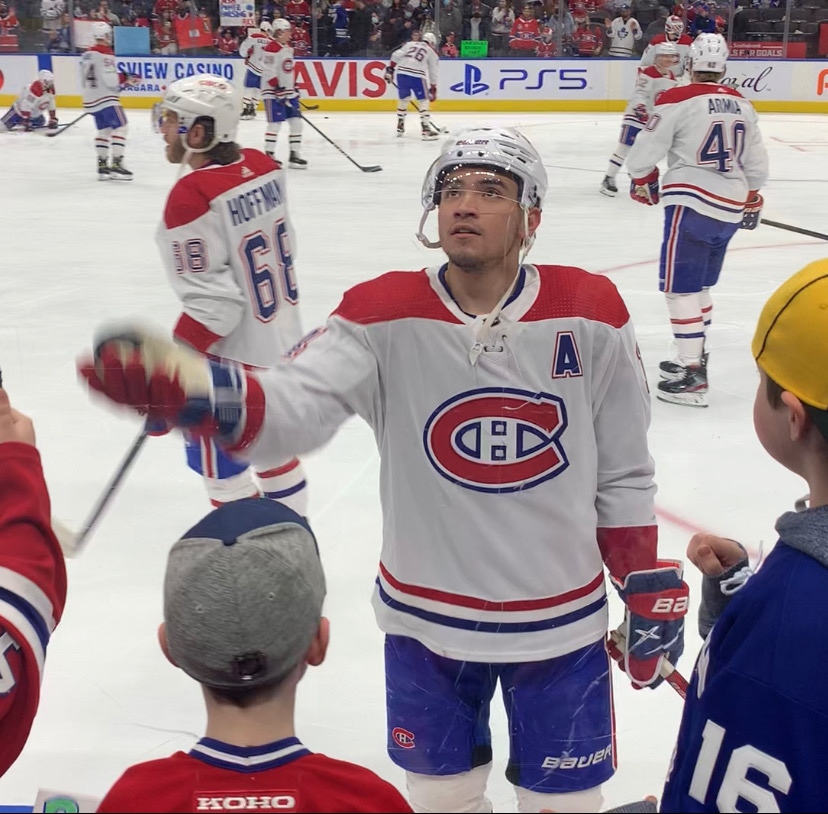 Nicholas Suzuki tosses a puck (Supplied by the Beauparlant family)

A puck in the face was not the interaction the boy was hoping for, but Suzuki immediately tried to make it right. The Canadiens assistant captain left the ice and came over to ensure the boy was okay. He took photos and signed autographs with the boys, giving Hunter his stick as a souvenir.

The Beauparlant family had travelled from Nipissing to Toronto for the boys' birthdays, and to take in their very first NHL game. After the incident, they watched the game from their 300 level seats, stick in hand. But, in the third period, when they went to use the washroom, they said they were informed by arena staff that the stick was a prohibited item, and would have to be checked at guest services and picked up after the game.

Beauparlant says he asked if security could escort them back to their seats, where he said fellow fans, including many Leaf fans, had been excited and supportive of his son's story and the stick, but that they said no.

"I think my son was just over it" he said. "It was enough of a game and he didn't want to lose his stick, so we just said 'Let's call it a night - that's it if we can't go back to our seats.'"

The family left the arena and went back to their hotel.

Beauparlant tweeted about the incident, which many online took to mean the family was forced to leave the game, but he insists it was their decision.

"My tweet wasn't for any disrespect for any Leafs organization or staff members, everyone's got a job to do, I understand that," he said.

In a statement, an MLSE spokesperson told CTV News Toronto "with 10 minutes remaining in the game, a fan was notified by security as he was walking in the concourse with a hockey stick, that due to fan safety protocols, MLSE’s fan services would assist them to check the stick until the end of the game as it poses a safety hazard for other fans. While the fan in this case did not want to check the stick, and instead made their own decision to leave the game."

Beauparlant said even though his family didn't make it to the end of their first NHL game, they did leave with some pretty decent birthday gifts and memories that will last a lifetime.

"Seven- and eight-years-old and they got to meet their idol and you know not just get a puck but they ended up with a stick, a puck, a fat lip, and an autograph," he said.

"It makes for a pretty amazing first NHL game."

You don't have to be a Canadian or a hockey fan to enjoy this story.

PhD Guide
3  Jeremy Retired in NC    one month ago

A puck in the face was not the interaction the boy was hoping for, but Suzuki immediately tried to make it right. The Canadiens assistant captain left the ice and came over to ensure the boy was okay. He took photos and signed autographs with the boys, giving Hunter his stick as a souvenir.

This is why I prefer the NHL over the NFL and NBA.  Stories like this can be seen all over the NHL.