In China's cyberspace, Russian propaganda continues to influence the discourse over the war in Ukraine. Experts say the efforts could be Beijing's attempt to trigger anti-Western sentiments.

China may have wanted to present itself as a neutral party to the war in Ukraine, but dominant messages on its internet are portraying a different reality.

As Russia continues to spread its propaganda about the war through different channels, a cyber monitoring group in Taiwan found that pro-Kremlin propaganda has also been spreading rapidly on Chinese social media.

According to a report released by Taiwan-based Doublethink Lab, the close relationship between Russian and Chinese state media has helped to amplify Russian propaganda on Chinese social media platforms like Weibo. Analysts think it is part of Beijing's efforts to encourage solidarity between China and Russia as it deals with "foreign forces interfering in its internal affairs" and "foreign-funded Nazism."

China's partnership with Russia has 'no limits'

Russia has repeatedly used the threat posed by NATO's expansion and the rhetoric of neo-Nazis in Ukraine as reasons to justify its invasion. China insists that it remains neutral about the war and Beijing has yet to openly criticize Russia's actions in Ukraine. China's partnership with Russia has "no limits," according to Chinese President Xi Jinping, and this has also raised skepticism among democratic countries about Beijing's real stance on Moscow's military aggression.

Putin, Xi usher in partnership with 'no limits'

Jerry Yu, an analyst at Doublethink Lab, claims in the report that since the invasion began on February 24, Chinese state media and influential accounts on Weibo have been circulating Russian propaganda about Ukraine, while building the connection between Russian President Vladimir Putin's claim of "Ukrainian Nazism" with the 2019 anti-extradition bill protests in Hong Kong.

"Chinese state media (Global Times/CGTN etc.) picked up Putin's anti-NATO expansion reasoning upon the outbreak of hostilities, and later went on to focus on the denazification angle themselves, citing Russian government officials' speeches and statements," he wrote in the report.

Some experts view the efforts as strategically beneficial to the Chinese Communist Party (CCP). "Clearly, there are at least parts of the party apparatus that have decided that strategically it is to CCP's benefit, if not China's, to support Russia's invasion and narratives about what's happening in Ukraine," said Sarah Cook, research director for China, Hong Kong and Taiwan at Freedom House.

US 'instigator of Ukraine crisis': China

"Once that decision was taken, the propaganda and info control apparatus has moved in that direction, be it in terms of state media coverage, directives to media and online platforms, on what content is permissible and even should be amplified, or censorship of alternative views and information sources," she added.

Other experts think the propaganda efforts are also an attempt to spark up nationalistic and anti-Western sentiments in China. "I've seen a lot of pro-Russia rhetoric that is also very much linked to and overshadowed by the anti-West sentiment of challenging the legitimacy of the United States, the West and NATO," said Maria Repnikova, an assistant professor in global communications at Georgia State University.

The Doublethink Lab report points out that the Chinese public wasn't familiar with the discourse surrounding "Ukrainian Nazis" prior to the war, and relevant subjects didn't attract much media attention in China.

Days before the invasion, Chinese authorities issued a directive that asked domestic media outlets to only publish content from official media outlets such as the People's Daily, Xinhua News Agency and China Central Television, which signed cooperation agreements with Russian state media in 2015.

Michel: 'We called on China to help end the war'

Soon after Russia invaded Ukraine on February 24, Chinese state media outlets and the Chinese Foreign Ministry began to push out content that reiterated Russian media's claim that Ukrainian President Volodymyr Zelenskyy had left Kyiv or Ukrainian soldiers had surrendered. Other content cited Russian officials' assertion that the Ukrainian government was a Nazi-led administration.

The report also highlights that on the third day of the war, influential accounts on Chinese social media platform Weibo began to recycle false news from 2019 that claimed the US government had funded members of Ukraine's far-right Azov Battalion and that the money was then used to participate in the 2019 anti-extradition bill in Hong Kong.

"This tactic successfully linked the discussion of Nazism and the longstanding trope of foreign forces interfering in China's internal affairs in Chinese online discourse, influencing public opinion to support Russia's invasion of Ukraine," Yu wrote in the report.

"As various media and internet platforms ban Russian officials and Russian propaganda channels, the impact of discussions on Weibo on the wider Chinese-speaking diaspora should not be underestimated," the report stated. "Chinese discourses continue to spread Russian political propaganda through Weibo, Douyin, YouTube and other platforms, creating a negative image of Ukraine among Chinese users."

On March 24, Chinese Foreign Ministry spokesperson Wang Wenbin refuted NATO chief Jens Stoltenberg's assertion that China is spreading lies and misinformation about the war in Ukraine. "Accusing China of spreading misinformation related to Ukraine is in itself disinformation," he said during a press briefing.

Push back against Russian propaganda on Chinese social media

While Russian propaganda has dominated information about the war in Ukraine on Chinese social media, there have been some efforts by individuals to push back against the propaganda. Wang Jixian, a Chinese programmer living in Odesa, has been uploading daily videos to multiple social media platforms including YouTube, WeChat and Douyin, the Chinese version of TikTok, showing first-hand information in Ukraine to the Chinese-speaking audience.

However, his Chinese social media accounts were subsequently banned last month. "Is my voice so scary to you?" he said in one video uploaded to YouTube on March 18. "If not, why would all the social media accounts under my name be canceled at 3 p.m.? The only way for my parents to contact me has been canceled. Why can't you tolerate one of your citizens? I'm just a programmer, not someone fighting in the war."

Taiwan islands wary of China after invasion of Ukraine

Wang told DW that he began to record these videos because he thinks a lot of the heroic acts by the Ukrainian people have been overshadowed. "I think the world needs to see their heroic deeds, but when I search for information about the war in Ukraine on the Chinese internet, most content portrays Ukrainian people as terrorists," he said in a telephone interview.

"I think it's unfair for my Ukrainian friends and neighbors to be stigmatized. I also want to encourage Chinese people to reclaim their ability to think critically. I hope Chinese people can receive information from more perspectives and make their own judgments about the war accordingly," he added.

Additionally, a prominent scholar in Shanghai also published an article that suggested China needed to cut ties with Russia over the Ukraine war, but hours after the essay was published by the Carter Center's US-China Perception Monitor, the website was blocked in China.

How effective are China's propaganda efforts?

ProfessorRepnikova told DW that even though there are some critical messages and fact-checking efforts on Chinese social media to counter the dominant anti-Western rhetoric, those critical messages are often quickly censored. "The strongest voices tend to be nationalistic and anti-Western messaging which aligns with the pro-Russia statement," she said. "Other voices that have tried to challenge that have been quickly censored."

Freedom House's Sarah Cook says that, in addition to amplifying the Russian propaganda, muzzling dissenting voices is equally essential for the propaganda to be effective.

"If the voices within China, including some very prominent intellectuals, or content liked by a Chinese resident in Ukraine, were not being restricted, then the propaganda would be much less effective," she told DW.

While China may officially be taking a neutral stance, its online maneuverings suggest a very different position regarding Russia's invasion of Ukraine.

Send us your feedback. 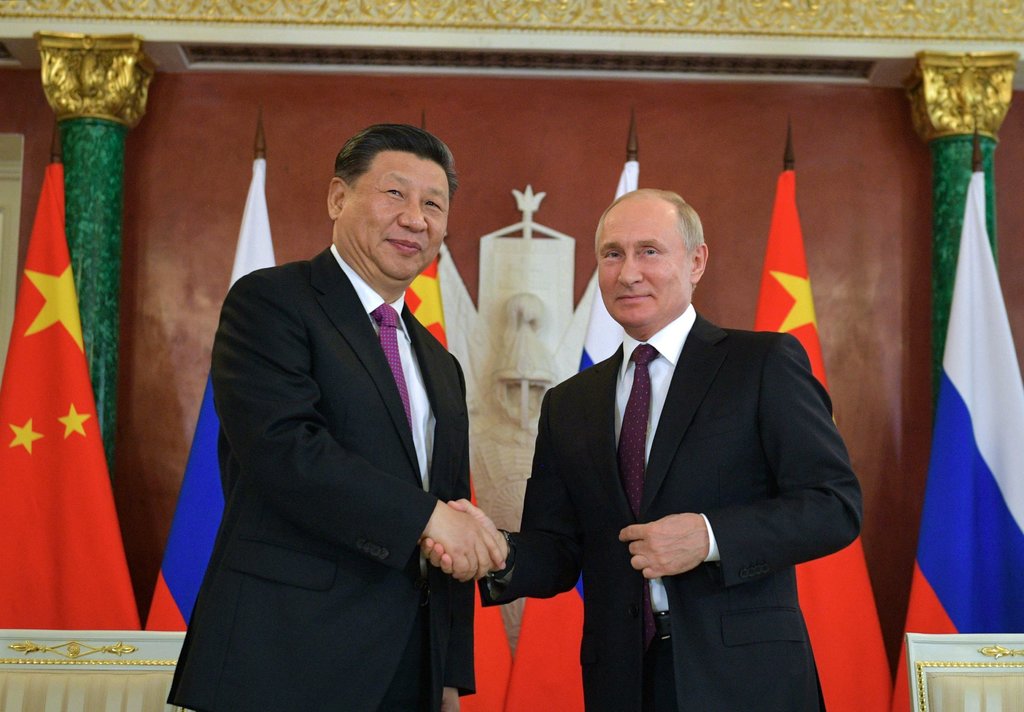