Would anyone be interested in having a watch party here on NewsTalkers for the premiere of Star Trek: Strange New Worlds on May 5th?

You know, the new show with Captain Pike on the original U.S.S. Enterprise?

It was suggested in a recent Star Trek group article that we should maybe have a watch party for the premiere, and after some brainstorming we think we've figured out how. We can use the NewsTalkers chatroom feature, which makes live, running commentary possible for several people at once.

The only problem is keeping everyone relatively synced-up while watching. If the show was on regular TV it wouldn't be an issue, but it'll be streaming on Paramount+, so we'll have to decide on a time for us all to simultaneously press play. Also, Paramount subscriptions are different, with some users having commercial breaks during shows. The solution for that is probably going to be for someone who has commercials to tell the chatroom to hit pause until their show is streaming again. I think we're going to do a trial run of that with this week's Picard episode to see how well it works. Something like that is really our only option.

It's still an idea in progress, but if you're a Star Trek fan with Paramount+, and a watch party for the Strange New Worlds premiere sounds like fun, then please help us pick a viewing time in the comments below.

A quick user guide for the chatroom feature

Hit "Chat Now" in the bottom-right of your screen and select the chatroom option in the menu at the top of the pop-up. 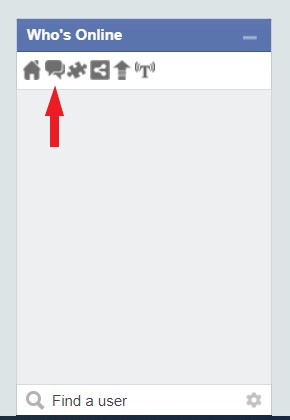 The chatroom lobby appears, where you can select the room (left arrow) and also pop the chat screen out into its own window (right arrow). Once it's popped out you can close everything else on your computer if you want, including NewsTalkers, and then maximize the chat window to full-screen. 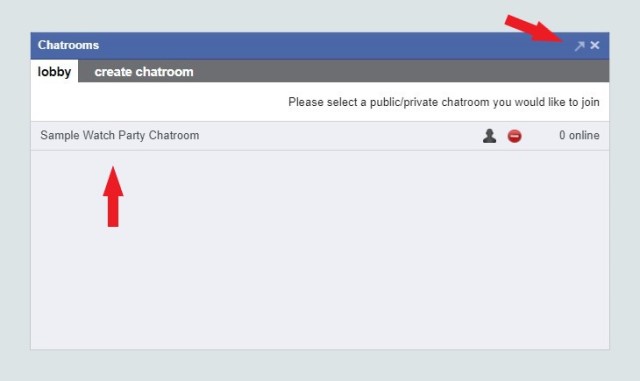 Below is a screenshot of how it looks popped out and maximized on my screen. The text is far too small for me, so I right-clicked on the bar at the top of the page and used the zoom function to fix it. You can also just hit Ctrl+ and Ctrl- on windows keyboards. 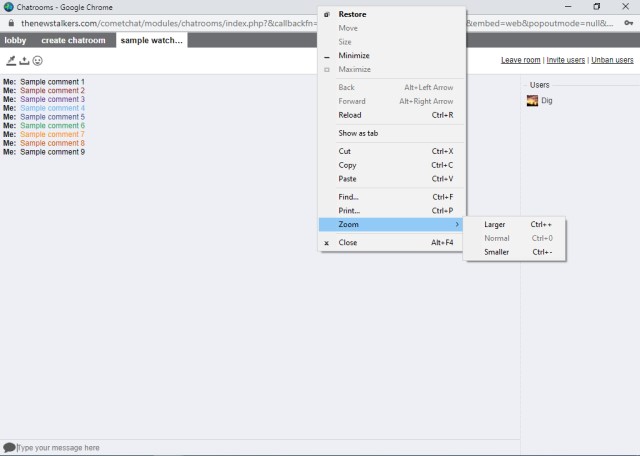 Below is how it looks when zoomed to 200% on my screen. A user list on the right shows who's currently in the room, and everyone's comments are displayed in descending order on the left. The sample text I've added is large and easy to read at this zoom level (at least to me), which is exactly what you want for following live running commentary while also watching TV. The black arrow at the bottom shows where to enter comments, and the red arrow at the top shows where to change your font color (the little eyedropper), which makes distinguishing between different user comments much easier. 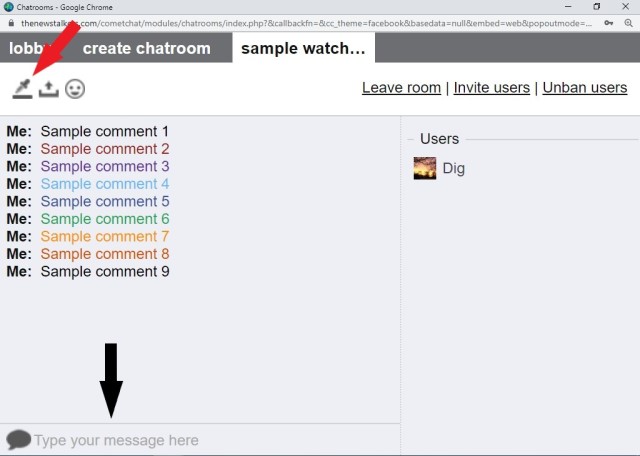 There's a whole slew of emoticons available under the smiley button. 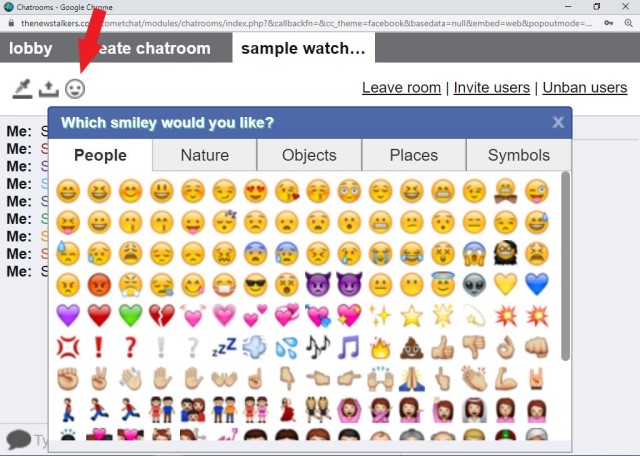 Images can even be uploaded from your computer. In the screenshot below I've posted a pic of some M&M characters watching a movie as an example. 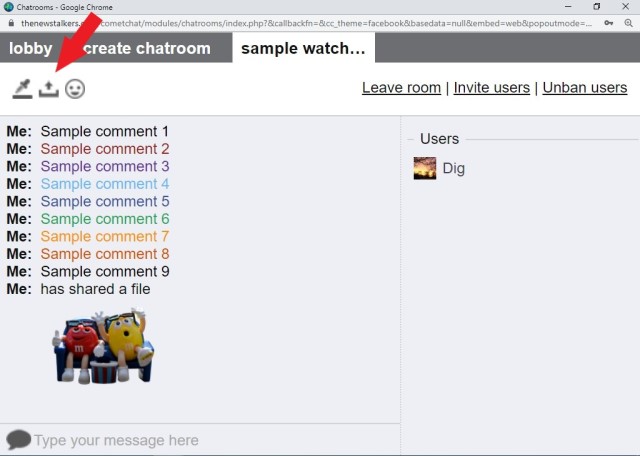 And one last thing... The chat screen will alert you with a little sound whenever someone comments, so make sure your volume isn't muted. If you're like me, then you'll definitely need that while watching TV at the same time.

That's it. There's no pressure or anything. We can all have popcorn and drinks (or whatever), comfy in our own living rooms, while watching the premiere and making comments and observations about it on laptops as we go (or a desktop if you can see your TV from it).

Again, please help pick a time in the comments below. We could even save it for Friday night if we wanted to.

As far as viewing time goes, I'm personally good for either Thursday or Friday evenings, with a later hour preferred, like 10 Eastern / 9 Central (or even later).

Same times will work for me.

I'm in! Just let me know which time you decide on.

It will be streaming on Paramount Plus.

Ok. I will try to participate

I should be okay for a watch party on May 5th. I have the Paramount + with no commercials. I'd just need a confirmed time.

How late is too late for everyone on a Thursday? I wouldn't mind starting at 11 Eastern/10 Central. I don't know if we'll have any people joining from out west, but that would be 9 Mountain and 8 Pacific for them.

That would work for me, but I'm a night owl.  If some folks need it to be earlier, I'd be ok with that, too.

Probably not much before 9 Eastern, though.  I like to get outside for a while after work.

Yeah, I'm open. I'm outside almost every evening this time of year, too, often until dark, but it's supposed to rain that day.

OK, back to 10 Eastern, then. I bet that would work for everyone.

Either of those times would work for me.

8 it too early for me because the hubby is still working. I can do 9.

I think evil is in central time, so his 8 would be our 9.

I am interested. I am in Arizona on Mountain Standard Time myself so that would be 6 or 7 for me.