Crimes Committed on Moon Could Be Punishable By Canadian Law

Crimes Committed on Moon Could Be Punishable By Canadian Law

Canada may amend its criminal code to specifically account for misdemeanors on the lunar surface. 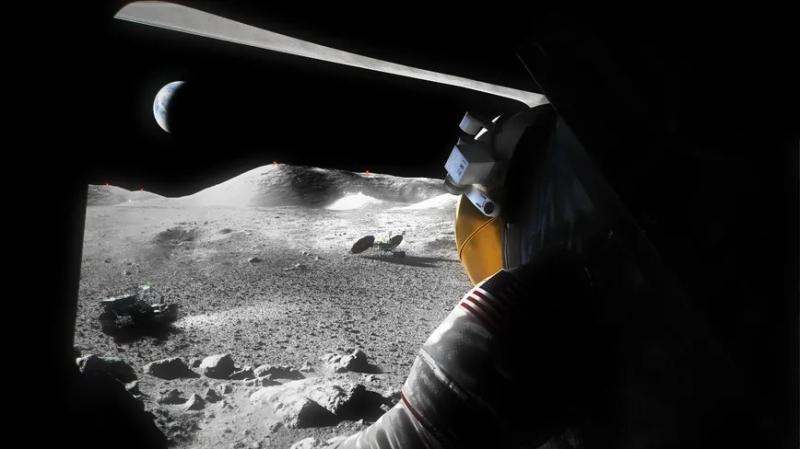 An illustration of a suited Artemis astronaut looking out of a Moon lander hatch across the lunar surface.  NASA

NASA's Artemis endeavor might finally bring humanity back to the moon in 2025, revamping lunar exploration with enough vigor to match the Apollo years. Readying themselves for that future, Canadian officials say they're prepared to prevent any and all lunar shenanigans.

Canada on Thursday proposed an amendment to its criminal code, which would allow for the prosecution of crimes committed by Canadian astronauts during three off-Earth scenarios: while traveling to the moon, from the moon, and when they're on the glowing orb itself.

More closely, the country's newly proposed code  outlined here  in Bill C-19 reads, "A Canadian crew member who, during a space flight, commits an act or omission outside Canada that if committed in Canada would constitute an indictable offense is deemed to have committed that act or omission in Canada."

Underneath this clause, it specifies that the rule applies to crimes committed "on, or in relation to, a flight element of the Lunar Gateway; on any means of transportation to or from the lunar gateway; or on the surface of the moon."

Taking out the complexities, this all just means moon explorers from Canada better be on their best behavior. No loitering near a cool crater, littering freeze-dried ice cream wrappers on moon rocks and definitely no stealing from a vulnerable alien, if you find one. Lunar lawlessness is a thing of the past.

Canada's criminal code already includes crimes committed by astronauts onboard the International Space Station as punishable by Canadian law, but it's notable that the country's newly proposed amendment includes moon-related crimes in particular. It might have something to do with the fact that Artemis II will have  a Canadian astronaut onboard , though there's no official statement to support such a claim.

This new extraterrestrial legislation is a step up from the much looser  space law outlined by the United Nations , one that hasn't been updated since 1967. That one was pretty much drafted due to the famous space race between Russia and the US decades ago and more or less leaves lunar-related consequences to case-by-case discretion by the country associated with the accused.

Perhaps we'll soon see other countries following in Canada's footsteps, revving up for the next generation of lunar exploration -- and maybe even deep space adventures -- because, well, wherever there are humans, there's the possibility of error. Even on the moon.

Correction, 5/3:  An earlier version of this story misstated the status of the legislation. It's currently a proposal under consideration.

When I first saw the headline, I thought this was a joke, but it isn't.  Someday in the future a lawyer could specialize in Extraterrestrial Law.

The first thing that came to my mind was how in the heck are they going to enforce it on anybody but a Canadian citizen?

The answer should be obvious - SANCTIONS, enforced by "The World's Policeman".

What makes you think that once a Canadian lands on the moon he'll want to return. there are no black flies up there.

But what if his/her poutine, butter tarts and Nanaimo bars run out?  Although, if someone were to open a Tim Horton's up there they might stay.