And How Quick Thinking with a few Stitches Saved the day. 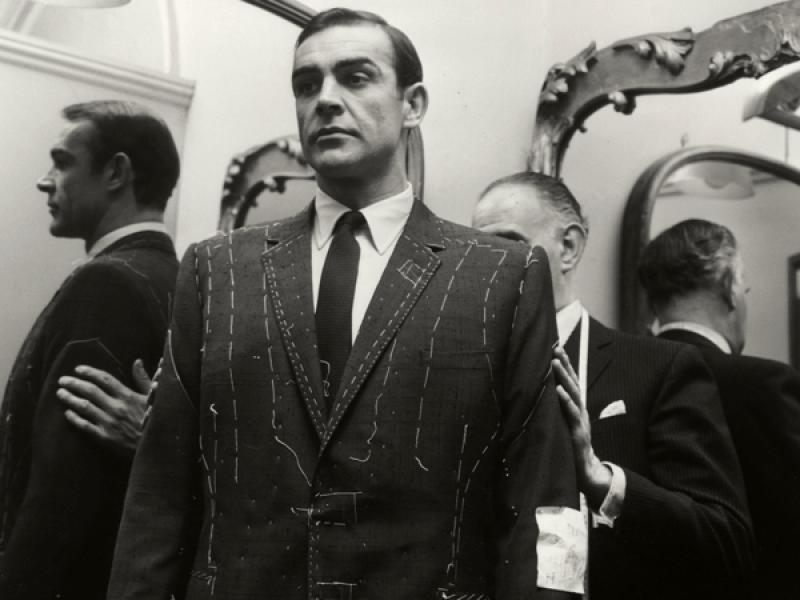 There was once an old tailor who ran a small workshop in a tiny village in Sicily.

He was talented and well-known for making his clients look and feel amazing in his creation. People came from near and far to get their suits custom made by the tailor and his dedicated team.

Before long, words reached the mafia boss in town.

He got curious and decided to pay the tailor a visit himself.

So one day, a few flashy cars sped into the quiet village and pulled up in front of the workshop. The old tailor and his team opened the door to find themselves surrounded by large muscle men - each with gun holsters hidden in their suits - escorting the mafia boss into the now cramped workshop.

You see, the mafia boss needed a special suit to wear for his daughter's wedding, and wanted to look his best. Without batting an eyelid, the old tailor got busy. Measurements were taken (with outmost care), fabric selected (the finest of finest), and style discussed (at length).

He was happy that he finally found a tailor he could trust.  Bellissimo!  He couldn't wait to look and feel amazing at his daughter's wedding.

Within the next few weeks, he visited the tailor three more times for fitting - always a pleasure. Each time his confidence grew. Not long to go now!

Then it was the night before the wedding - the mafia boss had arranged to pick up his suit in the morning. The old tailor went to give the suit a final inspection - just a routine one.

But what he found nearly gave him a heart attack because...

There was a tiny hole on the right trouser leg near the knee. It looked like a small burn - made by a fleck of hot coal from the iron, perhaps? Someone was no doubt careless with the final ironing.  Who was it?!   The old tailor quizzed the whole team.

After a brief silence, the young apprentice bursted into tears and fell to his knees. He was responsible. And now everyone (and their family) would be in big trouble, because there wasn't time (or fabric) to remake the trousers - and they had no idea what the angry mob boss would do if the suit wasn't perfect for his daughters' wedding.  What now?

The old tailor thought for a moment and got an idea.

With a needle and some embroidery silk, his nimble fingers turned the tiny hole into a fine eyelet, surrounded by a pair of wings. It was exquisite. The old tailor then instructed everyone to do the exact same embroidery - at the exact same spot - with their own trousers.

By morning the entire workshop team were sporting these winged embroideries on their own trouser leg near the right knee - they even had time to embroidered a few spare pairs to drape around the workshop and put in the display window.

Soon enough, the cars pulled up and the holster-wearing muscle men filed in, lead by the mafia boss - who had spring in his step and hummed a tune as he walked, for he was in an exceptionally good mood. The old tailor greeted him warmly and escorted him into the change room.

The humming continued for a few minutes, then silence. Followed by an angry growl. The mob boss bursted out of the change room...

He bellowed while pointed at the embroidery on his right trouser leg. At that split second, each of his men reached for their guns on reflex. Everyone froze.

"Oh, this." Calmly said the old tailor, with all the certainty in the world, "it's the latest trend, Boss. Look." He casually displayed the same embroidery on his own trousers.

As if on cue, his entire team matter-of-factly showed their right trouser leg. These Sicilian village tailors - dressed immaculately in their own creation - beamed with unshakable esteem. No one said a word.

The room was filled with pride and confidence.

It was clear to all that the tailor and his elite team knew exactly what they were doing. Not only were they well-versed in the fine art of tailoring, they had such keen eyes for details, and savvy of latest trend to boot - of course.

A few seconds of stunned silence (which seemed like an eternity) later - the mafia boss broke into laughter. He ran his fingers over the embroidery, straightened his lapels, and checked himself in the mirror again.

This suit was indeed a fine piece of work. He looked and felt amazing.

The mob boss handed the old tailor an extra wad of cash, before instructing all of his men to  each  get a suit made by this workshop - of course, all with this same embroidery,  no?  Because his entire gang would now be known as trend setters - the most stylish gangsters this side of Sicily!

As the mobs left to enjoy the wedding, the old tailor and his team let out a collective sigh of relief. Needless to say, business boomed and they went on to become one of the most prominent tailors this side of Sicily - known by their signature winged embroidery.

This was a story I learnt from an old tailor.

He may have been from Sicily - I didn't ask.

Over the years I've told this story many times to my fashion design friends and students, who - from time to time - would fall into self-doubt and despair, especially when things go wrong in the pursuit of perfection.

Mistakes and hiccups happen to us all.

What you do with them is up to you.

Simply OWN your "oh-I'm-doomed" moments and imperfections - so that you may  find unexpected ways to turn these into something beautiful.

You are already amazing. You already have what it takes to be the best version of you. A deeper sense of self-believe  will  invite the rest of the world to have confidence in you.

Have you ever  averted any potential drama by quick thinking - in sewing or otherwise?

Professor Principal
1  author  Buzz of the Orient    4 weeks ago

Having read Vic's movie review of The Outfit, I started doing a search for an older movie I saw a while ago about a tailor whose reputation was learned by a mob boss who then went to the tailor to make his suit, causing much trepidation.  While searching I came across this story on a site dedicated to sewing, and thought it not only relevant, but the question it asked at the end could lead to interesting stories by the NT members.  Not focusing on sewing, the question is...

Have you ever  averted any potential drama by quick thinking?  If so, tell us about it.

"Simply OWN your "oh-I'm-doomed" moments and imperfections - so that you may  find unexpected ways to turn these into something beautiful.

You are already amazing. You already have what it takes to be the best version of you. A deeper sense of self-believe  will  invite the rest of the world to have confidence in you."

Have you ever  averted any potential drama by quick thinking?

In my case, I can't recall ever averting potential drama with or without the quick thinking.

Believe it or not you just exposed the theme of the movie "The Outfit" - quick thinking!