GEICO may have to pay $5.2 million to a woman who got an STD in an insured car

community » Discussions » Category » News & Politics » Discussion » GEICO may have to pay $5.2 million to a woman who got an STD in an insured car

GEICO may have to pay $5.2 million to a woman who got an STD in an insured car 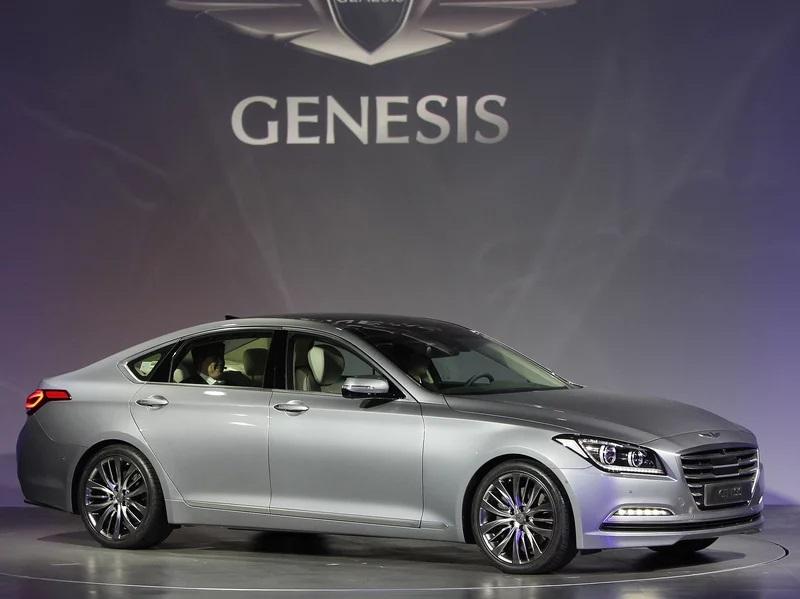 A woman in Missouri says a man she had sex with in a Hyundai Genesis infected her with HPV through neglect — and she wants his insurance company to cover her medical costs and other damages. Here, Hyundai representatives display the 2014 model of the Genesis.   Chung Sung-Jun/Getty Images

The Missouri Court of Appeals is siding with a woman who won a $5.2 million award against GEICO, in a case that centers on a unique auto injury claim: the woman says she contracted a sexually transmitted disease in a Hyundai sedan whose owner was insured by GEICO.

The woman, identified in court papers as M.O., says a man, identified as M.B., infected her with human papillomavirus, or HPV, when they had unprotected sex in his 2014 Hyundai Genesis.

She says the man was negligent and didn't tell her about his health diagnosis, despite having a throat cancer tumor that was confirmed to be positive for HPV.

GEICO had told the woman its auto insurance coverage didn't apply because the "damages claimed did not arise out of the normal use of the vehicle."

How did we get here?

The sexual encounters took place in late 2017. Because the car was covered by GEICO at the time, M.O. says the company is obligated to compensate her for contracting HPV from its owner in the vehicle, citing medical expenses and her pain and suffering.

The two signed an arbitration agreement in March of 2021, agreeing to settle their dispute. Roughly two months later, an arbitrator awarded M.O. $5.2 million, saying the sum "would fairly and justly compensate" her.

M.O. went to circuit court in Jackson County, Mo., to enforce the arbitration ruling, and won her case. GEICO then appealed to the higher state court.

The insurance giant said it hadn't been given a chance to defend itself, violating its constitutional rights to due process and access to the courts. But in its ruling this week, two judges in the  Missouri Court of Appeals' western district said  GEICO had numerous chances to act on its own behalf.

The judges noted that M.O. had initially submitted a claim to GEICO more than a year ago. And in February of 2021, the woman sent the company a copy of the lawsuit she was about to file against the insured man. At that time, she also offered to settle the claim for $1 million. The third judge on the appeals panel concurred with the court's ruling, but he also said GEICO hadn't been given a "meaningful opportunity to participate in the suit" before the judgment was rendered.

GEICO is also fighting the large award in federal court

M.O. has now won three victories in Missouri. But in April of 2021, GEICO sued both M.O. and M.B. in federal court, asking the court to rule that the insurance company isn't liable for the woman being infected with HPV, and that it doesn't have a duty to defend the man from her claims against him.

GEICO says the car owner's claims for coverage should be dismissed because they're barred by a number of legal doctrines, including "fraud, collusion, illegality, laches, and unclean hands."

But M.O. says GEICO acted in bad faith, by refusing to defend the man who owns the car, despite multiple requests, and by refusing to settle her claim. She says the man "was insured against his personal liability arising from his negligence in actions involving his automobile," and that makes GEICO responsible.

The federal case is set for a jury trial, which is currently slated to begin in a Kansas City courtroom in October. Since GEICO filed its federal suit more than a year ago, well over 100 docket entries have been made.

Even though my first experience was in the back seat of my father's 1952 Hudson Hornet, at least Kitty didn't have any cause of action, so my father's car insurers would have able to breathe easy.  But sometimes I think American lawyers are so lucky to be able to make their fortune on cases like this one.

a throat cancer tumor that was confirmed to be positive for HPV.

Why are men always getting HPV in the mouth and throat?

Professor Principal
2.1  seeder  Buzz of the Orient  replied to  Gulliver @2    3 weeks ago

Don't ask me.  I've never even heard of it before.

Oh, I was joking. HPV is a sexually transmitted infection. Getting it in the mouth implies, well,...

Well sure. lots of people have gourmet taste.

One of the stupidest cases I have ever heard of.

This country is going to hell because we have raised a bunch of idiots who want to take zero personal responsibility and feel a sense of entitlement.

When I hear stuff like this, I am glad I am old and won't be around to see us be run by these fucking idiots for too much longer.

"This country is going to hell because we have raised a bunch of idiots who want to take zero personal responsibility and feel a sense of entitlement."

You mean like those who refuse to wear masks and socially distance?

Yes, I really thought that was clear.

"You mean like those who refuse to wear masks and socially distance?"

Off topic (Buzz of the Orient)