Trump Gripes That McCarthy Was Wrong to Boycott Jan. 6 Committee

The former president complained that Republican allies hadn't been allowed to sit on the committee so the case against him wasn't being rebutted. 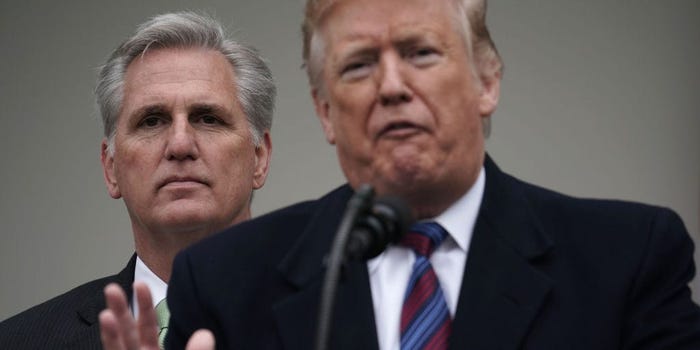 (SPAM deleted - Please edit out SPAM from your posts)

Trump, in an interview with the influential Punchbowl newsletter, complained that the Republican case was not being heard in the committee's public hearings.

In the hearings the committee has presented evidence of a multi-pronged campaign by Trump and his allies to overturn his 2020 defeat, culminating in the Capitol attack.

Both are ardent Trump allies, and had voted against certifying the results of the 2020 election, part of Trump's ploy to overturn the result on the basis of false claims of electoral fraud.

Although GOP leadership did not participate in populating the committee, Trump is wrong to say it contains no Republicans.

Rep. Liz Cheney and Rep. Adam Kinzinger have been prominent members, but both comes from the anti-Trump wing of the party.

Trump said: "I think it would've been far better to have Republicans [on the panel]. [Jim Banks and Jim Jordan] were great. They were great and would've been great to have them. But when Pelosi wrongfully didn't allow them, we should've picked other people. We have a lot of good people in the Republican Party."

It's not the first time Trump has expressed displeasure at McCarthy's decision. He made the same criticism in recent remarks to a conservative radio host, and CNN reported via unnamed sources that Trump was complaining about the situation to his allies.

McCarthy's relationship with Trump has hit the rocks in recent weeks.

Leaked tapes showed McCarthy criticizing Trump in the wake of the riot and calling for an investigation. That stance starkly contradicts his later shows of loyalty and objections to the House committee investigation.

Trump has so far not endorsed McCarthy in his bid to become House speaker if Republicans win back control of the chamber in November's election.

McCarthy is under Trump's bus yet still kisses ass!

Asz do almost all Republicans continue to overdo, even after the overthrow,‘failed  a tempt

In the end they end up under Trump's back end! 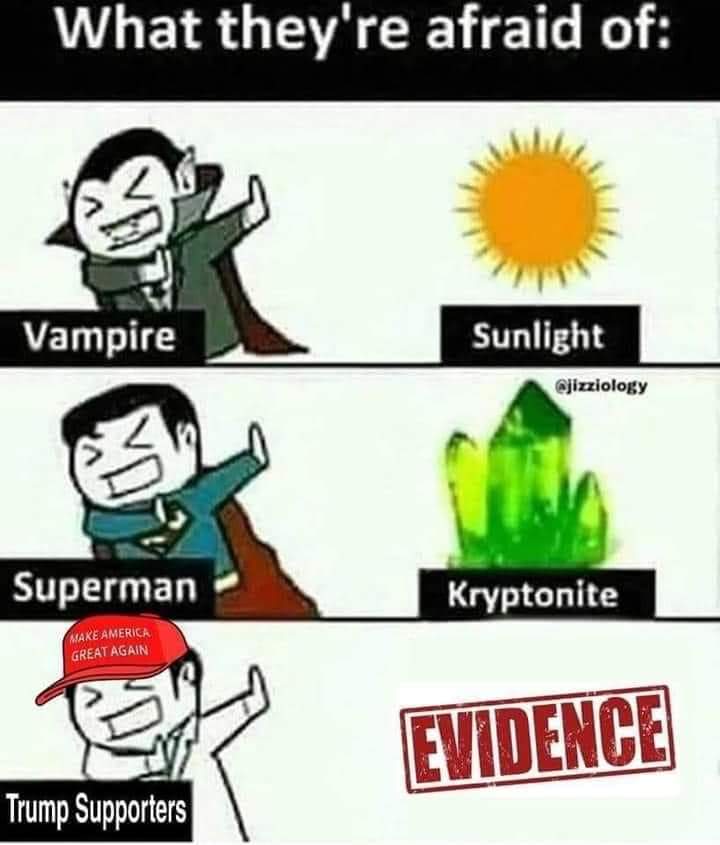 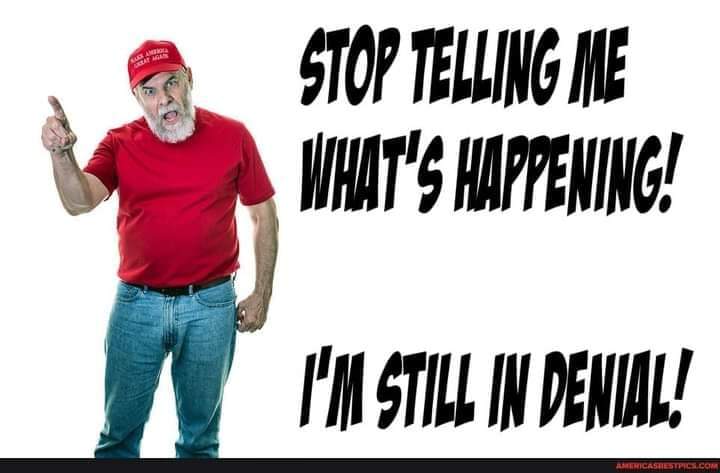 Professor Quiet
4  Ronin2    one week ago

Although GOP leadership did not participate in populating the committee, Trump is wrong to say it contains no Republicans. Rep. Liz Cheney and Rep. Adam Kinzinger have been prominent members, but both comes from the anti-Trump wing of the party.

First Liz Cheney is no longer a Republican; period. She can call herself whatever the hell she wants; but she has been removed at the state and federal party levels.

The Wyoming Republican party will no longer recognize Liz Cheney as a member of the GOP in a rebuke over her vote to impeach Donald Trump over his role in the 6 January insurrection.

The vote by the state party central committee followed votes by local GOP officials in about one-third of Wyoming’s 23 counties to no longer recognize Cheney as a Republican.

The vote is the group’s second formal rebuke for her criticism of Trump. In February, the Wyoming GOP central committee voted overwhelmingly to censure Cheney, Wyoming’s lone US representative.

Kinzinger isn't in any better shape.

Both are nothing more than Pelosi's sock puppets. Neither will be cleaned after use; but thrown in the trash.

First Liz Cheney is no longer a Republican; period.

Ahhh... the Not True Scotsman defense. I think the rest of will follow her very conservative Republican voting record as evidence.

Is Bowers who testified yesterday a Republican?

Is anyone not for Trump allowed in the gop now?

Ain't that some shit?  According to some - Liz Cheney is no longer a republican.

Did anyone tell her?

Did anyone tell her?

The Republican party of Wyoming will no longer consider their sole U.S. House lawmaker, Rep. Liz Cheney, as a member of the GOP, the latest reprimand for Cheney, who is a consistent critic of former President Donald Trump.

What a bunch of fools. She's probably the most conservative Republican in Congress

What a bunch of dicks!

"First Liz Cheney is no longer a Republican; period"

With apologies to Frank Loesser (Guys and Dolls)...

In the Congress, where the sun shines
Amid the darkness
And the cold.
And the pain and shame in which we wallow.
Follow the fold and stray no more
Stray no more, stray no more.
Cause you're a RINO and join us no more
Follow, follow, the fold.

Trump is a chump.  Jim Jordan was not going to be anymore a serious committee member than Donald would have been. There is no daylight between them. Indeed, Jordan would have been hauling committee activities and investigation documents to Donald for "damage control" and opposition research each day and night. As we can see, Donald Trump is the 'poster boy' for 'maxing out' and a glutton for punishment. Consequently, Donald keeps getting legally and politically 'slugged.'

Do you get to wear a special belt if you're the World's Chumpion Heavyweight Former POTUS?

Unfortunately not. However it would not be a good thing. Donald Trump never wrestled but Vince Mahon did show him how to put on a Jim Ross "slobberknocker" - in which case you can say Donald has learned from the best in the biz!  How. To. Be. A. Heel.