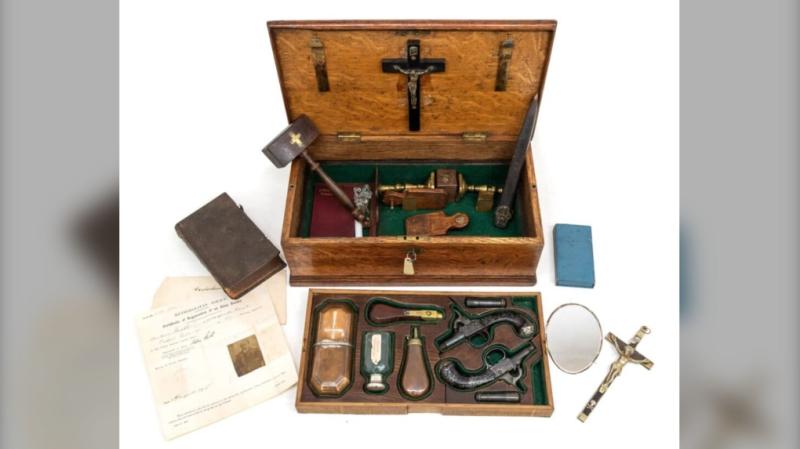 A late 19th century vampire-slaying box kit, which sold on Thursday for £13,000 (US$15,736.49), belonged to Lord William Malcolm Hailey (1872-1969), a British peer and former administrator of British India, Hansons Auctioneers said in a news release. (Hansons Auctioneers and Valuers Ltd)

Buffy would be proud.

A vampire-slaying kit once owned by a British aristocrat sparked an international bidding war before selling for six times its estimated price, according to Hansons Auctioneers.

"Whether through fear or fascination, it's interesting to know a member of the highest aristocratic social order, a man with a place in the House of Lords, acquired this item," said Charles Hanson, owner of the auction house. "It reminds us that the  vampire  myth affects people from all walks of life."

"The task of killing a vampire was extremely serious and historical accounts suggested the need for particular methods and tools," Hanson said. "Items of religious significance, such as crucifixes and Bibles, were said to repel these monsters, hence their presence in the kit."

The eerie item attracted bidders from across the world, including France, the United States and Canada. An anonymous bidder from the United Kingdom won.

It's unclear whether the buyer will put the kit to use. But Hansons Auctioneers says: "Belief in vampires, an undead creature said to need human blood to survive, goes back hundreds of years and persists in some parts of the world today."

RED BOX RULE:  Off topic comments will be deleted.

One of the most unique of oddities for any collector.  However, Bela Lugosi has been dead and gone for a long time.

What about Christopher Lee?

There have been a number of movie/TV vampires, but for me Bela Lugosi was the original (I think) and best.  I get stuck on originals, for example IMO Sean Connery was the only real James Bond.

The original was a 1922 German film titled Nosferatu. Max Schreck played the part of Dracula, a.k.a Nosferatu a.k.a, in the film Count Orlok.

Professor Principal
3  seeder  Buzz of the Orient    one month ago

It appears to contain two antique pistols, which I assume would be loaded with silver bullets.

Silver bullets were for werewolves I believe.

LOL.  Did a Microsoft BING search and came up with this....

"A pure silver bullet or silver stake to the vampire’s heart will cause instant death. Hitting them elsewhere will cause prolonged agony before their eventual death. However, if they can remove the silver from their body in time they can recover."

My thanks for the correction.

I think it would be a cool item. If I had a ton of money, I would buy it just for the kitsch value.

Professor Principal
4.1  seeder  Buzz of the Orient  replied to  Ender @4    one month ago

It's an incredible conversation piece for when one has guests over.

I'd bet that it was a relative or even the Count himself, also known as Vlad the Impaler. I visited his home once when I was in Romania. 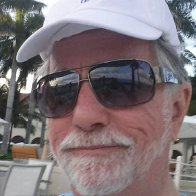