Dems In Toss-Up Races Are Ducking Debates With GOP Rivals

By:   Shawn Fleetwood (The Federalist)

Democrat candidates running in key toss-up races are avoiding debates with their GOP opponents in the leadup to the midterm elections.

Democrat candidates running in key U.S. Senate and gubernatorial races across the country are avoiding debates with their Republican opponents in the leadup to the 2022 midterm elections.

On Tuesday, Pennsylvania's Democrat candidate for U.S. Senate John Fetterman announced that he would not be participating in a televised debate scheduled for Sept. 6 against his Republican opponent Mehmet Oz, citing his ongoing recovery from a stroke as part of his justification for the decision.

"As I recover from this stroke and improve my auditory processing and speech, I look forward to continuing to meet with the people of Pennsylvania. They'll always know where I stand," he said in a statement.

Since his stroke in May, Fetterman has had limited public appearances on the campaign trail, with the Pennsylvania Democrat producing incoherent ramblings during speeches to voters.

John Fetterman today held his second rally since having a stroke in which he spoke for less than 5 minutes.
Here are the highlights. pic.twitter.com/lwo40YWcZi
— Greg Price (@greg_price11) August 23, 2022

In his statement, Fetterman also cited his hurt feelings over comments from the Oz campaign as his main reason for not participating in the debate. Earlier on Tuesday, the Oz team had put out a list of "concessions" for the debate to accommodate Fetterman, which included an offer to "'pay for any additional medical personnel' that Fetterman might need on standby" and "bathroom breaks and allowing him to have all of his notes on hand, along with an earpiece to obtain answers from his staff."

"Today's statement from Dr. Oz's team made it abundantly clear that they think it is funny to mock a stroke survivor. I chose not to participate in this farce," Fetterman said. "My recovery may be a joke to Dr. Oz and his team, but it's real for me."

"I will not be participating in a debate the first week of September, but look forward to having … a real conversation on this once Dr. Oz and his team are ready to take this seriously," he added.

Fetterman has yet to commit to any of the five moderated debates proposed by Oz earlier this month.

The Oz campaign has since released a press release on the matter, with Communications Director Brittany Yanick saying that Fetterman's campaign "is insulting the intelligence of Pennsylvania voters."

"We heard John Fetterman won't debate Oz in the 'first week of September'. Ok, so when will he debate?" Yanick said. "He won't ever say - not even in his latest whiny statement."

The Fetterman campaign did not respond to The Federalist's inquiry as to whether Fetterman believes Pennsylvania voters deserve to see him and Oz debating the issues most pertinent to the commonwealth on live television.

Pennsylvania is hardly the only state where Democrat candidates are seemingly ducking their Republican opponents' debate challenges. In Arizona, the state's Democrat candidates for governor and U.S. Senate, Katie Hobbs and Mark Kelly, are both reportedly attempting to create an issue out of existing debate format rules to avoid debating their respective GOP opponents, Kari Lake and Blake Masters.

According to Arizona Central reporter Stacey Barchenger, Hobbs was supposed to RSVP for the [Citizens Clean Elections Commission (AZCCEC)] & [Arizona PBS] gubernatorial debate" on Aug. 26, but "at 5:24 p.m., her campaign manager sent an email to AZCCEC asking for a meeting to discuss changes to the format" before fully committing.

"Asking for changes, Hobbs' campaign manager Nicole DeMont cited the primary debate among GOP candidates for #AZgov she said 'turned Arizona into a national laughing stock, and Secretary Hobbs has too much respect for this state and its voters to participate in such an event,'" Barchenger reported in a tweet.

"We would like to find a time to meet to discuss changes to the proposed format that will avoid another circus like the GOP primary debate and will lead to a substantive debate of ideas between the candidates," DeMont reportedly added.

"We would like to find a time to meet to discuss changes to the proposed format that will avoid another circus like the GOP primary debate and will lead to a substantive debate of ideas between the candidates," DeMont wrote.
So the #AZgov debate saga continues. Stay tuned.
— Stacey Barchenger (@sbarchenger) August 27, 2022

In the state's U.S. Senate race, Democrat candidate Mark Kelly has similarly been raising complaints over AZCCEC's current debate format, with Kelly's campaign manager reportedly saying in an email to the group that the campaign has "some concerns about the suggested format" after "seeing [the] recent Republican gubernatorial debate."

Debate organizers have given Hobbs and Kelly a Friday deadline to accept or decline the invitation to the October debate, according to local Arizona reporter Brahm Resnik, who also confirmed that both Lake and Masters have already agreed to participate.

Fetterman has the additional problem of recovering from a stroke, but I'm sure he doesn't want his radical positions exposed during a general election. 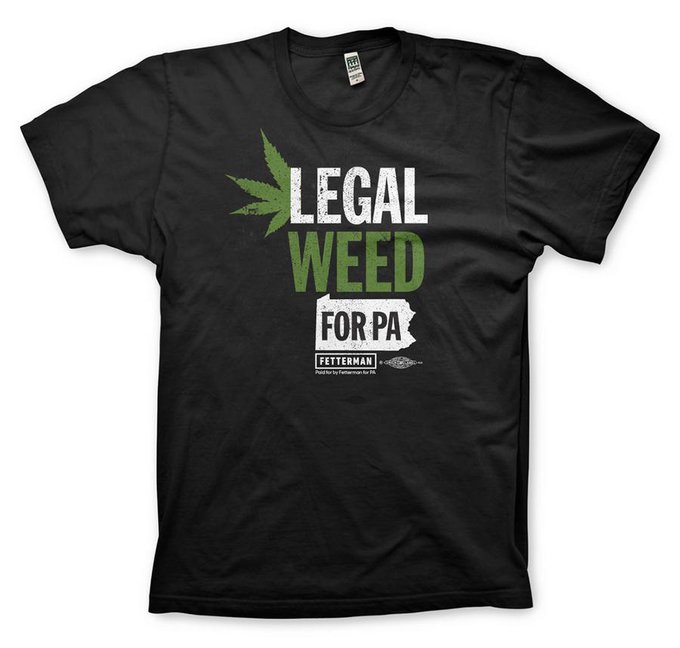 Fetterman has a legitimate reason not to want to debate.  If Oz doesnt like it, tough shit.

People who dont want a stroke survivor representing them can vote for the other guy.

How can he handle the strains of holding office if he can't face a simple debate?

Does he think the job is over once he is elected; and there will be no pressures of office?

Fetterman has a legitimate reason not to want to debate.

I noted that. That however is not the only reason. He is extremely radical in his views.


People who dont want a stroke survivor representing them can vote for the other guy.

Fetterman is too extreme for PA.

Fetterman has a legitimate reason not to want to debate.

And that same legitimate reason makes him questionable about doing the job.

And that same legitimate reason makes him questionable about doing the job.

So very much true.  How much grief do we hear from the opposition party questioning the mental abilities of the president,  an issue that has gone back for several administrations by the way.  A stroke is a horrible event that robs the person of so much.  And unfortunately once  a person has had a stroke they are much more susceptible to future strokes.  Recovery from an initial stroke can take a long time depending on how severe the stroke was in the first place as well as where in the brain it occurred.  If he is not wanting to debate because of the state of his recovery I would have to question his ability to perform the business of his state while in the Senate.

Democrats don't want to debate. An open forum to present ideas and discussion. Of course they are against that.

Why? Are they worried that someone will ask them questions about real issues like the border, crime, gas prices, inflation, and economy? That they won't be able to lie well enough to convince people to vote for them?

An open forum to present ideas and discussion. Of course they are against that.

They prefer safe spaces where there are no dissenting views allowed. In such safe surroundings they can exchange high fives with their friends, professors and let's not forget management.

Because they grew up in an intellectually sheltered environment. They know nothing else.


Are they worried that someone will ask them questions about real issues like the border, crime, gas prices, inflation, and economy?


That they won't be able to lie well enough to convince people to vote for them?

They gave up on trying to convince people the day LBJ taught them how to pander to black Americans.

Freshman Principal
4  Drinker of the Wry    4 weeks ago

Fetterman has a legitimate reason not to want to debate

Absolutely, while recovering from a stroke, Fetterman still has auditory processing issues and Oz is a professional television personality, so it's obvious whose strengths a debate plays to.

If Uncle Fester is not ready for a debate, how can he be ready to serve in the Senate?

The question of the day!

Does anyone know the answer?

How about the wordsmith?

Not all republicans want to debate either, including daddy trump.

Perhaps you have a link for that?

You mean all your efforts to invoke Trump involve the last election?    Give it a rest.