A Russian-installed official in the Kharkiv region said Ukrainian forces outnumbered Russian troops by 8-to-1 and had broken through to the Russian border. Vitaly Ganchev told the state-owned Rossiya-24 television channel on Monday "the situation is becoming more difficult by the hour."

Ukraine President Volodymyr Zelenskyy marked 200 days since the war began by lauding the efforts of his military.

"The world is impressed. The enemy is panicking," Zelenskyy said. "Ukraine is proud of you, believes in you, prays for you, and is waiting for you."

Ukraine's tenacity, U.S. weapons and Russian disarray have been major factors in the Ukrainian counteroffensive that has led to the recovery of significant territory in the northeastern Kharkiv region that had been controlled by the invading forces for months, two senior Pentagon officials said Monday.

The counterattack, which sent some Russian troops across the border and back into their country, forced them to abandon substantial amounts of armor as they fled, one of the officials said. That indicates Russian military officers lack command of their forces, said the official, who along with the other one briefed reporters on condition of anonymity.

The headlong retreat of Russian forces reflects the enormous miscalculations President Vladimir Putin's government made about Ukrainian resolve, western support and a Russian military riven with weaknesses, including poor morale and logistics, the officials said.

One of the key elements of western aid has been the High Mobility Artillery Rocket Systems supplied by the U.S., which have been used to destroy Russian command posts, ammunition depots and logistics hubs more than 40 miles behind the frontline, one of the officials said.

Ukrainian forces also made moderate gains against Russian troops the southern part of the country near Kherson, the other official said. Russian warplanes increased air strikes over the weekend, hitting some civilian targets, but Ukrainian forces continue to defend their airspace, the official said.

Ramzan Kadyrov, the Moscow-backed leader of the Russian region of Chechnya, and Boris Nadezhdin, a former parliament member, were among prominent Russians to publicly criticize the war strategy.

Nadezhdin told NTV that Putin aides who convinced him the military would be fast and effective got it wrong.

"We're now at the point where we have to understand that it's absolutely impossible to defeat Ukraine using these resources and colonial war methods," Nadezhdin said.

Some local political leaders have joined in the criticism, as municipal deputies from 18 districts in Moscow and St. Petersburg signed a petition posted online Monday calling for Putin's resignation.

Institute for the Study of War: Ukraine 'routing' Russian forces

The Washington-based Institute for the Study of War issued an assessment Monday saying the Ukrainian counteroffensive in Kharkiv was "routing Russian forces and collapsing Russia's northern Donbas axis." Russian forces are not conducting a controlled withdrawal but rather "hurriedly fleeing" southeastern Kharkiv Oblast to escape encirclement around Izyum.

"Ukrainian forces have penetrated Russian lines to a depth of up to (45 miles) in some places and captured over 1,150 square miles of territory in the past five days since Sept. 6 - more territory than Russian forces have captured in all their operations since April," the assessment says.

The hasty retreat by Russian forces caught the attention of Ukrainian civilians such as Dmytro Hrushchenko, a resident of recently liberated Zaliznychne, a small town near the eastern front line.

"The Russians were here in the morning,'' he told Sky News. "Then at noon, they suddenly started shouting wildly and began to run away, charging off in tanks and armored vehicles."

It's too early to tell whether the Ukrainian counteroffensive in the northeast represents a turning point in a war that has seen several momentum shifts, but it certainly buoyed spirits in the embattled country.

Residents of the Kharkiv region were especially grateful to get power and water back after Russia's attacks on infrastructure Sunday caused blackouts throughout the country. The shelling of Kharkiv, Ukraine's second-largest city, has been a constant for months and continued as Russian troops were driven away.

Kharkiv authorities said Monday that power and water have been restored to about 80% of the area's population. Mayor Ihor Terekhov called repair crews "heroes'' for their work in helping "to normalize the life of the city as soon as possible."

Ukrainian officials said their military has captured a large number of Russian POWs, including several officers who could prove especially valuable in negotiations for prisoner exchanges.

And Zelenskyy took a particularly defiant tone toward Russia, saying late Sunday on social media: "Do you still think you can intimidate, break us, force us to make concessions? Cold, hunger, darkness and thirst for us are not as scary and deadly as your 'friendship' and 'brotherhood.'"

Liberated city of Izyum in ruins

Ukraine forces, reclaiming the city of Izyum in Kharkiv province, said more than 1,000 residents had been killed by Russian shelling and about 80% of the infrastructure had been destroyed in the city that was home to 45,000 residents before the war began. Less than 10,000 remain, City Council member Maxim Strelnikov said.

"As throughout the occupied territory, the Russians committed war crimes and tried to cover them up,'' he said.

Russia military officials have repeatedly said forces have been moved away from Kharkiv and other cities to support its effort to control the eastern, industrial Donbas region that it claims has been its goal all along. But now Ukrainian officials say they are making gains in the two Donbas provinces of Luhansk and Donetsk as well.

Serhii Haidai, head of the Luhansk military administration, said in a Telegram post that the city of Lyman in Donetsk has been liberated by Ukrainian forces and that now "it is our turn."

"I want to let locals know that liberation is close," he said. "If you hear sounds of combat, remain in shelters. We cannot name settlements but locals will understand."

Sergey Aksenov, the Russia-appointed leader of occupied Crimea, said organizers and participants in pro-Ukraine rallies will "be held accountable." He complained that videos from public events in Crimea show residents chanting pro-Ukrainian slogans and singing nationalist songs. That could lead to prosecution and dismissal from jobs, he said in a Telegram post. He suggested they leave Crimea voluntarily.

"It would be rational and logical for those who support the Ukrainian regime to leave for the country they love so much," he wrote.

Russian official: 'Total surrender' of Ukraine forces might be demanded

A former president and prime minister of Russia on Monday dismissed reports of Ukrainian gains and warned the Kremlin might ultimately demand "total surrender" of the Kyiv regime. Dmitry Medvedev, now deputy head of his nation's Security Council, alluded to Zelenskyy's refusal to conduct a dialogue "with those who put forward ultimatums."

"The current 'ultimatums' are a warm-up for kids, a preview of demands to be made in the future," Medvedev said. "He (Zelenskyy) knows them: the total surrender of the Kyiv regime on Russia's terms."

European natural gas prices fell to their lowest level in seven weeks on Monday. ICE Dutch TTF gas futures for October, the European benchmark, were down 7.3% to about about $195 per megawatt hour. That's down more than 40% from the all-time high of around $350 less than three weeks ago.

Analysts credited Europe's efforts to stock up ahead of winter, proposed caps on Russian gas prices and a more positive outlook on the war in Ukraine.

Kremlin Spokesman Dmitry Peskov, asked whether the country's military leadership continues to enjoy Putin's supports, said only that "the special military operation continues and will continue until all the goals that were initially set are achieved." Peskov declined to comment on reports that the commander of the Western Military District had been fired, saying that was an issue for Russia's Defense Ministry.

The Russian Defense Ministry announced Sunday the "regrouping" of Russian troops in the Kharkiv region to step up efforts in the Donetsk province.

President Biden's leadership made all the difference!

Tell that to the laundry guy in Jalalabad. 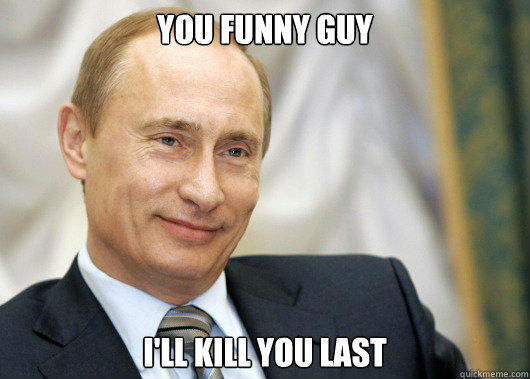 President Biden's leadership made all the difference!

Exactly, Zelenskyy is just an afterthought.  Biden deserves the credit for Ukrainian resolve. 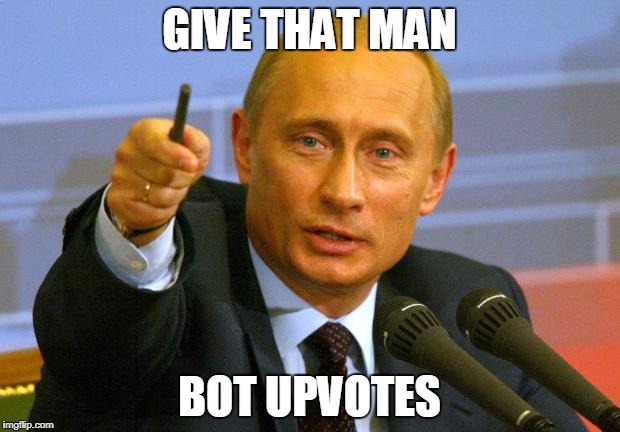 What should I do with them when received?

Maybe it's time Ukraine returned the compliment and invaded Russia..

Wonder how Putin would explain that one...

You know what we ate saying now?

Bombing Putin Back to the Volga - PRICELESS

They are relatively/deathly afraid of that.

Belarus is pretending to be a competent adversary and Russia has already threatened to use nukes to defend its sovereignty.