'My aunt has become forgetful': Her will leaves $1.2 million to three nuns and a friend who cares more about her inheritance than my aunt. What can I do? - MarketWatch

community » Discussions » Category » News & Politics » Discussion » 'My aunt has become forgetful': Her will leaves $1.2 million to three nuns and a friend who cares more about her inheritance than my aunt. What can I do? - MarketWatch

Her friend invited her parents and sons to see the house that she is going to inherit, and when my aunt heard about it she was furious.

'Her friend invited her parents and sons to see the house that she is going to inherit, and when my aunt heard about it she was furious' 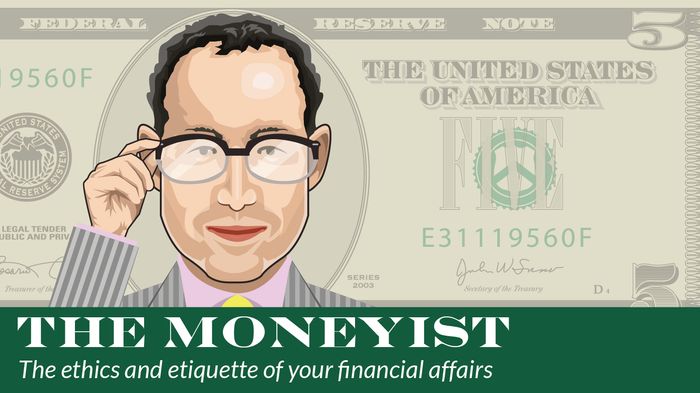 'This so-called will was written over 20 years ago and no one, including my aunt, knows what was written.'

I have an aunt who is 88 years old and not in good health.

She has a house that is worth $1.2 million. I am her only relative. I usually see her once every two weeks — I live about 25 miles away — to take her food and help her with her house upkeep. Also, I am the only one that visited her when she was hospitalized.

She has a couple of friends who sometimes call her. However, one of her friends lives 40 miles away, and never sees her. As a matter of fact, that friend and my aunt had a disagreement and have not spoken to each other for months.

My aunt wrote a will and set up a trust over 20 years ago. It states that upon her death the house will be given to this friend, and three nuns who run a retreat in California. Two of the nuns have since died, and the other does not know or recognize my aunt.

Also, her friend invited her parents and sons to see the house that she is going to inherit, and when my aunt heard about it she was furious.This so-called will was written over 20 years ago and no one, including my aunt, knows what was written.

My aunt has become forgetful, vague and indecisive. What recourse do I have, if any?

Your question appears threefold: What happens to the share of your aunt's house that is supposed to go to the two nuns who have already predeceased her? Is she able to write a new will, given her current mental state? And what does this all mean for your good self?

The answer to the first question may depend on the terms of your aunt's will and/or the state where she resides. If the nuns passed away during probate and before the assets have been distributed, they would likely have become part of the deceased heirs' estates.

The will and the trust agreement will outline how the gift of the house was made to the four beneficiaries, Neil Carbone, partner at Farrell Fritz, P.C . , told me. "If the gift was conditioned on a beneficiary surviving the aunt, then the gift, by its own terms, would lapse with respect to the predeceased nuns."

"Even if the will or trust did not condition the gift on survival, the gift may nevertheless lapse under state law which may impose a survivorship requirement," he added. "In fact, in some states the beneficiary has to survive the decedent by a number of days."

"If neither the will/trust nor state law provides a survivorship requirement, the heirs of the deceased beneficiary would inherit," Carbone noted.

State law may also play a part. Under California's anti-lapse law, for example, "the beneficiary's share of the estate will pass down to the beneficiary's heirs or issue, rather than reverting back to the decedent's estate," according to the Law Offices of Yacoba Ann Feldman in California.

But there are two caveats. "The first is that a beneficiary's gift can only pass down to the kindred of the decedent, making it so that property can stay within the family," Feldman writes in her analysis. "This means that if the decedent left assets to a friend, the friend's family would not obtain the inheritance."

"What happens next will depend on many factors. It may be that they are divided between the remaining beneficiaries, or are passed onto the next legal heir."

"The second requirement is that the decedent's will can overrule the anti-lapse statute so long as there are explicit instructions to what will happen in the event that the inheritance lapses," she adds, which brings us to your aunt's current state of mind.

In New York, the writer of a will can file the will with the Surrogate's Court of the County where they live for safekeeping, or keep it among their possessions. Your aunt's attorney may also have a copy.

And if no will can be found? Again, state law varies. "If the testator dies with the will among their possessions and the will cannot thereafter be found, there is a strong presumption in New York law that the testator intended to revoke the instrument," Regina Kiperman, a New York probate and estate-planning attorney, wrote.

As for writing a new will, your aunt must be of sound mind and not under or subject to duress, restraint, fraud or undue influence to sign a will or, say, a power of attorney document. In other words, your aunt will likely need a clean bill of health in order to make a new will.

A person must understand what they are signing. She should also have testamentary capacity, a legal term that refers to a person's ability to make a valid will. She would need to know why he was signing it, and how much property was at stake.

"Your aunt should have testamentary capacity to make a new will. She would need to know why he was signing it, and how much property was at stake."

"If your aunt desires to change her will, most states have laws and ethical guidelines for attorneys regarding determining a person's capacity to understand and appreciate the process and consequences of making a will," John Kenney, an attorney in Poulsbo, Wash., told me.

"States also have laws and ethical guidelines for attorneys to follow to insure that a person making a will is not under the influence of someone else who is pressuring the person to change their will," he added.

"Using these rules/laws, a good attorney should be able to assess your aunt to determine if she has the capacity to do a new will and whether or not she is being influenced or not by anyone to do so," Kenney said. "Once the attorney assesses this information, the attorney may or may not move forward with creating a new will for your aunt."

It's not unusual for people to change their minds, or have stipulations in their will if a beneficiary should predecease them. The easiest and cleanest way to proceed would be if she could make a new will, and she had the capacity to do so. Forgetfulness does not mean she has dementia.

The better question, perhaps, is what recourse does your aunt have in this matter? Ultimately, your aunt should be in a position to leave her estate to whomever she pleases. I hope she manages to resolve the issue to her satisfaction, with your help.

Quentin Fottrell is MarketWatch's Managing Editor-Personal Finance and The Moneyist columnist. You can follow him on Twitter

With all the crazy prices on older homes this kind of situation is becoming an issue with lots of families.

Suck it up buttercup - been there - done that.

Forgetfulness does not mean she has dementia.

This is very important to know; as we, others, people, age into seniority our minds may "scatter" and shrink from making these consequential decisions—especially if there is a "questioning" or "hardcase" family member who is pushing an elderly parent or relative to act for their benefit/s—mostly.

I can feel for this nephew. It's all so unfair isn't it?

"Also, her friend invited her parents and sons to see the house that she is going to inherit, and when my aunt heard about it she was furious.This so-called will was written over 20 years ago and no one, including my aunt, knows what was written."

Why can't the aunt know what is written? Where is her copy? Why not ask the lawyer (staff) who set it up for a new copy? Revocable or Irrevocable Trust?