MINEOLA — Prior to Election Day, there had been a lot of talk in conservative political and media circles about a nationwide red wave. While it hasn't exactly come to pass, overall gains in congressional seats by Republicans have been helped by a total change in representation on Long Island. All four congressional districts serving […]

MINEOLA — Prior to Election Day, there had been a lot of talk in conservative political and media circles about a nationwide red wave. While it hasn't exactly come to pass, overall gains in congressional seats by Republicans have been helped by a total change in representation on Long Island.

All four congressional districts serving Suffolk and Nassau counties now have Republicans representing them, while before the numbers were evenly split.

The newly elected members of Congress said that the former president and leader of their party, Donald Trump, factors into the landscape they'll navigate as they head to Washington in January. An expert on suburban political change, however, advises that they keep in mind another ex-politician: a former member of Congress from the island.

On Wednesday morning, in the same ballroom in Baldwin where they'd celebrated victories the night before, Nassau County GOP election victors gathered for a meet-and-greet news conference convened by the county leader for their party, Joseph Cairo.

He drove home the significance of the party's Long Island election victories in his opening comments.

"Every Republican candidate carried Nassau County," Cairo said, pointing out that even in the party's unsuccessful bid for the Governor's Mansion, their candidate, Rep. Lee Zeldin, won Nassau and Suffolk Counties by double digits.

Long Island is made up of New York Congressional Districts 1, 2, 3, and 4. Currently, Districts 1 and 2 are represented by Republicans, including Zeldin, who is the congressman in District 1.
Tuesday's election will result in all four districts having Republican members of Congress.

In Nassau, District 3 will have George Santos as its congressman. The district is also made up of some neighborhoods in Queens. District 4 will be represented by Anthony D'Esposito.

His district voted for Joe Biden in the 2020 election by a 14-point margin. D'Esposito won on election night this year by about four points, and his comments reflected that.

"It's time to roll up our sleeves," he said at Wednesday's news conference, "sit down, and work in a bipartisan fashion for the best interest of this nation."

In an interview after the news conference, D'Esposito said that he understands that he'll represent a wide array of voters, including Democrats. Some of them voted for him, he pointed out, "I've spoken to a lot of Democrats who have said they just feel the moderates no longer have a voice."

He added that he intends to work for Democrats and independents, as well as Republicans.
Hofstra University political analyst and dean of the National Center for Suburban Studies, Lawrence Levy, said that D'Esposito is best served by following what he called "the Peter King model."

Rep. Peter King was a conservative Republican who represented western Long Island in Congress for 29 years. Levy said that the key to King's longevity was "working across the aisle, and in the years that the national headwinds hurt Republicans, he was able to survive because a lot of the Democrats remembered what he did."

He cited King's support for some labor unions, and his efforts to fund the revitalization of Lower Manhattan after 9/11 as some of his successful bipartisan efforts.

On Election Night, King was on stage with the newly minted members of Congress as they celebrated their victories. On Wednesday morning, they appeared without him.

However, Levy added, "the proof, though, will be in whether [D'Esposito] can" carry out the bipartisan work he aspires to do.

Levy said that resisting more partisan, Trump-backed members of the party, who may not want to work across the aisle, will be a challenge.

The former president has been a presence during the campaigns of the new Long Island congressional delegation, and the new congressman representing District 3, George Santos, was asked about it after the news conference.

"Whether or not the former president decides to run for office," Santos said, "that's his prerogative." He also didn't rule out supporting Trump for the presidency in 2024.

It was a reminder that, with Trump having said that he'll make "a very big announcement" on Nov. 15, the former president may very well loom large for the Long Island Republicans once they get to Washington.

Long Island is the MAGA Mississippi of Gotham!

I thought that yesterday you identified Staten Island as such.

Upset that the Fascist Democrats didn't win everything?

You need a new phrase . . .a correct one . . . not one from your alternate version of reality

not one from your alternate version of reality

Don’t we all construct our own sense of the way things are?  Isn’t that a “reality” of the human condition?

I think that Rear ADM Grace Hopper served until she was 80.  I met her when she was 70.

What brought this up, Veterans Day?

There's a full stream of old farts to shithole places that wake to CRAMs every night.

Sounds like a pussyhat revival instead of accepting results. 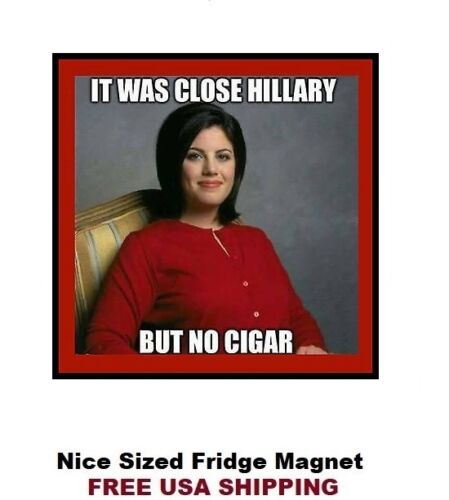 Sometimes a Gurkha Grand Reserve Cigar is just a good smoke, but not always.

Time to put your ignorance on ignore.  Much better for the blood pressure.

... or you could throw out your sandpaper, engage in a discussion and learn something.

I don't see anyone not accepting the results.

Jbb, that isn't why. There are too many people here on LI that have been hoodwinked into being afraid of CRT creeping into our schools. That was the driving force.