It appears that President Joe Biden and his party are about to lose control of the House. Democrats did not suffer the political beating that everyone had expected.

It appears that President Joe Biden and his party are about to lose control of the House. Democrats did not suffer the political beating that everyone had expected.

Biden's resultant attitude seems to be that he successfully fooled everyone with those grim lectures about democracy being on the ballot. As a consequence, he has announced that he will change "nothing" he has been doing.

In his post-election press conference, when asked what he might change going forward, he answered, "Nothing. I'm not going to change anything in any fundamental way."

So he will continue with the same policies and agenda that have earned him his minus-12-point net approval rating and have 68% saying the nation is on the wrong track. So it probably won't be long before the voters and the abstainers feel some regrets.

Biden's record so far does not contain much to be proud of. For starters, he created a massive and unnecessary crisis at the southern border by repealing the "Remain in Mexico" policy for migrants seeking access to the United States. His American Rescue Plan, as predicted, helped cause the worst inflation in 40 years. Inflation continued to erode paychecks in October as it rose again by an alarming 7.7%.

Biden humiliated the U.S. and emboldened Russian President Vladimir Putin with his botched withdrawal from Afghanistan. He now commands a demoralized military that cannot meet its recruitment goals and where senior officers have come to understand that woke brown-nosing is the path to career success and promotion. Biden is presiding over a failing, ideology-driven environmentalist energy policy whose goal is to make gas prices higher — unsurprisingly, in combination with other factors, he has achieved that goal splendidly.

Most odious of all, Biden has gone out of his way to demonize his political opponents as violent crazies and enemies of democracy. In speech after ill-conceived speech, he has worked tirelessly to divide the nation, such that it is a much less friendly place than it was when he was first elected.

Nobody but the most hardened partisan thinks Biden is doing a good job right now. Yet he takes from this election result a mandate to keep dividing the nation and earning low approval ratings. This is the lesson Democrats always take — unless voters brutally punish their party in elections.

The one silver lining from Tuesday's result is that Biden will not be able to legislate anymore without Republican cooperation. It's a small consolation. Republicans will not have the numbers or the power they need to accomplish anything, but they already accomplish a lot as a placeholder, cutting off one avenue for Biden's systematic destruction of the nation's institutions and industries. Without control of the House, Biden cannot increase spending or raise taxes. He cannot pack the Supreme Court, as he has hinted he might try.

But he can still do a great deal of damage through the executive agencies, and the only curbs on him will be congressional oversight and judicial review.

If the public has miscalculated about Biden, it will have to reconsider the matter in 2024. That means that if Biden is serious that he doesn't intend to change anything, he may be signaling the manner in which his presidency will, to no one's disappointment, end after a single term.

So he will continue with the same policies and agenda that have earned him his minus-12-point net approval rating and have 68% saying the nation is on the wrong track. So it probably won't be long before the voters and the abstainers feel some regrets...

Why not? Apparently the GOP can't offer anything better.

Holy shit you guys fucked this up lol. This was the perfect storm for the out of power party to sweep back in in both houses and get shit done. I mean for fucks sake, what more could the GOP have asked for? High inflation, a sagging economy, high gas prices, an unpopular president, historical trends leaning heavily in their favor, and like 75% of the country feeling like we are heading in the wrong direction... and the GOP/MAGA (especially MAGA) crowd completely fucked this election cycle. The Dems will probably (that is still up in the air) lose control of the house, but will likely keep control of the senate. Talk about a fucking GOP wipeout.

After the current GOP showing, Biden just keep on keepin on.

What is the GOP gonna do? Fuck, at this point what can they do except bitch and complain.

You got that right.

Do you understand how our government works?

Yawn, good one Greg. Just like the GOP you have nothing useful to contribute.

Libs have gotten the government they want....and deserve

No, there are still too many reactionary loonies.  No one deserves that.

Without control of the House, Biden cannot increase spending or raise taxes. He cannot pack the Supreme Court, as he has hinted he might try.

They won’t do shit because even with a “majority”, and that is assuming they were actually able to get it, they are pretty divided internally between the trump ass kissers and people who aren’t completely insane.

Sure, they will launch investigations that go nowhere (because they don’t even know what they are looking for or what they are even trying to investigate), but that is about it. Legislatively this will probably be the most useless HoR in history, they will not be able to pass anything without help from the Dems. 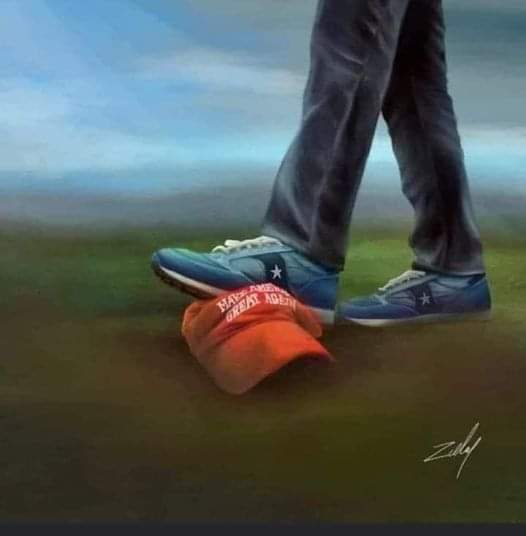