WORLD — Several watchdog groups have sounded the alarm over a concerning rise in hate speech on Twitter since Elon Musk took ownership of the platform. They say African Americans are being particularly targeted, as hate speech against them has risen over 10,000%.

WORLD — Several watchdog groups have sounded the alarm over a concerning rise in hate speech on Twitter since Elon Musk took ownership of the platform. They say African Americans are being particularly targeted, as  speech against them has risen over 10,000%.

"This is concerning," said researcher Merv Blubshank of the Center for Countering Mean People Being Hateful on the Internet. "Even more concerning is the fact that almost all the violent hate is being directed at one African American man in particular."

Several hateful messages noted by the organization include such as: "Go back to where you came from Elon Musk!", "I hope Elon Musk dies in a fire!" and "ELON MUSK! REEEEEEEEEEEEEEEEEEEEEEE!".

Sorry,you have to be black to be an African American.

Senior Participates
2.1  seeder  GregTx  replied to  JohnRussell @2    one month ago

Because those are the people who the term applies to. Duh ?

Ahhh, so it's inherently racist. Right?

Professor Silent
3  Mark in Wyoming     one month ago 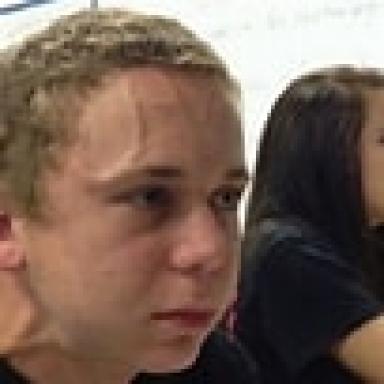 i suspect a lot of people are looking like this after that statement , hide their pillows , it could get rough .

I'm on Twitter and I simply haven't seen much of a change. It is more than likely a wishful statistic as the only one that could accurately provide this date would be Twitter and there hasn't actually been any change on their hate speech policy.

Professor Silent
5  Mark in Wyoming     one month ago

can you imagine the heads exploding if musk changes his profile to say he is a white  african- american ? he was born in africa which makes him african by birth , and if he has been naturalized , he is also american ....

Professor Principal
5.1  JohnRussell  replied to  Mark in Wyoming @5    one month ago

my arent you clever

i think it would be funny as hell, just a little common sense and how it is applied in a simplified manner totally shoots down your assertion and premise .

now that i think IS funny . or at least waiting for you to defend it is .

it doesnt shoot down shit

only to those whose heads are full of ....

look at it this way , now there is just one more minute division within the division to be exploited ...

reminds me of that origional star trek episode , the one where an alien race had a face half black and half white , the the discrimination was based on which side of the face was what color .

noun
a person from America who is a member of a race of people who have dark skin, originally from Africa

I dont know what you are talking about, or care

oh fully agree thats the ACCEPTED definition and thats usually the case and is usually true  , but there seems to be exceptions to any steadfast rule , such as i pointed out  above .

a person from America who is a member of a race of people who have dark skin, originally from Africa

if YOU want to call Elon Musk an African American , knock yourself out.

Must care a little bit  or you wouldnt respond , im confident you will figure it out  though , then you will know .

It's extremely funny however the village idiots that finally found a tool to hide their stupidity by decrying racism don't think so. Imagine that?

What are these misfortunate intellectual midgets going to do when decrying racism loses it's reaction?

Keep in mind most of them dislike Elon Musk without really understanding the man, he is no conservatives but they don't want to be unfriended by the horde of Morons. He has a plan to go to the moon, and their plans involve virtue signaling so they don't lose friends. People are incredibly lonely and sad creatures in this country.

He has a plan to go to the moon

here i thought it was Mars.  the moons already been done , no free cheese there .

What are these misfortunate intellectual midgets going to do when decrying racism loses it's reaction?

calling someone a racist lost its power years ago, now its just blamed on MAGA as a catch all.

want to really have fun with those that try and call people racists is just return the favor and point out just how racist what they say is , they of course deny it , which is to be expected , but in reality it simply diminishes whatever they say . besides most people that cry racist , have shown that they themselves harbor some of the self same thinkings they decry . but they cant be racists .

besides one can not call someone out individually here on this site as a racist , its against the rules . but as they say , if the shoe fits...lace that bitch up buttercup. some of our "older " participants likely have velcro instead of laces though . ( ZIIIIP)