He was apprehended in the Sicilian capital, Palermo, Italy's Carabinieri police division said.

Messina Denaro, a convicted murderer who has eluded authorities for 30 years, is thought to be the leader of the notorious Cosa Nostra organized crime group.

Italian Prime Minister Giorgia Meloni said in a statement that the arrest was "a great victory for the state that shows it never gives up in the face of the Mafia."

Gen. Pasquale Angelosanto, who leads the Carabinieri's special operations squad, said Messina Denaro was arrested at a private clinic in Palermo where he was being treated for an unspecified medical issue.

A picture released by police early Monday showed Messina Denaro in a police car — visibly older than in his 1990s mug shots — alongside two officers.

Police warned in September last year that despite his low profile, Messina Denaro could still issue commands to organized crime groups around the western Sicilian city of Trapani.

He was sentenced in absentia to life in prison for his part in the murders of anti-mafia prosecutors Giovanni Falcone and Paolo Borsellino in 1992.

He faces a further life sentence for involvement in bomb attacks in Rome, Florence and Milan in 1993.

Anna Sergi, an expert on the mafia at the University of Essex in south-east England, said the arrest was a momentous occasion.

"The arrest means closure. It's a moment that will be written in history books when we come to write the history of Cosa Nostra," she told NBC News.

An organization called Cosa Nostra still exists, she said, and still takes part in money laundering and extortion, but it is a "shadow of its former self" and lacks the political influence and domination of the drugs trade that defined the group some 30 years ago.

The arrest marks the latest in a string of high-profile captures of Mafia bosses.

Last year Rocco Morabito, then the second most-wanted fugitive in Italy and a leader in the powerful 'Ndrangheta Mafia group, was arrested in Brazil after 28 years on the run and extradited to Rome.

In 2006, police arrested Cosa Nostra boss Bernardo Provenzano, who police named as the "Capo di Capi," or chief of chiefs, after a 43-year manhunt.

Italian prosecutors accuse Messina Denaro of helping to organize the kidnapping of 12-year-old Giuseppe Di Matteo in 1993, in what they said was an attempt to dissuade his father from giving evidence against the mafia. The boy was held captive for two years before he was strangled and his body dissolved in acid, according to prosecutors.

Since Messina Denaro was placed on Italy's wanted list in 1993, there has been global interest in his status, including a spectacular case of mistaken identity.

In September 2021, a British Formula One fan from Liverpool who was having dinner with his son at a restaurant in The Hague at the time, was mistakenly arrested by armed Dutch police officers at the request of the Italian authorities on suspicion of being the elusive mobster, the man's lawyer told media outlets at the time.

Messina Denaro was also the subject of Netflix's "World's Most Wanted" series.

He must be exhausted!

Of course he was caught in Palermo, Sicily! He went for the Opera and cannoli

he was caught in Palermo

He was probably set up by Fredo Corleone.

The Godfather of crime family I hate is The Don. 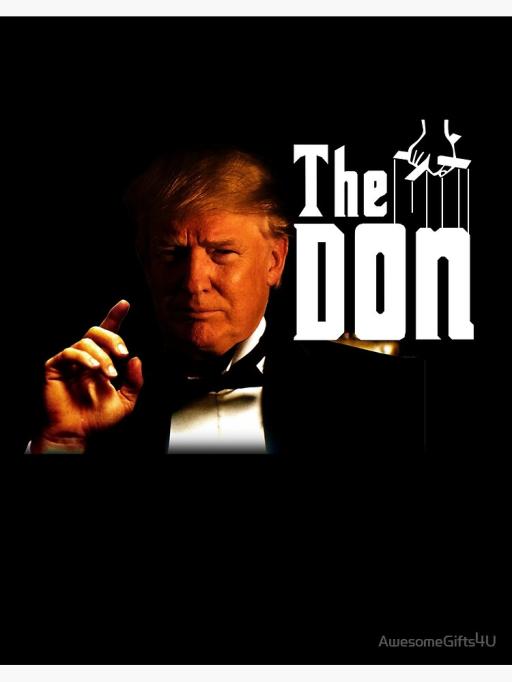