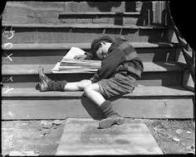 The Texas Republican senator Ted Cruz confronted a British reporter and angrily left an interview after he was asked why school shootings like that in Uvalde, where 19 children and two adults were killed, happen so often in the US.

On Thursday, the news site Axios   published   a list of the leading recipients of gun lobby donations in the current Congress.

Cruz was clear at the top, with $442,000 donated to campaign organisations or political action committees.

Axios noted: “The figures are much higher if you count indirect contributions, like the NRA’s purchase of attack ads against opponents.”

On Tuesday morning in Uvalde, an 18-year-old shot his grandmother then entered Robb elementary school and barricaded himself in a classroom.

After about 40 minutes, during which parents implored police to charge and tackle the gunman, the assailant was killed by a Swat team.

On Wednesday Cruz spoke to Mark Stone, US correspondent for Sky News, at a vigil in Uvalde.

“There are 19 sets of parents who are never gonna get to kiss their child goodnight,” Cruz said.

Stone asked: “Is this the moment to reform gun laws?”

“But it’s important,” Stone said. “It’s at the heart of the issue.”

“I get that that’s where the media likes to go,” Cruz said.

Stone pointed out that the 18-year-old gunman in Uvalde was a “violent psychopath who’s able to get a weapon so easily … two AR-15” assault rifles.

Cruz said: “If you want to stop violent crime, the proposals the Democrats have, none of them would have stopped this.”

Stone said: “Many people around the world just cannot fathom, ‘Why only in America? Why is this American exceptionalism so awful?’”

Stone said he thought “this aspect of it” was awful.

“You’ve got your political agenda,” Cruz said, putting his hands on the reporter’s shoulders, saying “God love you” and walking away.

Stone and another reporter pursued, asking, “I just want to understand why you do not think that guns are the problem in America” and “Why is America the only country that makes this kind of mass shooting?”

Stone said: “You can’t answer that, can you, sir?”

Cruz turned. Leaning close to the reporter and jabbing his finger, he said: “Why is it that people come from all over the world to America? Because it’s the freest, most prosperous, safest country on earth.

“And save me the propaganda.”

On this issue Cruz is the emperor without any clothes. He looks and talks like a fool when he gets into these interviews.

Freshman Principal
1.1  Drinker of the Wry  replied to  JohnRussell @1    one month ago

He looks and talks like a fool when he gets into these interviews.


Princeton and Harvard weren’t enough to help this Hispanic fool.  Did he get in to satisfy a quota?

Sophomore Quiet
1.2  squiggy  replied to  JohnRussell @1    one month ago

"Stone and another reporter pursued..."

They're just looking for clicks. The same arguments happen right here and it's just a death by 100 chihuahuas with no real information passed.

Stone and another reporter pursued, asking, “I just want to understand why you do not think that guns are the problem in America” and “Why is America the only country that makes this kind of mass shooting?

I saw the interview. Cruz could not answer the question.

He wants to be president . He should be able to answer the question.

Or he could just hide in his basement and just not be joe. The strategy worked in 2020.

Professor Expert
2  Tacos!    one month ago

Old Ted is like the poster boy for cognitive dissonance. He’s the human encyclopedia of contradictions.

Cruz said: “You know, it’s easy to go to politics.”

Well, he is a politician. What are they supposed to talk about?

I guess he doesn’t hear how ridiculous that sounds. When something bad happens, that does seem like a reasonable time to talk about reform. If everything is going well, there’s no reason to reform.

Because it’s the freest, most prosperous, safest country on earth.

“And save me the propaganda.”

I mean, he just doesn’t hear it, does he?

I’m critical of dumb, pointless reform ideas, but I am open to having the conversation, at least. Ted is just doing everything he can to keep people from talking about guns. And he’s trying so hard, he doesn’t care how irrational he sounds.

Senior Expert
3  Gsquared    one month ago

I saw the interview.  Cruz is a disgrace.  Smarmy asshole.  What a fucking sleaze ball.

Yet still 100% better than Joe