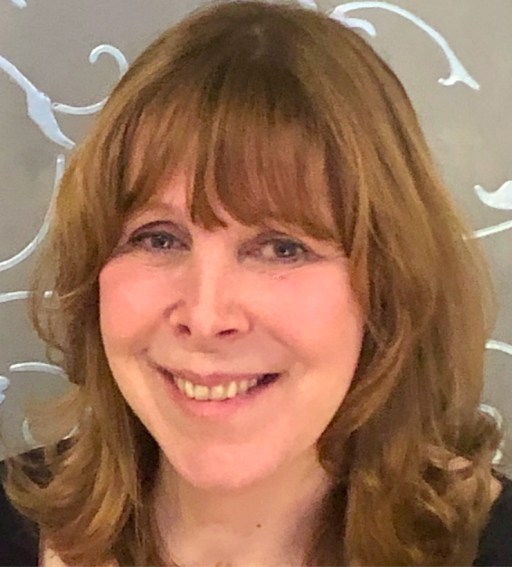 NYPD and the Muslim Spying Issue.

As a New Yorker and a 9/11 survivor, I will not deny that I find the security of New York City of theutmostimportance. After 9/11, the NYPD developed on of the most aggressive intelligence agencies in the nation. It's goal was simple. Covert surveillanceof the Muslim community to get information that could lead tothwartingany further attacks in NYC. As a New Yorker, I support these activities. To me, it all comes down to this: if you are doing nothing, than you have nothing to hide.

The AP carried an interesting article debating whether or not the NYPDactivitieswere violations of civil rights of the Muslim community. You can read the Q&A article here . But I would like to focus on two questions in particular from the article:

Q: Is that legal?

A: The NYPD says it definitely is. Civil rights lawyers say some of it, like keeping police files on innocent religious sermons, is definitely not.

Some of what was done, like monitoring public Internet sites or visiting businesses, was likely lawful, since police can go wherever the public can go. There are disagreements, however, about whether police can legally catalog innocent people in police files without some allegation of wrongdoing. The FBI, for instance, is prohibited from doing so.

These questions aren't likely to be settled anytime soon. The NYPD's tactics are regulated by a court order in a decades-old lawsuit over police spying on anti-war protesters and political groups during the 1960s and 1970s. Civil rights lawyers have asked a judge to look into these most recent police activities, but the legal process moves slowly.

Q: So this all might be legal. Then what's the controversy about?

A: Like many counterterrorism programs of the last decade, including waterboarding, secret CIA prisons, warrantless wiretapping and drone attacks, the revelations about the NYPD spying programs have prompted a vigorous debate about whether they are good policy, not just whether they are legal.

The NYPD surveillance has made many Muslims feel like suspects for attending services in mosques, participating in student groups or eating in restaurants in their neighborhoods.

"People are saying they are afraid to pray in mosques," said Newark, N.J., Mayor Cory Booker, whose city's Muslim neighborhoods were under NYPD surveillance. "They are afraid to eat in restaurants. A chill has been put on my community; the pain and the anguish is real."

The NYPD's programs also touch on one of the major questions in counterterrorism: How can authorities fight terrorism without ostracizing entire neighborhoods and reinforcing the notion that America is at war with Islam, a belief that al-Qaida has promoted in its recruiting.

New York leaders say they have built strong, successful programs to reach out into Muslim neighborhoods

First of all, the AP story is a bit conflicted. Throwing in waterboarding and drone attacks into this discussion, is way over the top, since that has never happened. It'shyperboleto amp up the debate. It is irresponsible journalism.

May I also point out, that because of the NYPD CounterterrorismDivision, events like the "Time Square Car Bomber" was thwarted. In one of my life's greatest ironies, I was in the exact spot in Times Square, the night before the attempted bombing. As I looked around, that evening, I saw a swath of humanity, enjoying a warm spring evening, and I am sure, that there were Muslims in the crowd, too, just like there was on 9/11 in the towers. This program serves the greater good, so why try to discredit them?

Maybe the question should be, who is trying to discredit them. According to a Forbes article, it is Council on American Islamic Relations (CAIR). According to the article " the Council on American Islamic Relations (CAIR) has issued yet another condemnatory statement calling for an investigation into NYPD counterterrorism programs. Accusing the force of spying on innocent Muslims, lying, and of civil rights violations, CAIR called the NYPD disingenuous in excluding them from planned meetings with other Muslims groups and Muslim leaders whom CAIR contends are not representative of the constituency or the concerns of New York City Muslim communities.

Interesting. Not a shocker. Because as the Forbes article also pointed out:

" True enough, CAIR, which is explicitly barred from any involvement with Federal law enforcement counterterrorism investigations as a result of its ties to Islamist groups like Hamas, received no invitations to attend the NYPD discussions, nor has it been asked to consult on NYPD counterterrorism procedures in general. But if the organization means to suggest that they are the group that best represents the constituency of the New York Muslim community, we have a problem: CAIR has, after all, not only enduring connections with Hamas and terrorism financiers, but is closely tied to the Muslim Brotherhood and its Islamic Association for Palestine , under which it was first founded in 1994."

But let's clear up some myths about profiling and the NYPD. There is nothing new about the NYPD investigating criminal activity based on ethnicity or national origin. They kept tabs on the "Westies", and Irish gang that took over the "Hell's Kitchen" part of Manhattan andspecificlocal Italian families, in both Manhattan, Brooklyn and Queens. No cries about profiling then.

The NYPD's Muslims, have formed the NYPD Officer Society with it's own Imam. No complaints from them about profiling.

The greater Muslim community came together on March 5, 2012, in support of the NYPD. From their officialstatement of this event:

" Representatives of over 20 Muslim organizations and activists affiliated with the American Islamic Leadership Coalition (AILC) will gather on Monday, March 5, 2012 at One Police Plaza in New York City to demonstrate their support of the New York City Police Department (NYPD). The event starts at 10:00 AM EST and will be joined by Congressman Peter King (R-NY), Chairman of the U.S. House Committee on Homeland Security."

On March 5, this is what they said, We, as Muslims, should be monitoring extremism. The more we exaggerate necessary monitoring, the more we will inflame Muslims and Islamists. Where are the responsible Muslims? Here we are.

NYPDs surveillance of any ethnic minority group is for the overall protection of US national security interest. There have been far too many threats by individual American Muslims in New YorkCity, which warrants additional security measures.The best way to promote peace in the city is further collaboration between American Muslims and the police to promote understanding and break down the barriers of misunderstanding.

9/11 changed the life of every New Yorker, Muslim and non-Muslim alike. You can't go into Penn Station, without seeing troopers, fully weaponed. There are armed stops at all our tunnels and bridges. The troopers are seen at highly visited sites. My own husband was detained as JFK Airport, under what some would consider racial profiling. What we as New Yorkes have come to accept it when the Towers came down on 9/11, so did a way of life for all New Yorkers.But all reasonable New Yorkers of all faiths and all colors know, that this is done for our protection and that goes for the NYPD's CounterterrorismDivision. Only CAIR has complaints about that and one should wonder why.