Aftermath of a Rebellion

Vic Eldred » Groups » We the People » Discussions » Aftermath of a Rebellion

Extremism in the defense of liberty is no vice. And moderation in the pursuit of justice is no virtue.

Progressives are protesting throughout the nation for the terrorist who killed hundreds of American soldiers and was planning more attacks before being eliminated by a courageous President.


"Anti-war demonstrators took to the streets in cities across the U.S. and in London on Saturday to protest Washington’s killing of the top Iranian general Qassem Soleimani in Iraq and urge restraint by western governments.

“No justice, no peace, U.S. out of the Middle East,” crowds chanted in New York’s Times Square, holding signs that read “Stop bombing Iraq” and “No war or sanctions on Iran.”

There were similar scenes in Chicago, where around 200 protesters gathered outside the Trump Tower, and in Philadelphia, where about 500 people demonstrated."

Protests in America on behalf of a man responsible for the deaths of hundreds of Americans?  In normal times that would be hard to believe, but these are the days when the American university has produced a substantial population of progressives.They hate the President. They hate middle America. They hate so much.

Watching all of it unfold, it kind of reminds me of how I got involved in politics.

Yup this is where I came in some 50 odd years ago.

Ya, that's Jane Fonda in North Vietnam in 1972. She was in yesterdays protest too! 
The radical American left is at it again, but this time there are far more of them. There is no longer that "great generation" to counter them at the polls.They dominate government, the media and naturally - the university. They are America's internal threat. An ideology that destroys anything or anyone that gets in it's way. It will take some unusual courage to defeat them. It's the common folk against the leftist elite. Thus far only a rare few have stood up. However, a political awakening is taking shape. We see it at the Trump rallies. I believe we will see it at the polls again come November.

Electing the right people will not be enough. We need to undue what has been done via the university for the past half century.

It's time for the people to rise up and put a stop to them.

They are truly anti American.

"Extremism in the defense of liberty is no vice. And moderation in the pursuit of justice is no virtue."

"Those who seek  absolute   power , even though they seek it to do what they regard as  good , are simply demanding the  right  to enforce their own version of  heaven  on  earth . And let me remind you, they are the very ones who always create the most  hellish   tyrannies ." 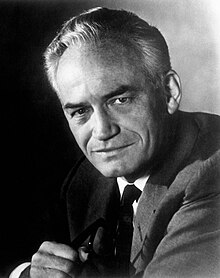 He was ahead of his time.

yepp, that about sums it up. shit on the streets in california is a great working example.

thankfully, at this point even if trump did nothing else and regardless of who is president next.  the left's version of heaven does not have a chance in hell of getting thru federal courts for well over 20yrs.

for now, the lefts long game is in check... just a matter of mop up.

You would do well to take that to heart.

you would do well to remember to whom you speak.

there is nothing posted on this article or comments I have not heard or read before.

the anti liberty / anti free speech left would do well to remember history = they always lose.

this time will be no different.

"Extremism in the defense of liberty is no vice. And moderation in the pursuit of justice is no virtue."

And we all know how that turned out for Barry "Macho-man" Goldwater: 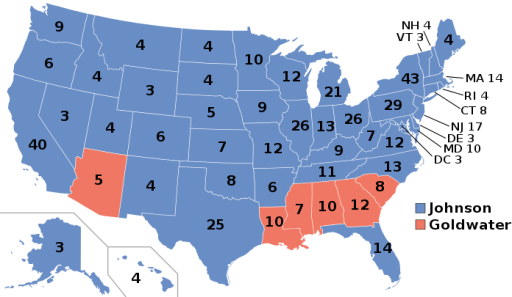 Barry Goldwater ran against the memory of a martyred president. 1964 belonged to JFK's vice president. In 1968 Richard Nixon was elected president after a year of raging protests, which the American public was totally fed up with. That was the election that Barry Goldwater should have campaigned for!

Thanks for the opportunity.

This article is far right propaganda, which should be obvious.

It’s a break from the progressive  mourning for Soleimani, if that’s what you mean.

It’s sad to see America’s secular progressive left so openly side with Iran against America.

It’s sad to see America’s secular progressive left so openly side with Iran against America.

today's left is off the rails.  they have been for a while now.

Or maybe they just wanted to see fewer American deaths?

This assassination was.. mistimed. The guy is a bastard no doubt. He needed to die. But this was not the moment and not the way. Not at all. This only made war more likely, and probably endangered more Americans than anything else (hence the order for Americans to evacuate Iraq).

Iran really has no other options now, they have to retaliate. This is the same as someone assassinating the Secretary of Defense, it cannot be tolerated. Something must be done. I worry that Dip Shit just forced us into a WW1 scenario.

This assassination was.. mistimed. The guy is a bastard no doubt. He needed to die. But this was not the moment and not the way. Not at all. This only made war more likely, and probably endangered more Americans than anything else (hence the order for Americans to evacuate Iraq).

U.S. The U.S. We are going to kill your leading general because he is a lowdown terrorist responsible for many American deaths. When would be a good time for you? We don't want to unduly upset you.

I think the timing is upsetting to some because they feel it will in some small way intefer with impeachment.  Well, that and the fact that it was Trump who ordered the terrorists deaths.

You left out one part.

Iran: Okay, but we are going to make shit miserable for you. Plan on a lot more American deaths in the region, maybe some Hormuz fuck ups, and possibly some missile strikes to rile up the markets. Are you okay with this result? We are prepared to endure a lot more hardship than you an imagine, and good luck invading (lol).

I think the timing is upsetting to some because

Because it was fucking horrible [Deleted] If we were EVER going to come to a peaceful end that hope is 100% GONE NOW. There is no longer any peaceful end with Iran, Trump just saw to that.

You gonna volunteer for Iran?

As the Secretary of State said yesterday...."Endless Wars Are the Direct Result of Weakness"

Video at the link below from an NBC affiliate.

Only a fool or someone who isn't familiar with the history of the Islamic Republic of Iran would think we could come to a peaceful end as long as the country is ruled by what they call, the Supreme Leader of this Islamic theocracy.  They've only had two leaders since 1979, the father and now the son who is determined to conquer Israel and the United States.

They've been given every opportunity to give up on this evil pursuit and have always cheated, bragged about getting away with it and thanks to the European countries, given even more chances to help make this world a more peaceful place for their people and others around the world to live and have always done the same thing, continue with their support of terrorism around the world.  Don't be fooled and think they ever planned on foregoing a nuclear bomb.

Only a fool would believe that.  Thousands of people have died because of the Islamic Republic of Iran's actions.