The Wealthiest Woman In The World

community » Discussions » Category » Other » Discussion » The Wealthiest Woman In The World

Not a word in the section on her career that would indicate why she is the wealthiest woman in the world.  To see that information we have to look elsewhere on the page

Mac Kenzie Scott is the wealthiest woman in the world.  Here is her entire career on wikipedia

MacKenzie Scott Tuttle was born on April 7, 1970, in San Francisco, California . Her father was a financial planner . [9] In 1988, she graduated from Hotchkiss School in Lakeville, Connecticut . [10] Tuttle earned her bachelor's degree in English at Princeton University with highest honors in 1992. [6] She studied under writer Toni Morrison , who said Tuttle was "one of the best students I've ever had" in her creative writing classes. [9]

After graduating, she worked for D. E. Shaw , a quantitative hedge fund in New York, as a recruiter and a writer from 1992 to 1994. There, she worked for Jeff Bezos , then a senior vice-president, as a research associate . [11] MacKenzie wrote her debut novel, The Testing of Luther Albright , eleven years later in 2005 for which she won an American Book Award in 2006. Her second novel, Traps , was published in 2013.

In 2014, MacKenzie founded Bystander Revolution , an anti-bullying organization, where she serves as executive director. [12]

Thats all of it. Not a word in the section on her career that would indicate why she is the wealthiest woman in the world.  To see that information we have to look elsewhere on the page

I hope she plans to do something outstandingly good for humanity with her 68 billion dollars , all of which she 'inherited' , via divorce.

In a sense she won the biggest lottery of all time.

I would rather see a world where a Jeff Bezos cannot accumulate 200 billion dollars of personal fortune.

Scott is now No. 12 on the   Bloomberg Billionaires Index , with a net worth of about $68 billion as of Thursday. 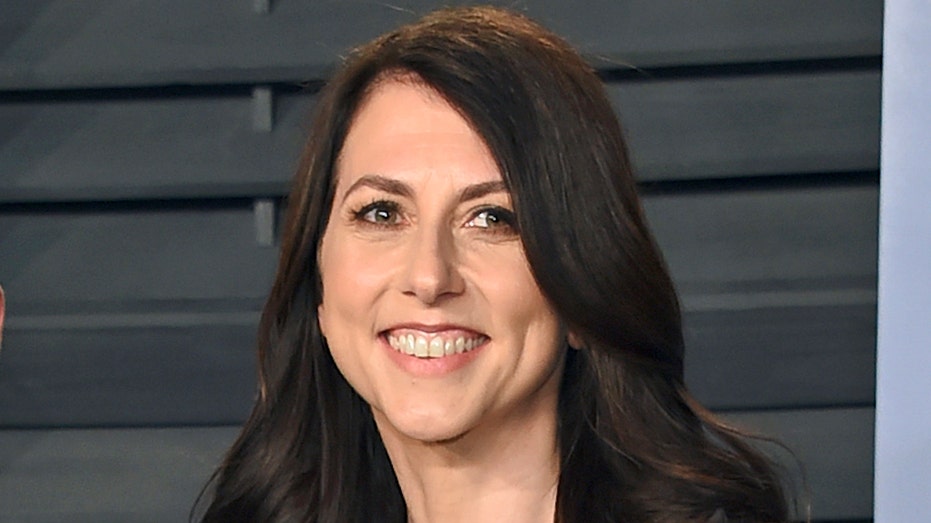 The novelist went through a very public divorce from the Amazon founder and CEO, which was finalized in 2019. The separation left her with a 4% stake in the online shopping giant, or around $36 billion at the time. Since then, however, the e-commerce giant has seen exponential growth due to a surge in online orders over the course of the pandemic.

Scott previously affirmed that she would be donating a hefty amount of her wealth to charity.

Her commitment to helping others is already taking place.

"I began work to complete my pledge with the belief that my life had yielded two assets that could be of particular value to others: the money these systems helped deliver to me, and a conviction that people who have experience with inequities are the ones best equipped to design solutions,"

She needs to give away billions and billions, not 20 million.  But obviously it is a start and a boon for the NA recipients.

In the past year, she has donated $1.7 billion to 116 organizations working in areas of interest to her, from racial justice and LGBTQ equality to climate change and global health.

And she is continuing donations at a very fast pace. She has also signed the ''giving pledge''.

Regardless of how she earned/won/stumbled into her money, she is indeed a living example of philanthropic generosity.  I guarantee that  you wouldn't see this kind of thing with some of the more visible celebrities who are millionaires/billionaires.

On a stern note:  I know where you were trying to go with this article.  Please spank yourself.

I know where you were trying to go with this article.  Please spank yourself.

Regardless of how she earned/won/stumbled into her money, she is indeed a living example of philanthropic generosity.  I guarantee that  you wouldn't see this kind of thing with some of the more visible celebrities who are millionaires/billionaires.

I am willing to accept that as a fact. But she still "stumbled" into 68 billion dollars.  And only she will decide where the charity money goes. So her generosity is at the whim of her likes and dislikes.

Winners Take All: The Elite Charade of Changing the World ...

“ Winners Take All   is the book I have been waiting for—the most important intervention yet regarding elite-driven solutions, a vitally important problem to expose. The book courageously answers so many of the critical questions about how, despite much good will and many good people, we struggle to achieve progress in twenty-first-century ...

So her generosity is at the whim of her likes and dislikes.

Oh you know I would have to think about that.

Thats actually the point.  People who support the concept of great individual wealth , billionaires say it is a good thing because most such people give millions of dollars to charity. But what if their charities are not the same "charities" that would have been served had that money instead ,say, gone to taxes which fund government programs for the needy.

I'm not saying that MacKenzie Scott won't give her money to worthy causes, I am saying why is it up to her?

She shouldnt have 68 billion dollars to give away.

She shouldn't have 68 billion dollars to give away.

That's what I love to see.  Truly wealthy people who help others.  She's up there with Bill Gates, who donates much of his wealth to worthy causes.  More of the truly wealthy need to follow in her/their footsteps.

Giridharadas:   A lot of well-meaning liberals — and it's going to, it hurts to hear this — but a lot of well-meaning liberals paved the road for Trump. And they did so in two ways. First of all, by peddling a lot of pseudochange instead of actually fixing the American opportunity structure, instead of actually repairing the American dream over the last 30 to 40 years — by doing that, they allowed some of the biggest problems in this country to fester for decades and not be solved. And I think it's very plausible that had we actually been solving those problems of trade and education and social mobility, Donald Trump would simply not have had the oxygen that his conflagration required. But they also enabled Trump in a second way, which is: They contributed to the correct intuition, across large parts of this country, that elite Americans have rigged the game for themselves.

Inskeep:   You even take one further step and argue that President Trump is essentially a parody of the sort of philanthropist you don't like: "Trust me, I'm very rich. I'm going to fix this problem for you. Don't worry about it."

Giridharadas:   One of the most disturbing things to me in reporting this book is I started to realize that a lot of Donald Trump's language and intellectual moves, if that is not an exaggeration, actually took root in the so-called philanthro-capitalists of the last generation. So when President Trump   says   "only I can fix it," that idea doesn't start with him. That's actually something that has been pushed by these private-sector change agents for years [that] they are especially capable of solving social problems. When Donald Trump says, "Yeah, yeah, I manufactured stuff in China and Mexico, but that's going to help me figure out how to make sure that never happens again," again, that is a move that America's plutocrats have been making for a long time. "The arsonists are the best firefighters."