By:   Henry Austin and Corky Siemaszko

ISIS-K claims responsibility for the Kabul airport bombing that killed dozens of people. The group behind the explosion is an Afghan offshoot of the Islamic State.

The terrorist group behind the Kabul suicide bombing Thursday that killed U.S. Marines and dozens of others and derailed the ongoing Afghan evacuation is a competitor of the Taliban — and even more extreme.

The Islamic State Khorasan, or ISIS-K, is the Afghan offshoot of the Islamic State terror group, which publicly beheaded foreign journalists and inflicted brutalities on captured Kurds and others in Iraq and Syria.

"They have a higher proclivity to target civilians they regard as infidels," Seth G. Jones, a counterterrorism expert at the Center for Strategic and International Studies, said of ISIS-K.

And the ISIS-K attack wasn't just aimed at the Americans, it was also meant to embarrass the Taliban, the experts said.

"This attack will look bad to the West, but it makes the Taliban look as if they are not in control of their own environment," said Raffaello Pantucci, senior fellow at the International Centre for Political Violence and Terrorism Research at the S. Rajaratnam School of International Studies in Singapore. "It undermines the idea that they rule this place."

Based east of Kabul in the Kunar and the Nangarhar provinces near the Pakistani border, ISIS-K had anywhere from 1,500 to 2,200 fighters just three years ago, according to a study by the Center for Strategic and International Studies from 2018.

Volunteers and medical staff unload bodies from a pickup truck outside a hospital after two powerful explosions, which killed at least six people, outside the airport in Kabul on Aug. 26, 2021.Wakil Kohsar / AFP - Getty Images

It's unclear how many fighters ISIS-K has now, Jones said, because it's been "on the receiving end of aggressive anti-terrorism operations by not only U.S. and Afghan forces, but also the Taliban."

ISIS-K "has been around since 2014 and it came about when ISIS was at its apex," Pantucci said. "It has struggled in some ways to make a real presence for itself on the battlefield" and in Afghanistan.

The Taliban are "fundamentally a Pashtun nationalist movement that is really focused on Afghanistan," Pantucci said. "So a lot of the people (ISIS-K) tried to attract were people who had fallen out with the Taliban, so that was their way in."

Jones agreed, saying ISIS-K is largely seen as an outsider.

"ISIS-K is still viewed as a foreign organization in Afghanistan," he said.

The core ISIS-K group in Kunar "consists mainly of Afghan and Pakistani nationals, while smaller groups located in Badakhshan, Kunduz and Sar-e-Pol are predominantly made up of local ethnic Tajiks and Uzbeks," the Center for Strategic and International Studies study said.

ISIS-K and the Islamic State group were once allied with Al Qaeda, the terrorist group once led by Osama bin Laden that was behind the Sept. 11, 2001, attacks and which was in Afghanistan under Taliban protection at the time.

"They all come out of the same jihadist pool," Jones said.

All favor some kind of Shariah, or Islamic law, and oppose democracy, as well as equal rights for women and non-Sunnis.

While the Taliban are a "populist movement" focused almost exclusively on Afghanistan, the goal of ISIS-K is to build an Islamic caliphate across the Middle East and Asia that would include Afghanistan, the experts said.

Unlike the Taliban, who solidified their position by retaking control of Afghanistan at lightning speed, ISIS-K is trying to reassert itself and one way of doing so, Jones said, is by launching a "high-profile attack."

"Whether they can use the current situation in Afghanistan to stage a resurgence is an open question," he said.

ISIS-K isn't much different from Al Qaeda and since the Taliban is allowing them to operate within Afghanistan we're essentially no better off now than we were the day after 9/11.

Allowing them?  Do the Taliban have X-ray glasses to distinguish and ISIS K man dress from a Taliban man dress?  Does their BO or halitosis smell different?  Maybe they cross their legs different, or are dedicated to Samsung instead of Apple.

"They all come out of the same jihadist pool,"

This is the goal of ISIS Karasan, to take all of Afghaniastan, Pakistan and India, most of Africa, Turkey, the ME and Spain. 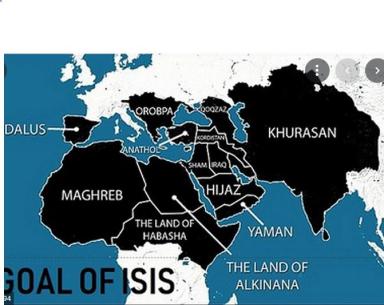 Whatever they are smoking must be very powerful.

and fate willing, Biden and Alvi will bomb them into dust using Taliban forward observers.

Spain? Damn! They lost that territory 400 years ago!

The map looks like what the Ottoman Empire had before WW1

I figured this was their goal: 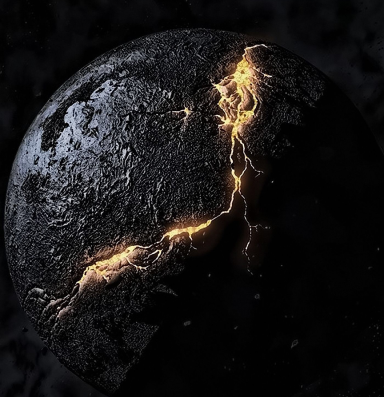 Add it to the list of reasons we need to be out of there.

Brace yourselves for a civil war in Afghanistan

What else is new? Afghanistan has been in a state of unrest since the fall of Genghis Khan. Civil war is their natural state of existence.

In all likelihood, but then I am somewhat soothed by National Geographic's take: "In the blue haze of hookah smoke that fills Kandahar's Cafe Delight on a weekend afternoon, it's easy to to forget there's a war outside. Young male professionals with well-groomed beards and mullet cuts slump in plush chairs sipping espresso drinks beneath flat-screens that pulse with racy Turkish and Indian music videos, the bare midriffs of women blurred by channel censors."

I am in favor of one rule for refugee acceptance - no mullets.  Sorry, but we need to maintain some social order.