The British government said it may draft in the army to help deliver gas after shortages caused by a scarcity of drivers forced the closure of stations.

LONDON — The British government said on Friday it may draft in the army to help deliver gas after shortages caused by a scarcity of truck drivers forced the closure of stations across the country.

The haulage industry said there was a shortfall of some 100,000 drivers, and that could also lead to shortages of turkeys and toys this Christmas. Some 25,000 drivers returned to Europe after Brexit, and the pandemic halted the qualification process for new workers.

"We'll do whatever it takes," Transport Secretary Grant Shapps told Sky News on Friday. "With regard to things like whether there's a role for military, obviously, if there is, if that actually helps we'll bring them in," he told the BBC.

The government urged motorists not to panic buy gas Friday after BP and ExxonMobil's Esso closed some stations around the country. It was not known exactly how many stations were closed.

The government says during the winter Covid-19 lockdown tens of thousands of foreign drivers were unable to get the tests they needed to enter the country.

On Thursday, another government minister has cautioned the public not to panic buy amid fears of food shortages.

The building multilayered crisis has been stoked in part by Brexit and made worse by the Covid-19 pandemic, and gas is just the latest thing that people in the U.K. are finding hard to come by after its departure from the European Union. Previously McDonald's has been forced to take milkshakes off the menu, KFC has run short on chicken and supermarket shelves have been left bare.

The crisis is already beginning to bite in other areas of life, with 18 percent of adults saying they have been unable to buy essential food items in the past two weeks, according to the U.K.'s Office for National Statistics.

The pandemic means that many countries are facing supply chain problems, as manufacturing centers in Asia are hit by continuing cases and restrictions.

There has also been a global rise in the price of natural gas, which heats most homes in Britain and elsewhere. This comes after a cold winter in which much of the population was huddled indoors due to lockdown measures.

Benchmark natural gas prices have surged 250 percent in Europe this year. Because regulators in the U.K. cap the amount that households pay, that hike has fallen on energy companies — a number of which have gone out of business in recent weeks.

Out of use signs are placed over pumps at a Shell gas station in London on Friday.Toby Melville / Reuters

And Britain has been hit harder than most because it has much less natural gas in storage than many other European countries.

It has also had a knock-on effect of creating shortages of CO2, which is used in everything from the production of fizzy drinks and alcohol to stunning pigs before they are slaughtered.

But the government has denied it could see a rerun of the "winter of discontent" of 1979, a year of labor strikes, high inflation, garbage sacks piling up in the streets and other parts of the country grinding to a halt.

Earlier that decade, rising global energy prices saw the U.K. go down to a three-day working week as a drastic measure to keep the lights on.

"There is no question of the lights going out, of people being unable to heat their homes. There will be no three-day working week, or a throwback to the 1970s," Energy Secretary Kwasi Kwarteng told Parliament last week.

The amount of natural gas supplied from Russia to Europe has also fallen dramatically this year. Russia says this is because its own needs have gone up.

But a group of European Union lawmakers has asked the European Commission to investigate the role of Russia's Gazprom, saying the company's behavior has made them suspect market manipulation.

Reuters and The Associated Press contributed.

Like the UK the US has a critical shortage of truck drivers. Going into the pandemic we were short thousands now we are short tens of thousands of drivers.

Trucking will be done by robot vehicles very soon...

Trucking jobs in the future will be in maintaining and servicing robovans or loading and unloading them.

Like today an army of people will be involved in everything going into them and all the business activities required to make it all work. The world doesn't end with progress. It can actually evolve...

Trucking will be done by robot vehicles very soon...

In certain areas that is true, in others such as pu and del it won't happen for quite some time

the shortage of drivers has gone from -250K to -500K+ in the last decade because most driving jobs generally don't pay enough for the personal sacrifices the job requires.

Its been being said for the past 20+ years there has been a driver shortage , what it actually is is driver attrition and qualified and trained drivers , moving to other driving positions in the system .

I agree the pandemic contributed a lot to the current situation when it shut down the pipeline of those in driving schools stopped coming into the trade .

another factor that some may not be aware of is the way some places treated drivers , before and after the pandemic and the precautions started  .  how long haul drivers get treated , and not nessisarily how much they get paid , has a lot to do with a driver thinking about leaving or staying .

I have been seeing a number of the qualified  and experienced drivers , simply decide to hang it up or modify when and where they will work . And i even though close to retiring , am one of them even though i do it strictly for something to do and stay busy and active .

Pay, days away from home, treatment all contribute to the shortage.

Some of the major retail warehouses are the worst places to deliver for drivers. Treatment, hours to unload, unreasonable appointment times are all part of the BS they have to put up with.

I haul mostly agricultural now with some liquid hauling ( mag water /dust control)  all considered local and im home every night sleeping in my own real bed .

An owner i know owns 8 trucks , and runs the west coast from here picking up loads in the denver area headed west , he has been trying until recently to get me to take one of his routes into the northwest  whe im not doing barley or sugar beets . Thse loads go to portland and he cant find anyone that will make that run consistantly .

About 2 months ago i was having an adult beverage at the watering hole and he started up again trying to get me to take the runs , I shook my head and had to admire his tenacity , finally said ok , ill do it for 56 cents a mile from denver to 50 miles outside of portland .

Now he knows me and knew there was a catch .

he asked about that last 50 miles , i said $5k drop and hook fee , there has to be an empty there ready and waiting for me to gtfot no wait no crap no hassle .

he called me a ME hole and hasnt asked since .

but if he ever takes me up on it , the transport industry is in trouble .....

Before I retired one of our divisions had over 2500 trucks. As I mentioned corporate warehouses were the worst, especially grocery warehouses. We refused to deliver to them and some like Walmart, Mattel etc.

worst thing i saw during the pandemic , actually 2 instances , one was an OTR driver trying to get a meal at a mickey D's , theyrefused him service at the drive through ( lobby was closed due to shut downs ) because he wasnt in a vehicle , someone else saw it happen , let him jump in their car and got his order  for him . no thought given thqat this guy didnt have very many options and that his truck would have demolished the drive through .

The second happened right at the start of the lockdowns , and truck stops stayed open , guy got harrassed by a cashier , being blamed for the spread of covid , being a "dirty, filthy trucker ", generally was nothing more than abuse , guy was outside when i headed to my truck and i asked what he was hauling ? he was hauling med supplies , and had justfinished his 10 hrs of drivingtime .

I went back in and had a word with the owner of the stop who is friends with the guy i drive for . 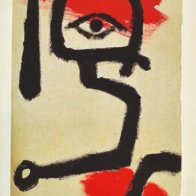 “…worst thing i saw during the pandemic…”

…for me, two family members buried; one due to extenuating medical issues, one due to ignorance. Add three other family and friends hospitalized, thankfully home and now vaccinated.

Never to dismiss your ‘worst thing’ at a drive thru. Though I do hate when they mess up your order.

Damn disgusting to say the least, but unfortunately it happed often.

Oh i do , and maybe i should have clarified the worst things as it pertained to driving a "big" truck during the period  .

i count the fact none in my immediate circle of family and friends have contracted the "rona " i leave for them to choose their own vax status as they see fit ., Even count the circle of extended friends and family still almost 2 years later ( personally i think the Rona was in the states in oct-nov 19 and not jan of 20 ) with not so much as the seasonal allergies and flues, and all remain relatively healthy , i count those all as blessings .

Since I got a scooter, I fill up a 2 gal container about every two-three weeks.  Sure, only having a scooter for transportation can limit my shopping capacity, it is worth the gas savings.  I do have a couple of friends who will help me out if I need things I can't carry on my scooter but for the most part, it totally meets my needs.  With winter rains not to far away, I plan to stock up on some things ahead of time as I won't be able to use the scooter when it rains. 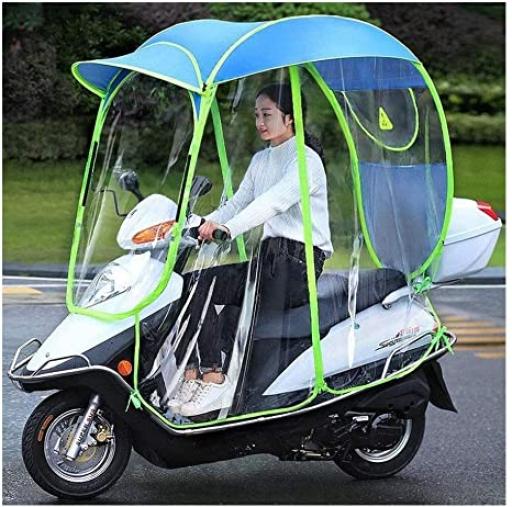 I bet the enclosure doesn't look like that at 50mph.

I want one of those!