By:   By Emma Colton

"The results from Tuesday’s election continue to come in, for instance there were 12,000 ballots recently found in one county," Sweeney said in an email to the Philadelphia Inquirer on Thursday.

"The results from Tuesday’s election continue to come in, for instance there were 12,000 ballots recently found in one county,"  Sweeney said in an email  to the Philadelphia Inquirer on Thursday. "While I am currently trailing in the race, we want to make sure every vote is counted. Our voters deserve that, and we will wait for the final results."

Sweeney’s office did not immediately respond to Fox News’ request for comment on the matter, specifically on identifying which South Jersey county recently found the ballots.

Sweeney has been in the state Senate seat in South Jersey’s 3rd district since 2002.

The Associated Press called the race for Republican truck driver and political newcomer, Edward Durr, Thursday morning, with 100% of precincts reporting at 32,742 votes for Durr to 30,444 for Sweeney.

Durr, a Raymour & Flanigan furniture truck driver, ran a campaign based on his conservative and blue collar values. He ran a low-budget campaign, shooting a campaign video on a smartphone and rarely hitting the trail to meet with voters,  CBS New York reported .

"It didn’t happen because of me. I’m nobody. I’m just a simple guy," Durr said last week of the projected win. "It was a repudiation of the policies that have been forced down our throat, people told they can’t go to school, can’t go shopping. You cannot continue to tell people they can’t do things when we live in the freest country in the world."

"I want this job. I don’t want all the fame, but I want this job," Durr said. "I want to be the voice. I want to be somebody who can speak for the people. Because, one, I got a big mouth, so I like to make myself heard."

He made headlines last week for spending only $153 on campaigning, which he pushed back on as only showing data from May or June.

"You guys go in on the New Jersey Elect, obviously, and you find $153 filed. Well, that was back in May, June. That shows how behind New Jersey government is on keeping things updated," Durr said.

"I don't want people falling victim to wild conspiracy theories or online rumors," Ciattarelli said in a video last week. "While consideration is paid to any and all credible reports, please don't believe everything you see or read online."

Though the race between Murphy and Ciattarelli was surprisingly tight, strategists and politicians say no other New Jersey race was as surprising as the Durr-Sweeney race.

"No one on God’s earth could have predicted that," Democratic state Sen. Richard Codey said, according to NJ.com.

"Anyone who said they saw this coming is lying. Even Sweeney’s opponent didn’t see this coming," Democratic strategist Joshua Henne said of the race.

Here's another democrat who "found ballots!"  Ballots are supposed to be in somebody's custody at all times.

In Colorado, a mail ballot state, all votes must be received by 7:00 PM election day...except provisional ballots.

Yes, these suspicious "found" ballots need to be tossed

Not going to happen. Laws only apply to Republicans; never Democrats.

Having a flashback to Ohio and O'Connor?

As Yogi Berra used to say "it's deja vu all over again."

Having a flashback to Ohio and O'Connor?

Better still was late into election night of 2020 when reports of pausing or stopping for the night in key swing states filled the news. Cities in PA, Michigan and Wisconsin all had such reports. The evidence suggests that those 3 states never did actually stop counting. The truth is vote-counting continued in every state. That led to another dilemma: Biden got huge spikes in his number of votes, allowing hime to take the lead or nearly take it in all three. What I loved most was that in some states nobody could even guess how many ballots were outstanding, which was so reassuring for the Trump campaign/ s .  In Georgia ballots were continually "found" and they were predominantly for Biden, giving him the lead. I don't think we'll ever forget it.

Trump could complain all he wanted, but nothing could be proven.

I hear ya on that. You are talking about the same people who told us Trump colluded with Russia? That men can be women or vice versa?  That the 3.5 Trillion BBB bill will cost zero?

If we don't believe them, do we lose our credibility?

I think a lot of the people who visit these discussions believe us. It's just a gut feeling.

yep, and if i’m not mistaken those were the same people screaming about election integrity but somehow thousands of ballots that seem to pop up out of nowhere, heavily favoring one candidate, don’t sound an alarm of something amiss regarding election integrity.

“If we don't believe them, do we lose our credibility?”

That’s what i have read, how dare anyone question the crooked establishment.

I agree, but i, and many others, have doubts about the legitimacy of the 2020 election.

We all have the right to question. They may not like it.

The first item is an accusation, the second is not.

'They' have written books about that.

Most notably and most recently is the book Rigged.

They had to find " ballots" three times before they finally manufactured enough votes to get Christine Gregoire "elected". I wonder how many they will find this time.

Ballots, thousands of ballots suddenly found, hmmmmm, where have we seen this before? I’d love to know how many of these “ballots” are for sweeney. I’m sure it’s the vast majority of them. Mhhhmmm. 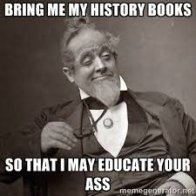