“I haven’t given you all a history lesson in awhile, and I wanted to give you a little history on homelessness,” Niceley said. “[In] 1910, Hitler decided to live on the streets for a while. So for two years, Hitler lived on the streets and practiced his oratory, and his body language, and how to connect with citizens and then went on to lead a life that got him in the history books.”

As the Tennessee Senate debated a bill that would classify camping on public property as a misdemeanor, Republican state Sen. Frank Niceley argued that homeless people had a chance to not just find shelter but also enjoy history-making lives.

But as he attempted to make his point on Wednesday about how homeless people could change their fortunes, Niceley picked someone who went from homeless to historical for all the wrong reasons: Adolf Hitler, the Nazi leader who led the genocide that killed millions of Jews.

“I haven’t given you all a history lesson in awhile, and I wanted to give you a little history on homelessness,” Niceley said. “[In] 1910, Hitler decided to live on the streets for a while. So for two years, Hitler lived on the streets and practiced his oratory, and his body language, and how to connect with citizens and then went on to lead a life that got him in the history books.”

Niceley, who said he supported the bill to criminalize homeless encampments on public property, added, “It’s not a dead end. They can come out of these homeless camps and have a productive life — or in Hitler’s case, a very unproductive life.”

Shortly after Niceley’s unsolicited Hitler history lesson, the state legislature passed   H.B. 0978   by a vote of 22 to 10, thus making the “solicitation or camping along a controlled-access highway or entrance or exit ramp” a misdemeanor resulting in a $50 fine and community service. The “permissive” bill, which allows local law enforcement discretion to punish homeless people, now heads to the desk of Tennessee Gov. Bill Lee (R), who is expected to sign it into law.

Niceley has faced backlash from Democrats and critics questioning why hewould even bring up Hitler when speaking on the topic of homelessness. Tennessee state Rep. Gloria Johnson (D) shared a video of Niceley’s remarks that has been viewed about 1 million times as of Thursday afternoon. The Democrat said that “not a single day passes without TN GOP embarrassing the hell out of our state.”

“I’m going to have to apologize to the universe for this guy,” she   tweeted .

Niceley did not immediately respond to a request for comment Thursday.

Despite the senator describing his statement is being a history lesson, Hitler did not choose homelessness. Having failed to gain admission to the Vienna Academy of Fine Arts, he used up his savings and ended up sleeping on park benches and begging for money.

Years before the Holocaust, he lived in a hostel for the homeless in Vienna between 1910 and 1913, with many of his friends being Jews, according to   the Guardian . Historians noted how Hitler described this period of homelessness as the “harshest and saddest” time of his life.

Republican lawmakers have invoked Hitler’s name in a variety of ways in recent years, whether it’s   comparing coronavirus vaccine mandates to the Holocaust   or   quoting from his memoir , “Mein Kampf,” on the House floor about the power of using a “big lie” to mislead a gullible public.

It’s not the first time controversy has found Niceley, who was a state representative before becoming a state senator in 2012.

In 2009, he was among a group of Tennessee Republicans who attempted to force President Barack Obama to turn over his birth certificate to prove he was born in the United States. Many figures on the right, including Donald Trump, perpetuated birtherism falsehoods about Obama during and after the 2008 presidential election. Nicely argued at the time that some of Obama’s Kenyan relatives said he was born in Kenya, according to the   Chattanooga Times Free Press .

In 2017, Niceley told   E&E News   that carbon dioxide, which has emissions that are a significant driver of climate change, is “not a pollutant.” He misleadingly stated that “it’s just as natural as oxygen.”

In October, Niceley argued that companies such as Ford moving to Southern states like Tennessee represented how the South was winning the Civil War, which ended in 1865. He mentioned a conversation he had with his grandson, who asked him if the South really lost the war. His answer: “It’s too early to tell.”

“You look at all these great companies like Ford Motor Company, Smith & Wesson coming down south, I think I can tell my grandson the war between the states is going on, and we’re winning,” he said.

Tennessee lawmakers have been grappling with how to address homelessness. The state had an estimated 7,256 people experiencing homelessness on any given day as of January 2020, according to the latest data from the   U.S. Interagency Council on Homelessness .

The bill argued in the legislature this week will expand punishments for unauthorized camping on state-owned property to all public property, making it a Class E felony, according to   WTVC .

Critics have been vocal against the bill, warning that convicting a homeless person “could potentially ruin someone’s life.” Democrats such as state Sen. Brenda Gilmore of Nashville argued this week that H.B. 0978 perpetuates the cycle of poverty in Tennessee.

“It just breaks my heart that we are criminalizing people who … have nowhere else to go,” Gilmore said. “And if you take and incarcerate their parents, then I think that again only multiplies the issue of taking their parents away from these children simply because they are poor.”

A day after the bill passed, many on social media pointed to Niceley’s “ very, very wrong ” comments in promoting Hitler as an inspiration for homeless people. The Tennessee Holler, a liberal news outlet, posted a   video   of a reporter repeatedly asking Niceley why he invoked Hitler’s name. The Republican did not answer.

Among those critics was MSNBC host Chris Hayes, who ridiculed Niceley’s uplifting “message to anyone out there experiencing homelessness.”

Junior Principal
2  Gsquared    one month ago

Adolph Hitler, the inspiration and role model for many in today's Republican Party.

Professor Expert
3  Hal A. Lujah    one month ago 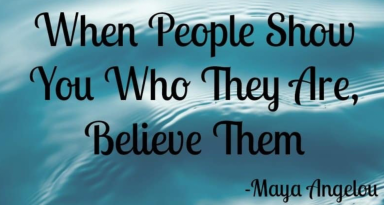