Do you split your Oreo? Researchers at MIT explain how to make the filling stick to one side

community » Discussions » Category » Health, Science & Technology » Discussion » Do you split your Oreo? Researchers at MIT explain how to make the filling stick to one side

Do you split your Oreo? Researchers at MIT explain how to make the filling stick to one side 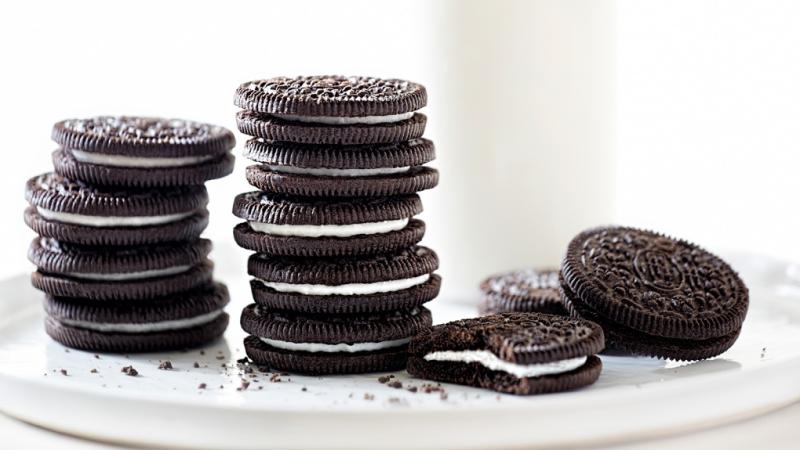 People can be very particular about how they eat their cookies, but researchers found that it might be harder than you think to control how they turn out. (Bartosz Luczak/iStockphoto/Getty Images)

Haven't heard of it? Well, you've probably studied it -- experimenting with dunking, twisting and separating to find the best Oreo eating experience.

Whether you prefer the filling intact on one half of the cookie or spread evenly when you open it up, researchers have asked the long-plaguing question: How do you make sure you get the Oreo just the way you want it every time?

"When I was little, I tried twisting wafers to split the cream evenly between wafers so there's some on both halves -- which in my opinion tastes much better than having one wafer with a lot of creme and one with almost none. This was hard to do when I was trying it by hand," said Crystal Owens, lead author of   a study published Tuesday in the journal American Institute of Physics   and a researcher in mechanical engineering at the Massachusetts Institute of Technology.

So, she bumped it up a notch. Researchers devised an Oreometer, a device designed to split the cookie with a scientifically precise amount of torque (a measure of force used to rotate an object).

The hope was that with the perfect twist, researchers could manipulate the cookie's filling to distribute evenly between the two wafer cookies. Alas, they could not.

"We learned, sadly, that even if you twist an Oreo perfectly, the cream will almost always end up mostly on one of the two wafers, with a delamination of the cream, and there's no easy way to get it to split between wafers," Owens said. For those of us who are not Oreo scientists, delamination is when something splits apart into layers.

If you do manage to separate the cookie evenly, it likely wasn't the result of your delicate, precise work, according to the study. That has more to do with the level of adhesion between the creme and cookie, which is altered by some factor before it gets to your hands.

What that could be is a question for a later study.

"We didn't even begin to answer all of the questions someone could ask about Oreos or cookies, which is why we made our Oreometer, so anyone with access to a 3D printer can make other measurements," Owens said.

Serious science for a silly question

Randy Ewoldt, professor of mechanical engineering at the University of Illinois Urbana-Champaign, was reviewing the study one night when his 11-year-old son peeked over his shoulder.

He knows his dad works in rheology, a branch of physics that studies the flow of matter between liquids and solids, but like most kids, his dad's work doesn't hold his interest for too long. Until he saw the word Oreo on the paper, that is.

"When we talk about the physics of complicated materials, and there are many, the Oreo cookie creme is one that is accessible to many people immediately," Ewoldt said. "To bring people into a much more complicated world, this may serve as an entry way for that."

The study is in Owen's mind every time she has an Oreo, and now she hopes it will get people outside of the field curious as well.

"The best scientific research, even at MIT, is driven by curiosity to understand the world around us, when someone sees something weird or unknown and takes the time to think 'I wonder why that happens like that?'"

The problem appears to be that the creme sticks to only one side when you pry open the cookie.  My suggestion is to heat the cookie to soften the creme, and then the creme will probably stick to both sides.

How do you like to eat YOUR oreos? - out of the package in original form?  Separated?  Dipped in milk?

Freshman Silent
2  bccrane    one month ago

Never really thought about it, but I usually separate the halves and eat the cream from the side it stuck to then eat the chocolate wafers.  It does seem that if I wanted the cream to stick to both wafers before separating them is I would push the halves together, increasing the adhesion to both halves, and with a twisting motion separate them.

Junior Silent
3  zuksam    one month ago

I eat them two ways, with milk I dunk and eat them whole. Without milk I pull them apart and scrape the filling off with a paring knife because I like to eat the filling and cookies separately.

I am not a fan of them but I do occasionally do eat them.  I just twist one cookie and the filling remains on the other.  It not exactly rocket science.  The only cookie I milk dip is a Chips Ahoy.  They soak up the milk really well.  Oreo's don't absorb as well and the time I did try it, all I got was milk running down my fingers.

Junior Silent
4.1  zuksam  replied to  Paula Bartholomew @4    one month ago

I use a dry washcloth to wipe my fingers off after each cookie. You have to hold oreos in the milk a long time and if the milk is really cold your fingers get cold too.

To keep fingers dry, when I did dip, I would dip a half of the whole cookie only, then after I eat that half, half the dry half, then eat the last quarter without dipping.  Dry fingers.

Professor Principal
5  JohnRussell    one month ago

I dont eat Oreos anymore, but when I did I'd stuff the whole thing in my mouth at once. Dont remember ever taking one apart.