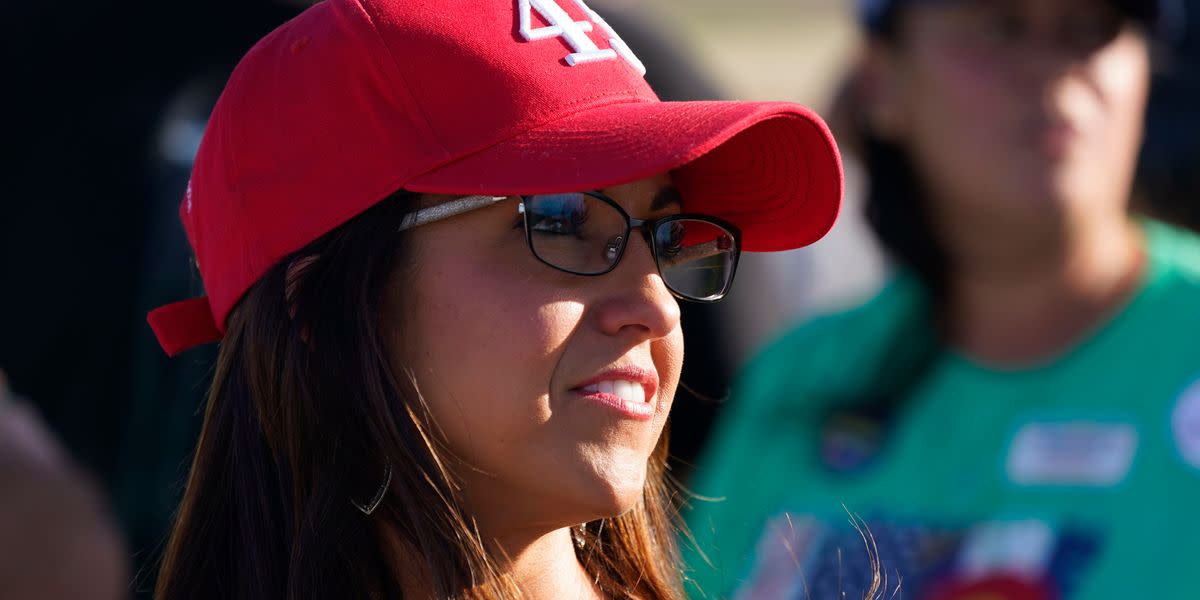 Rep. Lauren Boebert (R-Colo.) seized on the recent mall shooting in Copenhagen as evidence that strict gun control laws don’t work. However, she failed to point out that it was Denmark’s first mass shooting in seven years.

The U.S. has had more mass shootings this past weekend.

“There was just a mass shooting in Denmark, a country with some of the strictest gun laws in Europe. It’s time to admit that gun laws DO NOT stop mass shootings!” tweeted the Republican gun fanatic, who once had her children pose for a Christmas picture holding assault rifles.

A gunman killed three people and injured another four at a shopping mall in Denmark’s capital last Sunday. Police said the suspected shooter, 22, had mental health issues and was armed with a rifle when he was arrested.

Denmark has some of the strictest gun laws in Europe. Licenses to own firearms are typically available only for hunting or sport shooting after the purchaser passes a background check. There’s an almost complete ban on automatic weapons and carrying guns in public is prohibited. The country’s last mass shooting was in 2015, when two people and the gunman were killed in a terror attack.

According to the Gun Violence Archive, the U.S. suffered several mass shootings over the July 4th weekend, including one at an Independence Day parade in a Chicago suburb that left six people dead. There have been more than 300 mass shootings ― incidents where 4 or more people were shot or killed ― in the U.S. this year.

This article originally appeared on HuffPost and has been updated.

Are the people in Colorado somewhat lacking in intelligence to have voted this person to be their representative?

Professor Quiet
1.1  Ozzwald  replied to  Buzz of the Orient @1    one month ago

Are the people in Colorado somewhat lacking in intelligence to have voted this person to be their representative?

Between her and Ken Buck, I have to wonder what some parts of this state are thinking.

Well she DOES give the Crooks & Liars website lots of material.

"There have been more than 300 mass shootings ― incidents where 4 or more people were shot or killed ― in the U.S. this year."

Now, if THAT'S "The American Way", I guess I have to admit that America really is "EXCEPTIONAL".

Professor Principal
3.1  seeder  Buzz of the Orient  replied to  Greg Jones @3    one month ago

Are you okay, Greg?  I mean are you SURE you're okay?

If  they work so well, why do we still have  mass shootings?

If  they work so well, why do we still have  mass shootings?

Because the current interpretation of the 2nd Amendment of the Constitution is preventing any "strict" gun laws.

What is your definition of "strict"?

What is your definition of "strict"?

Which people? And what qualifies for a no?

Who decides who gets to own a gun and who doesn't?

Let's try to get to the point of the article, Greg.  She pointed to Denmark, where they had one gun multiple murder in the past seven years and said that that was an example that strict gun laws don't work.  It seems to me that they work pretty well in Denmark, especially if one compares it to the fact that America, that does NOT have strict gun laws experienced MULTIPLE mass shootings just in the last weekend.  I think that the strict gun laws in Denmark work damn well and wonder why America has to be a coast-to-coast shooting gallery.  It's about time Americans stopped trying to be fucking wild west cowboys.