community » Discussions » Category » Other » Discussion » 'Basically, I rent myself out': Here's how this Japanese man gets paid to do nothing

Shoji Morimoto, a 38-year-old Tokyo resident, charges more than a hundred dollars per booking to accompany clients and simply exist as a companion. 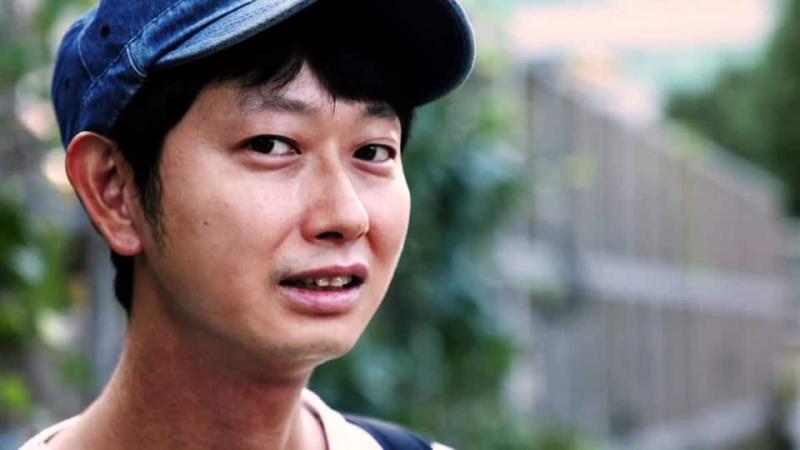 With a lanky build and average looks, Shoji Morimoto now boasts nearly a quarter of a million followers on Twitter, where he finds most of his clients. Roughly a quarter of them are repeat customers, including one who has hired him 270 times.  Source: Reuters / Supplied

Shoji Morimoto has what some would see as a dream job: he gets paid to do pretty much nothing.

The 38-year-old Tokyo resident charges US$71 ($104.56) per booking to accompany clients and simply exist as a companion.

"Basically, I rent myself out. My job is to be wherever my clients want me to be and to do nothing in particular," Mr Morimoto told Reuters, adding that he had handled some 4,000 sessions in the past four years.

With a lanky build and average looks, Mr Morimoto now boasts nearly a quarter of a million followers on Twitter, where he finds most of his clients.

Roughly a quarter of them are repeat customers, including one who has hired him 270 times. His job has taken him to a park with a person who wanted to play on a see-saw.

He has also beamed and waved through a train window at a complete stranger who wanted a send-off.

Doing nothing doesn't mean Mr Morimoto will do anything. He has turned down offers to move a fridge and go to Cambodia, and doesn't take any requests of a sexual nature.

Last week, Mr Morimoto sat opposite Aruna Chida, a 27-year-old data analyst clad in a sari, having a sparse conversation over tea and cakes.

Ms Chida wanted to wear the Indian garment out in public but was worried it might embarrass her friends. So she turned to Morimoto for companionship.

"With my friends, I feel I have to entertain them, but with the rental guy (Morimoto) I don't feel the need to be chatty," she said.

Before Mr Morimoto found his true calling, he worked at a publishing company and was often chided for "doing nothing".

"I started wondering what would happen if I provided my ability to 'do nothing' as a service to clients," he said.

The companionship business is now Mr Morimoto's sole source of income, with which he supports his wife and child.

Although he declined to disclose how much he makes, he said he sees about one or two clients a day. Before the pandemic, it was three or four a day.

As he spent a Wednesday doing nothing of note in Tokyo, Mr Morimoto reflected on the bizarre nature of his job and appeared to question a society that values productivity and derides uselessness.

"People tend to think that my 'doing nothing' is valuable because it is useful (for others) ... But it's fine to really not do anything. People do not have to be useful in any specific way," he said.

I missed my calling. LOL

One can understand why he would want to get paid for doing nothing, but it is less easy to understand why people would pay someone simply to sit across the table from them. They must be desperate to never be alone (or seen as being alone).

it is less easy to understand why people would pay someone simply to sit across the table from them.

It could have something to do with their degree of introversion.  I am an introvert who did not understand my aversion to any and all social commitments until I learned it is just how my brain is wired.  I am not shy.  I just find personal interaction to be draining in a short time.  This is why I like internet sites where I can participate on a level that I find comfortable.  Sometimes I have to take long breaks from participation, but still read the news and do research on topics that interest me.

People can be really offended when you show up and leave their events before everyone else.  Even though I understand why I have to leave, it is next to impossible to explain it to an extravert.

I can work happily with facts, figures and numbers.  My preferred occupation was working with animals of the four-legged variety.

I am one of the people who can well understand why people would pay someone to simply sit across the table from them.

Why Is Socializing Exhausting for Introverts? Here's the Science (introvertdear.com)

An introvert and an extrovert walk into a bar. (No, this is not a joke.) It’s a Saturday night, and the place is packed. A cover band is rocking on stage, dozens of people are talking loudly over mugs of beer, and it’s   loud .

The extrovert takes in the scene and gets excited. He sees opportunities everywhere — an attractive stranger at the bar, friends he can talk to, and the chance to cut loose and have fun. He walks straight up to his group of friends, slaps one of them a high five, and orders a beer.

The introvert sees the situation differently. He hangs back for a moment, looking around, taking everything in. Then, he walks quietly up to his group of friends and waits for one to acknowledge him before he speaks. He feels a bit overwhelmed, drowning in all the noise and activity, but he tells himself to relax: This is supposed to be   fun .

And the introvert   does   have fun, for a while. He drinks a beer and catches up with a friend he hasn’t seen since college. He even dances when the band plays his favorite song. But it doesn’t last. Soon, the introvert grows tired. Not just “I could use a quick catnap” tired, but   really   tired. His brain has turned to mush. He has trouble spitting out sentences. His whole body feels physically fatigued.

He’s getting an introvert hangover.

If an introvert doesnt want to be in a bar, I dont necessarily see how having a paid companion would change things. Youre still an introvert in a bar.

If an introvert doesnt want to be in a bar,

Introverts go to bars and other public venues.  It is just the time is usually limited compared to extroverts.

Please read info at link I provided if you want to understand (at least in part) how the brain is wired differently for extroverts and introverts.

He should have his own show on You Tube!

Good for him. Even with millions of people, sometimes people can feel alone.

Even with millions of people, sometimes people can feel alone.

And sometimes, millions of people are alone.  Maybe by choice and maybe not.

More than a quarter of American households are made up of people living alone as the ranks of senior citizens swell and younger Americans continue to delay life milestones that previous generations reached earlier in life.

There were 37 million one-person households in the United States in 2021, the U.S. Census Bureau   reported this week , representing 28 percent of all households across the country and 15 percent of the overall population.

In 1960, just 13 percent of households were occupied by just one person. In the past decade, the number of Americans living alone jumped by 4 million.

People, with social anxiety, may find it therapeutic to pay someone just to sit quietly with them for short amounts of time.

How to help someone with social anxiety? - Anxiety Medication

What are 3 symptoms of social anxiety?

Signs and symptoms of social anxiety disorder can include constant: Fear of situations in which you may be judged negatively. Worry about embarrassing or humiliating yourself. Intense fear of interacting or talking with strangers. Fear that others will notice that you look anxious.

Does social anxiety ever go away?

For some people it gets better as they get older. But for many people it does not go away on its own without treatment. It’s important to get help if you are having symptoms. There are treatments that can help you manage it.

At what age does social anxiety begin?

Social anxiety disorder affects about 5.3 million people in the United States. The average age it begins is between age 11 and 19 — the teenage years. It’s one of the most common mental disorders, so if you have it, there’s hope. The tough part is being able to ask for help.

What is the root cause of social anxiety?

The root cause of all social anxiety attacks is fear. When we fear being judged by others, when we fear judgment for ourselves, when we don’t fit into societal norms, or when we believe that it will be worse if we are judged — these are all triggers for our fears of embarrassment.

Is social anxiety the same as shyness?

Shyness is another trait that often gets mixed up with social anxiety and introversion. It’s even been suggested that social anxiety simply represents an extreme form of shyness. Like people with social anxiety, shy people usually feel uncomfortable around strangers and hesitant to open up in social situations.

find it difficult to do things when others are watching – you may feel like you’re being watched and judged all the time. fear being criticised, avoid eye contact or have low self-esteem. often have symptoms like feeling sick, sweating, trembling or a pounding heartbeat (palpitations).

Although it may feel like you’re the only one with this problem, social anxiety is actually quite common. Many people struggle with these fears. But the situations that trigger the symptoms of social anxiety disorder can be different. Some people experience anxiety in most social situations.