AUSTIN, Texas — City sidewalks that transformed into makeshift homeless camps as tens of thousands of illegal immigrants were released into downtown El Paso in recent months have been cleared out ahead of President Joe Biden's arrival Sunday.

AUSTIN, Texas — City sidewalks that transformed into makeshift homeless camps as tens of thousands of illegal immigrants were released into downtown El Paso in recent months have been cleared out ahead of President Joe Biden's arrival Sunday.

The hundreds of people camped out on individual blocks surrounding the Greyhound Bus Station and Sacred Heart Church have been moved out of eyesight by local El Paso police officers and federal Border Patrol agents, according to four law enforcement officials who spoke with the Washington Examiner on Thursday.

"The [community residents] that experienced it on a daily basis were fed up and they made it known," a senior federal agent wrote in a text message. "Crime was getting bad and many residents were complaining. Some migrants even took over private parking lots and were charging for people to use them for parking."

The undertaking began last week after authorities discovered several groups of people on the streets were pretending to have been released by Border Patrol but had never been arrested and were considered unlawfully present.

A second federal agent said law enforcement has responded to incidents of carjackings, stolen property, and drug possession and distribution. 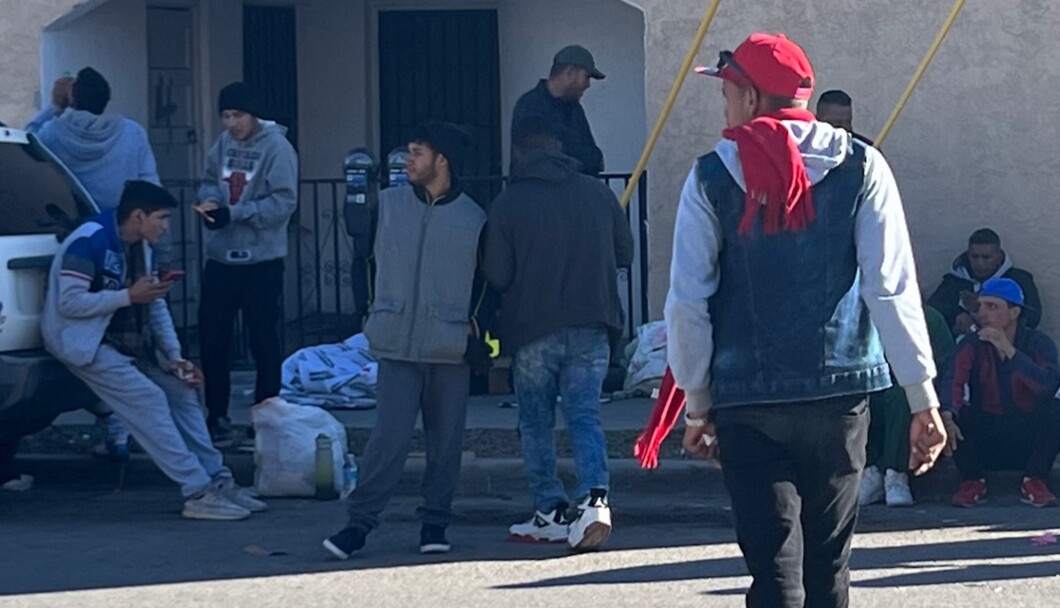 "Yesterday, [two] were pulled over in a stolen Jeep," the second agent wrote in a message, adding that the city had ordered the crackdown, not federal immigration officials. "Bunch of illegal stuff going on downtown. Business getting hit financially." 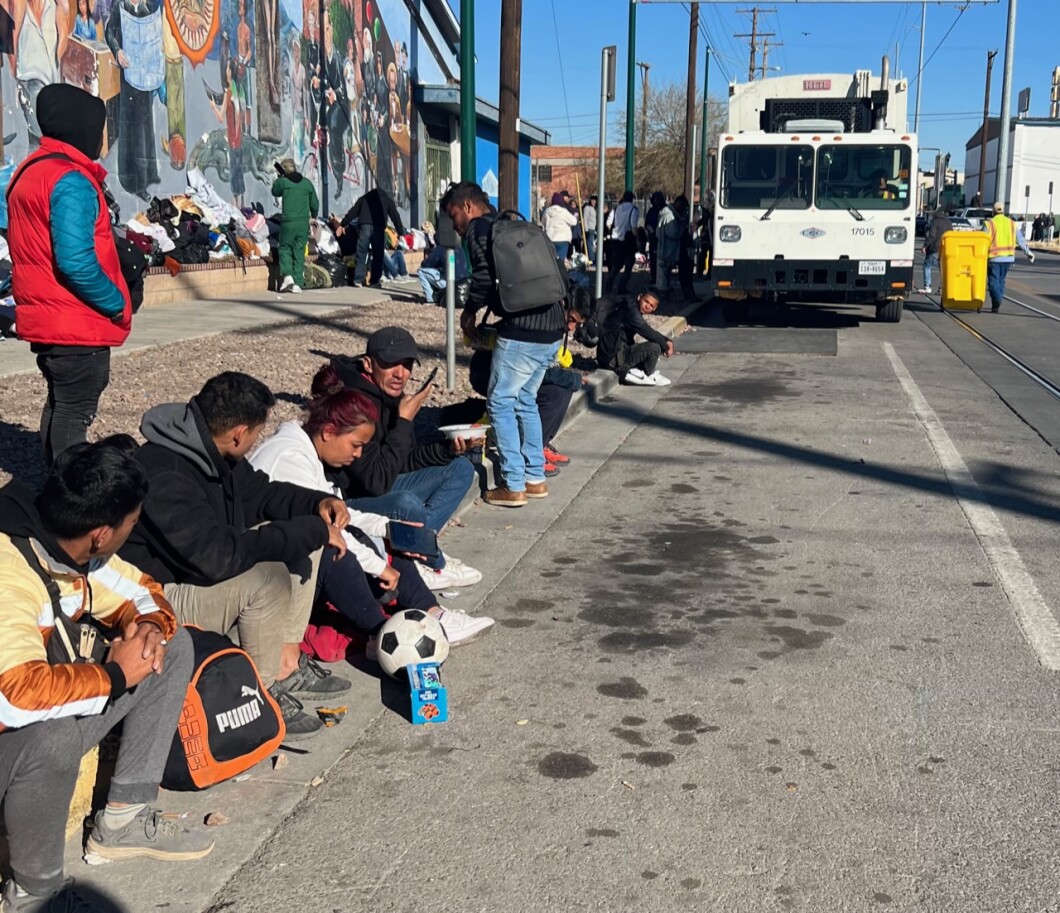 Border Patrol agents are not responsible for enforcing local or state laws but have been called in by El Paso police to help with immigration concerns, which only federal police can make arrests for.

"One of the issues is typically Venezuelans who come across illegally can't get shelter from the shelters or [nongovernmental organizations] because they don't have [U.S. Customs and Border Protection] paperwork," said a third federal official.

Police discovered young Venezuelan men were overwhelmingly on the street because they were not allowed inside city or private facilities that helped other immigrants.

The millions of dollars in funding that the Federal Emergency Management Agency has agreed to award to El Paso to cover the costs of helping immigrants on the street came with a caveat — the city and nonprofit groups must verify that every person who is fed or sheltered has documents showing they were released by police. 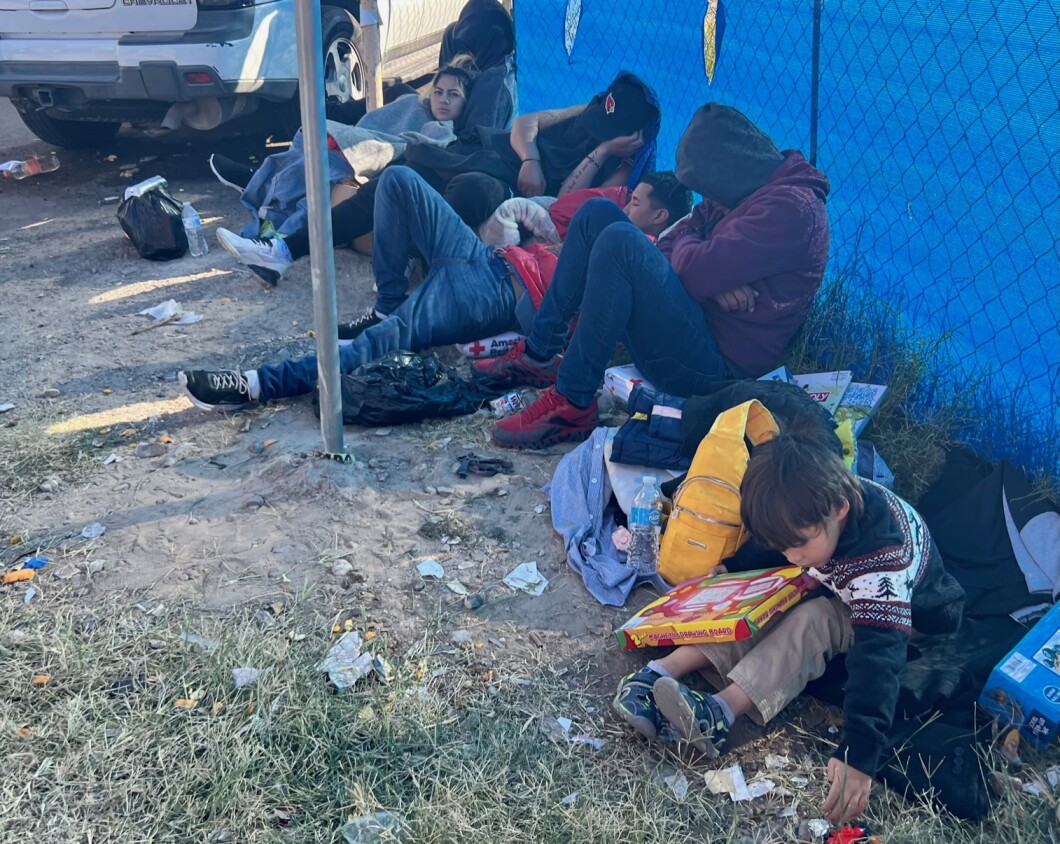 The documents each immigrant is given upon release would ensure that federal money is not spent on resources for immigrants who not only illegally entered the country but now also have no permission to be in the country and are not seeking asylum.

"In response to migrants evading apprehension in the El Paso area, the United States Border Patrol has increased the number of agents patrolling the area," a CBP spokesman confirmed in a written statement.

The first official said agents have approached individuals on the street and asked to see immigration documents.

"Border Patrol is searching for people that are not legally here. They are questioned. Once they can prove they are here legally or have been granted parole, there is nothing more," the first person said.

Only traces of the impact that the influx of illegal immigrants into the West Texas city will be visible when Biden stops by Sunday on his first trip to the southern border in five decades as a politician.

El Paso became the epicenter of the southern border crisis between August and December last year as more immigrants were encountered in the region than any other place on the 2,000-mile border.

Due to the high number of people taken into custody and the 2 million case backlog before the immigration courts, the Biden administration has chosen not to detain individuals through court proceedings. More than 1.5 million immigrants were released into the United States over the past two years, including 90,000 in El Paso from mid-August to mid-December 2022. 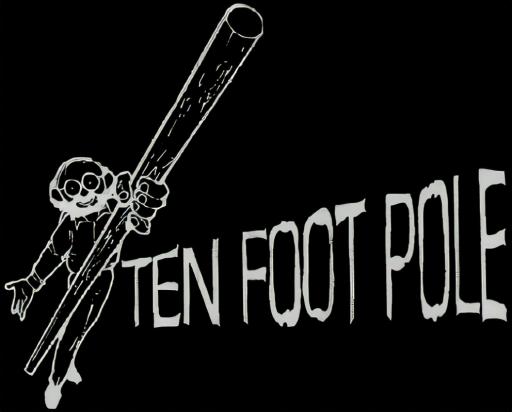 Out of sight, out of mind. For a mindless POS like Biden, this should come easy to him.

Professor Principal
3  Buzz of the Orient    4 weeks ago

I think that the powers that be realize that multiple screen shots broadcast all over showing homeless immigrants encamped on city streets wouldn't be a very good look for Biden after ignoring the border for 2 years.

I don't get it either.  IMHO they should have left everybody alone and altered the motorcade route down those streets so they can see first hand what the problem is.  We already know he won't actually go to the border or talk to the BPD Officers.

And some of the CBP folks in my neighborhood have been "advised" not to attend.

The bigger issue is security for the President and his entourage.  This appears to be typical security preparation for a Presidential visit.

No doubt. Probably no way to be sure of how many "untrustworthies" in a crowd of tens of thousands, although you would think that most would be fans. Perhaps the optics of so many cheering for him isn't something the administration wants?..

The people in charge of the President don't like the optics of what El Paso really looks like so they move the problem while Biden is there.

Its all about optics and denying reality.

Yep. Kinda like how they cleaned out Union Station. I wonder if he'll give a speech flanked by CBP officers instead of Marines this time? /s 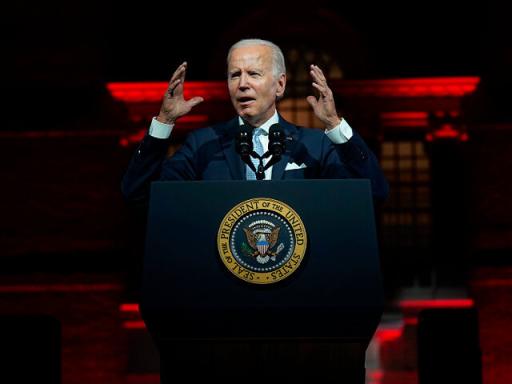 They should leave them there, that way Biden can truly point at it and have to say "I did that!".