A family member tells PEOPLE that while Kevin Mitchem was in the hospital, "he asked the medical staff to give him the shot" but "they had to tell him it was too late" 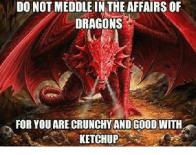 A husband and wife from Virginia died weeks apart after contracting COVID-19, leaving behind five children and one grandchild.

Kevin and Misty Mitchem, both in their 40s, fell ill last month, according to Fredericksburg-based newspaper The Free Lance-Star. Misty, 46, died on Sept. 23. Her husband, 48, died on Oct. 8.

The couple, whom the outlet reported met while in high school and were married for 17 years, leave behind their four children: Riley, 17; Leah, 14, and twins Taylor and Aiden, 11. Kevin also has a 22-year-old daughter named Angel from a previous relationship, whose son turns 2 next month.

Speaking with PEOPLE, Kevin's brother Mike says that he hopes the deaths of his brother and sister-in-law will inspire others to take COVID-19 seriously and get vaccinated.

"I knew how deadly COVID could be so I went to my brother and asked him to please get vaccinated," Mike tells PEOPLE. "His response to me was to show different memes and stuff that he found on Facebook. He believed all that to be gospel truth and I could not change his mind."

"The heartbreaking part was," he continues, "while [Kevin] was in the hospital, he asked the medical staff to give him the shot. They had to tell him it was too late."

Mike told The Free Lance-Star that his brother first started to show symptoms last month, but was sent home from an urgent care center with cold medicine. A few days later, when his health had not improved, Kevin returned to the facility and tested positive for COVID-19.

Just a few days later, Misty, who was diabetic, also began to feel unwell and was soon hospitalized, per the newspaper.

On Sept. 22, Misty's family learned she had to be put on a ventilator and that her kidneys were only functioning at 50 percent, reported The Free Lance-Star.

The following day, on Sept. 23, Kevin was also admitted to the hospital, according to The Free Lance-Star. Misty died hours later.

"My brother was healthy. He was still pretty much young and he had everything to live for," Mike continued. "He had five kids and a grandson and now all of them have lost him. It's hard on my parents. They're 73, and my mom said your kids are not supposed to die before you."

Following their parents' deaths, the four younger children relocated to South Carolina to live with an aunt and uncle, Mike told the outlet.

A GoFundMe has been organized to help provide for the children. As of Friday, the fundraiser has raised over $12,000.

"The main emphasis we would like to push is 'get vaccinated,' " Mike tells PEOPLE. "If not for you, then for your loved ones."

"If just one person gets their life saved from vaccinations, then we did our part," he adds.

Everyone who will discuss this with me is older, vaccinated and thinks it only kills older people like us.

They are wrong. FaceBook isn't wikipedia or a Doctor with degrees from Harvard & Yale.

Even kids are dying...

My cousin and her husband live in Richmond.  She's a few years younger than me, so I assume her husband and his siblings are about the same age I am, and I'm 47.  Her husband's sister died on October 3rd.  It was her second bout with Covid.

My cousin and her husband both also had Covid.  He spent some time in the ICU.  Neither were vaccinated.  She's a nurse, but their religion (which apparently is ok with the medical care she gets paid to provide) has a problem with vaccines.  Go figure.  They had just returned from a trip to Missouri where they travelled in a van with a bunch of teenagers and ate dinner in the crowded dining rooms of their hosts.  Their teenaged daughter also caught Covid, but she came through it pretty easily.

Get the shot, not just for yourself but for the people who depend on you.  Better protection for them than making life insurance payments.

Two weeks ago, I got the Pfizer booster in my right arm and the seasonal flue shot in my left arm.  I had a little soreness butt now, since my arms have fallen off, I feel fine.

This little joke may go "viral" on anti-vax disinformation sites.

It is advisable to let at least two weeks between any vaccines according to my doctor.  Where I got my Modernas won't even let you take the vaccine if you have had another type less than two weeks prior.

The CDC recommendation on the Pfizer third dose is that, if given with another vaccine on the same day, different sites should be used.  I got my flu shot on the first, and the third dose of Pfizer on the 8th.  I didn't want both arms sore at once.

I got a sore arm from both.  A few days after my third Pfizer shot, I got a swollen lymph node in my left underarm.  I'm a bit overdue for a mammogram, but I'll put it off a few more weeks, so I don't get a false alarm from that.  Also, it was sore enough that the required squishing of sensitive structures might have ended in violence.

Professor Principal
5  MrFrost    one month ago

Professor Guide
5.1  Paula Bartholomew  replied to  MrFrost @5    one month ago

Once again, covid fixes stupid.  It looks like Moderna is approved for a booster.  Mine is due in Nov.

Professor Principal
6  Kavika     one month ago

We keep hearing stories like this and it seems that it doesn't sink into those refusing to get the vaccine.

I mentioned a few days ago that the guy that built our house in MO died from COVID he was one that refused to get the vaccine. He was 48 years old and left behind 3 kids.

We keep hearing stories like this and it seems that it doesn't sink into those refusing to get the vaccine.

Professor Expert
7  Tacos!    one month ago

Hey, at least they died free. “Liberty or Death” right?

Sophomore Quiet
8  squiggy    one month ago

“A GoFundMe has been organized…”

Now, there’s independence - let the kids move in with uncle Larry and learn how to beg.

Throw the antis in the volcano.

Fell for the MAGA?