A plan that cannot be expressed in words in the course of three plus years is not a plan, it is a fabrication. 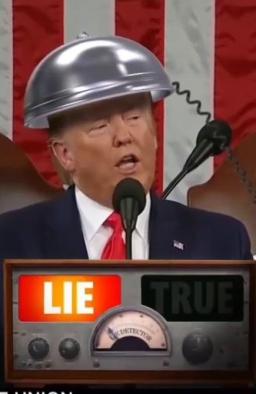 Ever since Trump tried to end Obamacare through Congress, which was 2017 I believe , he has been saying that he has a plan for healthcare that will cover people with pre-existing conditions.

A plan that cannot be expressed in words in the course of three plus years is not a plan, it is a fabrication. Bamboozlement.  He can't even flesh his "plan" out in generalities. He can't explain it at all and if a moderator asked him to lay out his health care plan in one minute there would be 55 seconds of irrelevant ranting.

I doubt the voters are falling for this, many people have woke up during the four years of watching Trump habitually lie.

After Trump's recent shenanigans, There are fewer supporters than there used to be.

Many of them in their grave unnecessarily because of Trump's policies.

Still far too many of them, and they will continue to be a problem going forward even after the Trump loss.  I'm guessing eight years worth of problem.

When you have people (some here) willing to literally crawl over broken glass to vote for him, you have just think wow, that is some messed up shiznit.  They had better hope that stupidity is not considered a preexisting condition when Trump has their health insurance cancelled.

Where is this plan that the 'president' has been saying for years now, that is coming SOON?