Grassland birds like meadowlarks were particularly affected over the past half-century. (Photo: Jack Dean III/Shutterstock)

If your backyard bird feeder seems a little less popular these days, it's not your imagination.

The number of birds in the U.S. and Canada has plummeted over the past 50 years, dropping by 29%, according to a   study published in the journal Science . That's an overall decline of 2.9 billion birds since 1970.

The study found there were large losses for every type of bird, from songbirds to those that migrate long distances.

"Multiple, independent lines of evidence show a massive reduction in the abundance of birds," lead author Ken Rosenberg, a senior scientist at the Cornell Lab of Ornithology and American Bird Conservancy, said   in a statement . "We expected to see continuing declines of threatened species. But for the first time, the results also showed pervasive losses among common birds across all habitats, including backyard birds."

For the analysis, researchers included citizen scientist data from information collections such as the North American Breeding Bird Survey and the   Audubon Christmas Bird Count . They also used data from 143 weather radar stations to look for declines in migratory bird populations. Additionally, they studied 50 years of data collected from on-the-ground monitoring.

Grassland birds, such as meadowlarks and sparrows, were particularly affected. They experienced a 53% drop in population — more than 720 million birds — since 1970. So many of these birds have likely disappeared due to modern agriculture and development, as well as pesticide use.

"Every field that's plowed under, and every wetland area that's drained, you lose the birds in that area," Rosenberg told   The New York Times .

Shorebirds were also hard hit because of their sensitive coastal habitats. Their populations were already "dangerously low," researchers said, but they've since lost more than one-third of their numbers.

The researchers tracked spring migration using radar in the night skies. They found that in just the past decade, it dropped by 14%.

"These data are consistent with what we're seeing elsewhere with other taxa showing massive declines, including insects and amphibians," said coauthor Peter Marra, senior scientist emeritus and former head of the Smithsonian Migratory Bird Center and now director of the Georgetown Environment Initiative at Georgetown University.

"It's imperative to address immediate and ongoing threats, both because the domino effects can lead to the decay of ecosystems that humans depend on for our own health and livelihoods — and because people all over the world cherish birds in their own right. Can you imagine a world without birdsong?"

Swans and other waterfowl have recovered due to conservation efforts and wetland protection. (Photo:  Phil Wood [CC BY-ND 2.0] /Flickr)

It wasn't all bad news, as researchers found a few promising bright spots.

They said waterfowl, like ducks, geese and swans, have made a "remarkable recovery" over the past 50 years. Researchers credit conservation efforts made by hunters, as well as government funding for wetland protection and restoration.

The study also found that the bald eagle has made an amazing comeback since the 1970s, when the pesticide DDT was banned and   endangered species legislation began offering protection to the birds.

"It's a wake-up call that we've lost more than a quarter of our birds in the U.S. and Canada," said coauthor Adam Smith from Environment and Climate Change Canada.

"But the crisis reaches far beyond our individual borders. Many of the birds that breed in Canadian backyards migrate through or spend the winter in the U.S. and places farther south — from Mexico and the Caribbean to Central and South America. What our birds need now is an historic, hemispheric effort that unites people and organizations with one common goal: bringing our birds back."

Professor Principal
1.1  JohnRussell  replied to  Buzz of the Orient @1    3 years ago

He sure isnt helping the birds.

So millions have been killed by windmills, since they already knew this in 2013 and you add on the years since, Greg was correct.

Flat out lie. Do you believe EVERYTHING trump says? SMFH.

Do you think they cause cancer too? LOL

Katrix has it right ..... cats kill more than all of those.   My last cat had a scorched earth policy in my yard when it came to birds ..... bird genocide .... stone cold killer she was.

Doubtful we'll get a ban on cats any day soon.

They are all at my mother's house. Trust me. She puts out enough bird food, dried bread, and rotten fruit to feed that many birds- plus any neighborhood skunks, possums, wood chucks, squirrels, chipmunks, and one very lost porcupine.

Great idea for a Christmas present for her - earplugs.

She loves the wildlife.  OK, so she can't stand the skunks (her youngest dog a boxer/retriever mix is nicknamed skunk bomb he has been sprayed so many times), possums, or crows. She is also scared to death of the porcupine; but it is easy to spot, and outside of taking way too long to eat has never done any damage outside of the tree bark and fencing.

I can't stand any of it, including her dogs.

Well, considering the environment there, I didn't think that if you visited you would stay too long - it would give you an excuse to leave.  In her case, it's permanent.

It certainly isn't a secret about chemicals affecting bird eggs and the success of bringing back eagles and other predators, but the continuous spraying of insecticides on a national and global level is inevitably going to kill more birds and upset the invisible balance of nature.

While many past Administrations have slowly attempted to rein in the worst offenders, Trump simply stopped any pending or future restrictions, so there won't be any improvement in North America anytime soon.

and the success of bringing back eagles and other predators

Just that alone could be why meadow-land birds are suffering those losses.  Just how many small birds need to be eaten everyday to keep those predators alive? 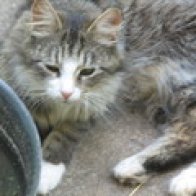 Cats are the number one cause of bird deaths. And they hunt for the fun of it sometimes.

My last cat was a stone cold killer.

In her prime their we no birds, mice, chipmunks, moles, etc in my yard.

Professor Principal
5  Sparty On    3 years ago

I think some folks here are forgetting (or never experienced) the DDT spray truck "spritzing" through the neighborhood.   Think Agent Orange for bugs.   We were safe as long as we staying in the house for a few hours to let the DDT settle.   At least that was what they told us ....... then the birds started dropping out of the sky.

Professor Principal
6  Sparty On    3 years ago

Not all the news is bad.

As a Life Member of Ducks Unlimited i follow the waterfowl population closely.   This is what those studies to have say:

Much of that success is due to DU's efforts at habitat improvement.   The people paying for this are mainly Duck Hunters not people like who wrote this article.

It's important to note that this is a long term study, going back to the fifties and while some populations are down, most of the long term averages (LTA's) are up.

Wildlife estimates don't get better than this.