An Occupy Wall Street Organizer , The Person Credited With Coining The Phrase "the 99 percent" Has Died.

David Graeber, one of the organizers of Occupy Wall Street, died about a week ago in Italy.  When "Occupy" was taking place I had some curiosity about what was going on there so I read a few articles about the background. The name David Graeber turned up and so I read a little about him, almost none of which I remember now, 9 years later. . He was an academic, and intellectual, and an anthropologist. He also took part in political activism in what most people would call the far left. As I recall, he was an anarchist from the left, as opposed to the anarchists from the right we know as extreme libertarians.

from his wikipedia page
Kate Burrell wrote, in the journal Sociology , that Graeber's work "promotes anarchist visions of social change, which are not quite believed possible by the Left, yet are lived out within social movements every day" and that his work "offers poetic insight into the daily realities of life as an activist, overtly promotes anarchism, and is a hopeful celebration of just what can be achieved by relatively small groups of committed individuals living their truth visibly."

In November 2011,   Rolling Stone   credited Graeber with giving the Occupy Wall Street movement its theme: " We are the 99 percent ". Graeber wrote in   The Democracy Project   that the slogan "was a collective creation".   Rolling Stone   said he helped create the first   New York City General Assembly , with only 60 participants, on August 2. He spent the next six weeks involved with the burgeoning movement, including facilitating general assemblies, attending working group meetings, and organizing legal and medical training and classes on   nonviolent resistance . A few days after the encampment of   Zuccotti Park   began, he left New York for   Austin, Texas .
Graeber argued that the Occupy Wall Street movement's lack of recognition of the legitimacy of either existing political institutions or the legal structure, its embrace of non-hierarchical   consensus decision-making   and of   prefigurative politics   made it a fundamentally anarchist project.   Comparing it to the   Arab Spring , he claimed that Occupy Wall Street and other contemporary grassroots protests represented "the opening salvo in a wave of negotiations over the dissolution of the American Empire."   Writing in   Al Jazeera , he noted that from the beginning the Occupy movement was about a "commitment to answer only to a moral order, not a legal one" and so held meetings without the requisite permits. Defending this early decision of the Occupy movement, he said, "as the public, we should not need permission to occupy public space".

I always thought that the anarchist element of Occupy Wall St. was a detriment to their goals. Almost by definition anarchy lacks organization and focus and goals and ultimately the OWS movement just petered out when it should have become a long term working class movement for structural change in the economy.

Newstalkers has a series of videos on You Tube where Perrie interviews some bystanders and participants at Occupy Wall Street. If you haven't seen them you can see Perrie looking all perky and enthusiastic as usual.  Just type in Newstalkers on the You Tube search .

I movement based on wanting access to their fellow citizens wealth was doomed to fail. 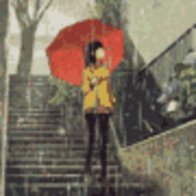 He sparked the younger generation to life and reminded them they could bring attention to issues that they were passionate about.  I agree it was doomed to fail.  It wasn't well organized.  The "asks" were unclear and those in power are very good at messaging.  They twisted it to appear as though people were asking for handouts.

They were asking for handouts that is why it sounded that way.

You are right some were straight communist.

MUVA, do you think there is a "99 percent" and a "one percent"  and do you understand that their objectives and needs in politics are not the same ?

I under stand there is a 10 percent that think they should just be handed everything and a 40 percent that pay no income tax.I understand some have the agenda of getting access to others wealth .

People who receive government assistance because they are POOR are not required to pay federal income tax. It would be absurd.

The "non payers" also include dependents, children, students, people in nursing homes, and the chronically disabled.     You do realize that don't you?

What is a chronic disability?I have a disabled son it is full time.

Don't twist my words.  I'm making a huge effort to have a discussion with you rather than back and forth gibes.

I'm not twisting words I'm admitting I left out a good portion of people at the occupy protest.

I'm not assigning labels.  People do things at certain stages in their lives based on their individual situation.  I don't think these people were communists.

The spirit of McCarthy is strong with some.

Have you ever watched OWS video and seen the flags being flown McCarthy my ass.

I was actually there and I didn't see any communist flags being flown unless you call the UAW communists now?

Most of the people there were very normal. Many were just curious about what was going on. The whole time I was there, I met 2 asshats and that was it. Otherwise, it was all very calm but loud.

Maybe you should have looked harder I will post them for you when I get home.