The boy, whose identity wasn't immediately released, had been on the terrace at 400 West 43rd St. doing his homework, his family told cops, according to the sources. 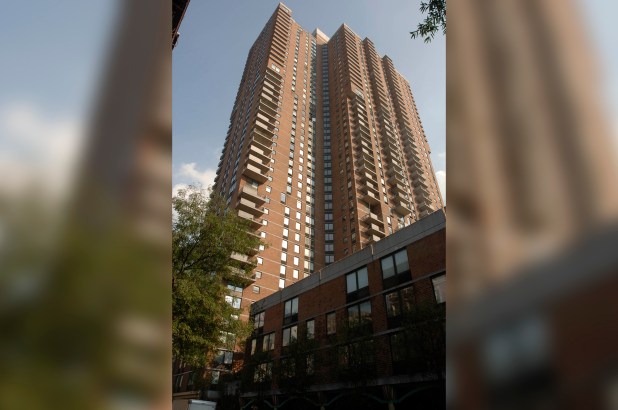 A 13-year-old boy fell 20 stories to his death from the terrace of his Manhattan apartment tower on Monday, in what investigators are probing as a suicide, according to cops and police sources.

Tragic teen Matthew Pierre was found around 6 a.m. lying unresponsive and shirtless on the ground outside his high-rise home on West 43rd Street near Ninth Avenue in Hell's Kitchen, police and sources said.

Just minutes earlier, Pierre had been doing his homework on the terrace outside his family's 20th-floor apartment, according to authorities, who noted that his mother and sister were home at the time.

NYPD sources told The Post that the fatal fall is being eyed as a suicide, citing cryptic writing found on the teen's computer, but the investigation remains ongoing.

Pierre's grieving family could not be reached, and residents of the towering building were tight-lipped in the hours following the death.

The 46-story building is one of two comprising the Manhattan Plaza complex, populated through the state's Mitchell-Lama affordable housing program.

Owing in part to its proximity to the Theater District, its residents through the years have included pre-fame Larry David and Alicia Keys.

Reopen schools, stopping children from socializing with their peers is killing them.

Politics is off topic

Professor Principal
1.1  Buzz of the Orient  replied to  MonsterMash @1    one week ago

Maybe his sister pushed him - about as plausible an explanation as suicide.  Not all siblings love each other.

Sophomore Participates
1.1.1  seeder  MonsterMash  replied to  Buzz of the Orient @1.1    one week ago

NYPD sources told The Post that the fatal fall is being eyed as a suicide, citing cryptic writing found on the teen's computer, but the investigation remains ongoing.

Teenage suicide has been around longer than covid.  Barring some sort of evidence that isolation from his peers caused this you are merely speculating.

Sophomore Participates
2.1  seeder  MonsterMash  replied to  JohnRussell @2    one week ago

Sophomore Participates
2.1.2  seeder  MonsterMash  replied to  JohnRussell @2.1.1    one week ago

Are you seriously saying teen suicides haven't increased since Covid?

Here's another story about a kid leaping to his death.