“Ever since we said 'I do', there have been so many things that we don't.” Lucy Ricardo

Not my usual nerd stuff, but something I will still find interesting: A Lucy Ricardo Biopic that follows Lucy and Desi as they face a crisis that could end their careers and another that could end their marriage. from Amazon Prime. In theaters Dec 10th; on streaming Dec 21st.

I'll wait to watch this streaming, but I think it'll be pretty entertaining. It's got a great writer/director and cast.

I'll wait to watch this streaming,

Same here EG. I've seen a great trailer and Kidman has Lucy's looks and comedy routine down pat. It looks like it will be a great performance. I have always enjoyed the I Love Lucy show, and still do.

This sounds interesting, but I'll wait for the streaming edition.

Some people have been sayin' Vitameatavegamin cures and prevents Covid.

Nicole Kidman doesnt strike me as a Lucille Ball type. If she pulls it off it will be a great acting job.

I do have faith in Aaron Sorkin, he knows how to write and make entertaining movies.

I agree, Kidman isn't a Lucy to me but as you said, Sorkin knows the business so I'll go with that.

You know it was supposed to be Fran Dresher. She seems much more like Lucy in personality and physical comedy. I'll reserve my opinion until I see the movie. 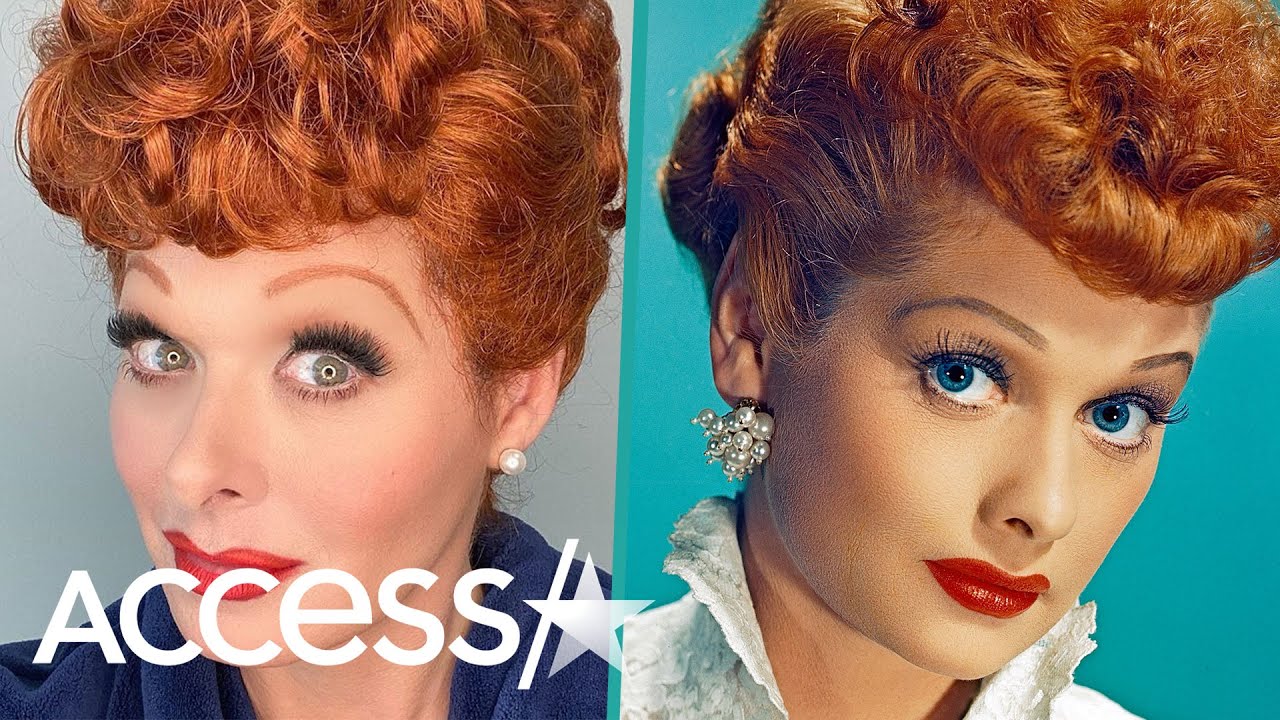 With Nicole Kidman and Javier Bardem reportedly being considered for movie roles as Lucille Ball and Desi Arnaz, one name was on many people's minds: Debra Messing.

The "Will & Grace" actress has taken some time out from tweeting nonstop against President Trump to retweet dozens of people who think she would be perfect to play the comedienne in a planned Amazon Studios movie, "Being the Ricardos." The movie, written and directed by Aaron Sorkin, follows a week in the life of "I Love Lucy" production, including a major fight that threatens to derail the Ball-Arnaz marriage,   Deadline   reported Monday.

She's not a big enough star I guess to appear in a major movie like this one.

That is who they got to play her? Wrong choice Imo.

I have never seen her be comedic on anything.

Maybe its not a comedy.

Interestingly, she was in the Marx Brothers' movie "Room Service" when she was only 27.

Lucy, you may have some explaining to do ... to your fans.

In the first full trailer   for "Being the Ricardos," the new Amazon film out Dec. 10, we finally get to hear and see Nicole Kidman as Lucille Ball. And two minutes and seven seconds later, some viewers were not quite sure what they saw or heard.

The sneak peek shows   what viewers may be able to expect from the film, which also stars Javier Bardem as Ball’s husband and co-star, Desi Arnaz. Written and directed by  Aaron Sorkin , the movie focuses on the couple’s life during one week of shooting their classic sitcom.

There appears to be quite a lot of trouble in paradise for the iconic couple, from allegations of infidelity to accusations that the FBI may be investigating them.

The trailer also takes a leap into the drama that took place behind-the-scenes of "I Love Lucy,"   showing Kidman as a troubled Ball   trying to navigate her challenged marriage and fading career.

Fans on social media seem to be divided about Kidman's portrayal of Ball.

"Legit emotional at the #BeingTheRicardos trailer,"   one person tweeted.   "Looks like a fantastic picture. P.S. I’ve been a Lucille Ball superfan since I was seven and I can confirm that   Nicole Kidman looks and sounds fantastic   as does Javier Bardem and the entire cast Star-struck I’m gonna be a wreck Dec. 10."

One person wrote on Youtube, "People have to understand that this is a biography drama about Lucille Ball’s life. Nicole is going to play the real person, not Lucy the character. End."

"Smells like Oscars to me," added another on YouTube. "Nicole making history for the hundredth time and i’m so here for it."

But not everyone was singing praises.

"I think Nicole Kidman is a good actress, but so far, her Lucille Ball seems about as believable as her Gretchen Carlson,"   one person wrote , referring to Kidman in the film "Bombshell."

Another person wrote,   "Idk how I feel about this Lucille Ball casting cuz she had an incredibly expressive face, and Nicole Kidman doesn’t really have that same facial range."

One person who will definitely be watching is Ball and Arnaz’s daughter, Lucie Arnaz, who  gave the project her blessing   earlier this year.

“Here’s the deal. You should understand. We are not doing a remake of ‘I Love Lucy.’ No one has to impersonate Lucy Ricardo nor do the Vitameatavegamin routine, or the chocolate factory routine or any of the silly things,” she said in January.

“It’s the story of Lucille Ball, my actual mother, not Lucy Ricardo, and her husband, Desi Arnaz, my dad, not Ricky Ricardo. There will be humor in the film, but it is a story of the two of them and how they met and what went right with finding the show, what went wrong, their relationship, their love affair.”

Microsoft and partners may be compensated if you purchase something through recommended links in this article.

After watching two trailers now, imo Nicole Kidman doesnt look anything like Lucille Ball.  If one ignores that fact I guess it might be good.

I've seen a lot of movies where actors/actresses have portrayed famous people whom they did have any physical resemblance to at all. The guy playing Ricky Ricardo does not look anything like him either. However, the many other actors/actresses were able to carry off their parts very believably by their own acting skills.

So I guess we will see if it will be true for the two playing Lucy and Desi. It should be interesting if nothing else.