Buzz of the Orient » Groups » Confucius 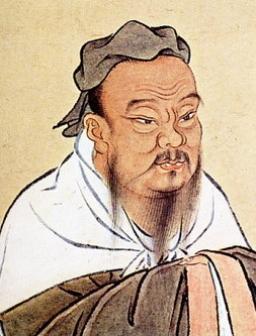 Confucius was a Chinese philosopher and politician of the Spring and Autumn period who lived from 551 B.C. to 479 B.C.. The philosophy of Confucius, also known as Confucianism, emphasized personal and governmental morality, correctness of social relationships, justice, kindness, and sincerity.

Confucianism, also known as Ruism, is a system of thought and behavior originating in ancient China. Variously described as tradition, a philosophy, a religion, a humanistic or rationalistic religion, a way of governing, or simply a way of life.

The purpose of this group is for the discussion of topics of interest that might not normally be posted by others, including those that tell the story that may be different from the articles/seeds posted by others elsewhere.

The Newstalkers Terms of Service (ToS) and Code of Conduct (CoC) are required to be strictly complied with in postings on this group.

The administrator of this group reserves the right, along with the site moderators, to moderate all and any postings to this group, including the right to enforce the ToS, the CoC, and also including anything that the administrator deems within his sole discretion to be offensive, including and not limited to off topic comments, with the power to delete in exercising those rights.

It would be best, therefore, to be civil in posting on this group.

By now it should be well known that I am unable to open certain sources, videos and pictures.  If I cannot, I will ask that they be described and explained.  If the poster refuses to comply, their comment will be deleted. Instagrams are banned.

Tucker Carlson Proposes The US Invade Canada To Liberate Them


Via: Buzz of the Orient  •  4 Comments  •  yesterday
Buzz of the Orient last wrote: Well, I don't think America couild win most Canadians' loyalty any other way, and even then there could be insurrections - after all, America has...


Via: Buzz of the Orient  •  2 Comments  •  2 days ago
Buzz of the Orient last wrote: Although I have tried certain aspects of TCM (Traditional Chinese Medicine) none of them did anything positive, and there is no way I intend to try...

The Doomsday Clock moves to 90 seconds to midnight, signaling more peril than ever


Via: Buzz of the Orient  •  7 Comments  •  5 days ago
Buzz of the Orient last wrote: The biggest concern I have is about Putin's mental health.  As The Shadow says: "Who knows what evil lurks in the hearts of men."


Via: Buzz of the Orient  •  3 Comments  •  5 days ago
Ed-NavDoc last wrote: Ardern created some of her own problems that led to her resignation. I doubt altruism or integrity on her part had much to do with it.

Dongzhi 2022 (Winter Solstice) - When and How Do Chinese Celebrate Dongzhi Festival?


Via: Buzz of the Orient  •  3 Comments  •  one month ago
Kavika last wrote: Very interesting article and for people around the world there are many ways that the Winter Solstice is celebrated. The Chinese way is quite...

'Thousands of Miles' on guzheng


Via: Buzz of the Orient  •  15 Comments  •  2 months ago
Buzz of the Orient last wrote: I really don't think so.  He was a proud new father who obviously loved hunting.  He just was careless in not unloading the chamber and putting the...